There is a lot of humour in the September 2017 (Issue 19) issue of KZine, a science-fiction, fantasy, crime and horror magazine for the Kindle. Two stories – “The Death Pool” by Jeremy Essex and “Forethought” by Eddie D Moore – had me laughing, and others made me smile. There is genuine horror, notably in “Gone Astray” by Dennis Bushlatov and “Dead Regret” by Simon McHardy, but the real star of this issue is “Past the Black Where Call the Horns” by Alex Acks, and excellent piece of science fiction.

Lubasha calls Terehov to tell him she’s lost, and quickly and impatiently relates the story. She had to be quick. This is short-story horror at its best, building tension and not quite ending.

“The First Wormhole” by James Mallinson

Scientist Mr Jacobs is being interviewed for the eleventh time about the hole that appeared under New York. And I was quite enjoying his tale of falling through a wormhole, and then it stopped, with a sudden and surprise ending. But it made me smile.

“The Einherja” by CR Hodges

The title refers to a berserk soldier from Norse mythology who happens to have slept with a Valkyrie. Harold Regis is a reluctant hero; a doctor who has developed a cure for cancer but is not keen on the limelight. That changes when a Valkyrie turns up at the party to celebrate his cure, and she beds him. Time for Harold to become a warrior. This is funny, even more so as I could not but help imagine the two appearances by the unnamed president as being in Donald Trump form.

“Past the Black Where Call the Horns” by Alex Acks

When the artificial gravity briefly cuts out, Mari and Brenner are understandably concerned, but the computer on their small ship sees nothing wrong. And is Jonah someone Mari created in her dreams, or something else? This is a fascinating story of space exploration, and an exploration rewarded with a discovery. The tension between Mari and Brenner adds a human element that skilfully enhances a gorgeous piece of science fiction. Well done.

“The Death Pool” by Jeremy Essex

This is seriously weird. What started as a straightforward murder-by-drowning story – a newly discovered sinkhole in a cave being the weapon – turned into an almost surreal horror, so much so as to have me laughing out loud. The story could have been called “Mark’s Face”, for reasons that will become obvious.

Is Hal Dumey stalking Elizabeth Schall, or is he her guardian angel? Hal doesn’t know, and neither do the three guys interrogating him. The story he tells them though seems totally unbelievable, but when he gets the call to help her again, they won’t let him go. I had to keep reading just to find out what was really going on.

A very short horror story. Edward is present at his own autopsy, and no-one can hear him scream. Cleverly told, and quite haunting.

“The Pros” by Rhema Sayers

Ben Forsyth spots an elderly couple, apparently separate but working together to steal jewellery from the stalls at a gem and mineral show where he is working as a security guard. They were clever, as one acted as a distraction while the other made wares disappear. Finishes with a nice twist.

I really did wonder where this tale was going as I read about Janna and her daughter Becks staying in a hotel after their house burned down. But this was another story that had me laughing out loud.

As usual, the issue finishes with brief biographies of the authors. The magazine was edited by Graeme Hurry and the cover art was by Dave Windett.

SteveRogerson, Thank you for practical information, pretty pictures and product lines.
The science behind them get me particularly interested in Past the Black Where Call the Horns and Wormhole. The issue otherwise sounds quite entertainingly comedic.

Would it be too telling to share why Edward was screaming his way through his own autopsy?

Starship Troopers: The Book, the Film and the Song

How you can lose your heart to Starship Troopers, in book, film and song 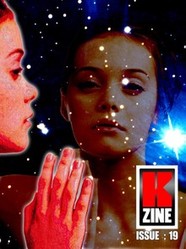 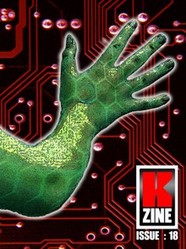 Starship Troopers: The Book, the Film and the Song

How you can lose your heart to Starship Troopers, in book, film and song
Loading ...
Error!