There are eight short stories in the May 2019 (Issue 24) issue of KZine, a science-fiction, fantasy, crime and horror magazine for the Kindle. The issue opens up with some mild humour courtesy of Maureen Bowden, and Eamonn Murphy also provides some comic moments in an otherwise scary tale. I loved Robert Wanton’s adventure story, and with some excellent writing by Edward Ahern and Matt Hornsby, it is hard to pick a winner this issue.

Oliver and his android assistant Phoebe have been dispatched to Ashtown in Merseyside to find why everyone has turned blue. This is a fantasy comedy, as you might have gathered, with most of the humour in the dialogue between Oliver and Phoebe. It did not have me splitting my sides but produced a few mild chuckles in an enjoyable read.

Larry is getting a little old for his job as an assassin, and a few too many vodka martinis were adding to his problems. But when a young woman was assigned as his senior partner, all was not as it seemed. Twist and double twist at the end of this intriguing short in which in a few words we learn a lot.

“The Convivial Society” by Matt Hornsby

“The Tower and the Sea” by Alexis Lantgen

Raza is set adrift in a boat alone to face the cruel, winter sea as punishment, because, as a sacred virgin, she should not be pregnant. A mix of love and pain, tenderly told.

“The Bed” by Eamonn Murphy

John took a fancy straight away to the ornately carved bed that he and his partner Geoff discovered during one of their house-clearing jobs. John’s wife Sandra hated it when he got it home, but John didn’t care. That was until both of them started getting weird dreams, the same dreams. And who was the skeleton in the flat cap? Slightly comic, slightly scary, and an odd way to save a failing marriage.

Heart-Eater is a bounty hunter who likes to invoke fear into those he hunts. The Zinker has kidnapped two children – Jenna and Beau – to lure Heart-Eater into a trap. Heart-Eater has the option of wiping out the gang, and probably the children too, or try a much riskier rescue mission. This is a good old-fashioned adventure story with lots of modern weapons and tactics. A fun read.

The fishing trade had been bad for Edaw, been bad for the town. Many of the fishermen were now with the ferries, but not Edaw. He believed there was another big catch in him, and noodlin’ might be the answer. Friendship, companionship and bravado help Edaw and his drinking buddies have an adventure. While good, the story struggles early on during the scene in the tavern in which there was too much dialogue for dialogue’s sake. While I appreciate the author was trying to set the scene, it goes on too long. If that had been trimmed down, it would have been a tighter story and better for it.

A sad story about a broken home and a little girl’s struggle to live there with arguing and sometimes violent parents. But she had a gift, one that would seem to be a blessing, but maybe not. A tough tale to finish; no happy endings today. Well written with a punch.

SteveRogerson, Thank you for product lines, pretty pictures and practical information.
In particular, Ashtown Blues, Convivial Society, Lily's Gift and Sunset Cruise interest me. Is a local Smurf population behind the blueness?

Steve Rogerson reviews the twenty-third issue of the Kindle science-fiction, ...

Doctor Who and the Daleks were not just for television but also had success o... 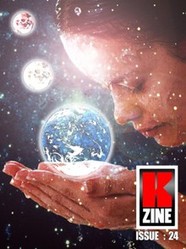 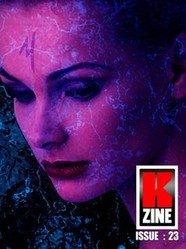 Doctor Who and the Daleks were not just for television but also had success on the big screen.
Loading ...
Error!