There are seven short stories in the January 2020 (Issue 26) issue of KZine, a science-fiction, fantasy, crime and horror magazine for the Kindle. My love of vampires attracted me to Eamonn Murphy’s story, which put a smile on my face. The best in the book for me, but there was no worst as this is a very enjoyable collection and a good mix of subject matter and styles. Somebody should film Tom Barlow’s story.

Leonard Michaels has one last mission before he retires as a seaman; he has something to sell, something that will bring him enough money to retire well. A pleasant little tale, though not hard to guess what he’d caught. And it could do with a comma in the first sentence, but apart from that, a pleasant start to the magazine.

Even vampires sometimes need the dentist, even more so given the growing amount of sugar in people’s blood, and Trevor Carter had an evening practice just to cater for this unusual trade. A mix of horror and humour, this story had me laughing out loud by the end.

“Blood will have Blood” by Tom Barlow

Jack and Liana are holding up a diner, but things go wrong when Liana shoots the chef. Jack decides to take refuge at his sister’s house. Happy families this is not. In fact, it would be hard to find a worse family. A straightforward and well-told story, with a lot of blood and a touch of humour.

“When Your Well Runs Dry” by Zane Mankowski

A sword and sorcery fantasy, a battle in a forest against winter itself, sacrifice, maybe love, maybe not. Two tribes, one conquers the other and takes its castle, but the defeated turns to magic to win back what it once owned. Given the way time and events get rewritten, this could have been confusing, but good writing guides the reader on the correct path.

Jay-Brand is an actor, of sorts. Like his fellow actors, he is drugged to perform as the directors want and the CGI and sound experts do the rest. But are the drugs taking a toll, he wonders, as a breakdown on a rail car leads him to act in a more natural way. When he took that experience back to work and started ad-libbing, there were consequences beyond what he could have imagined. A cautionary tale for TV executives playing to audience expectations a little too much.

“Rings Around Saturn” by Rosie Oliver

There is a race to salvage a satellite near Saturn, and the first-person, annoyingly-unnamed pilot looks like losing until he or she decides to take a risky route. It doesn’t go well but there is a surprise lurking. The story races along as the pilot mixes conversations with the ship’s artificial intelligence and the rival in the other ship. Definitely a gaming influence here.

I had to read this short story twice before I figured out what was going on, and I am not going to tell you. Have fun working it out yourselves.

The issue has the normal chapter with brief biographies of the authors. The magazine was edited by Graeme Hurry and the cover art was by Dave Windett. And it is available from Amazon as a print-on-demand magazine for those that do not like reading from a tablet.

SteveRogerson, Thank you for the practicalities and products.
At least you figured out Elijah's Memorial with the second reading. (I still haven't figured out whether anyone or anything got hurt on the last page of Robert Stone's story Helping, for 100 Years of the Best American Short Stories.) I look forward to my copy for that story and for the others (and perhaps figuring out why Silver Scales needs a comma in the first sentence).

Steve Rogerson reviews the twenty-fifth issue of the Kindle science-fiction, ...

In the third article of the series, a look at ten more of the best lesbian fi... 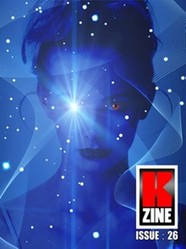 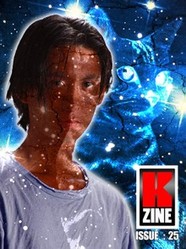 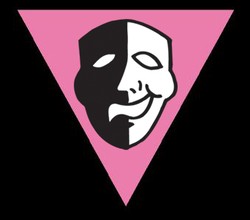 In the third article of the series, a look at ten more of the best lesbian films of all time
Loading ...
Error!