By the early 1960s, the Army was actively pursuing a second generation tactical nuclear missile to replacethe Honest John, Lacrosse, and other types. In 1962, Chance-Vought and Chrysler were picked to develop competing designs for the Missile-B program; this was to have been named Marshall, but the winning Vought missile would instead end up being named Lance.

Lance would use storable liquid propellants; as it was designed to be kept in storage for up to a decade with fuel in the tank, necessitating strict anti-leak measures during manufacture, given the hypergolic nature of the fuel and oxidizer. A distinctive mark of a Lance launch was the smoke emitted from vents on the missile's side, this being used to impart a stabilizing spin motion that the four fins could then maintain for the rest of the flight.


The first Lance flight test vehicle was launched at the White Sands Missile Range on March 17, 1965, with good results reported. During the development phase, the program's focus was shifted to a longer-range version able to hit targets up to 85 miles away, equivalent to the capabilities of the older Sergeant.

As high mobility was a requirement, Lance used as its launching platform the tracked M667 vehicle, a derivative of the ubiquitous M113 APC. A resupply vehicle using the same chassis was also produced, capable of carrying two missiles and equipped with a small crane for transferring the rounds. Lance was also air-droppable, although in this application a towed launcher (Hawker-Siddely M740) was used in place of the APC-derived vehicle. In this configuration, the system could also be carried as a slung load beneath a CH-47 Chinook helicopter. The APC-carried version could be carried by heavy transport aircraft such as the C-141; a mockup was even placed aboard a C-124 as part of a demonstration, although the Globemaster would be retired by the time that Lance was ready for operation.

The MGM-52 was reaching Europe by 1973, although development of the conventional warhead had been delayed. Lance was fairly widely exported, with missiles being sold to Italy, Britain, West Germany, Belgium, and Holland; of course, the nuclear warheads for the NATO-based missiles remained under American control. Lance was also supplied in a conventional-only configuration to Israel, which was reported to have developed a cluster munition for the type. Taiwan built a missile that closely resembled the Lance, but both this and a larger derived version were apparently abandoned.

In the late 1970s and early 1980s, the Lance, or rather, a new warhead version for the system, caused a good deal of controversy, both in the US and Europe. The W70 was a so-called “neutron bomb”, more properly called an enhanced radiation weapon, a 1 kiloton-yield “nuke” whose blast effects were minimized in favor of a high neutron radiation yield. Such a weapon could till destroy massed armor formations, but this killing power came mainly from the short-duration neutrons, thus allowing use closer in to population centers and friendly forces while vastly reducing collateral damage. Lance had been looked as a potential carrier for ER weapons since before it entered service, and several earlier types of proposed neutron warheads were considered for the system. The Carter Administration put off actually deploying the Lance in an ER configuration, but President Reagan later revived the effort, although the ER warheads would not be emplaced in Europe unless war looked likely.

As the basic missile was entering service, plans were put forward for improved models with solid fuel or a different liquid-fuel configuration, and enhanced guidance. There was also an early 1980s program that would have used the basic missile as a carrier for submunitions equipped with terminal guidance systems. This system would have been a force multiplier for NATO, each missile being able to interdict numerous targets without the use of nuclear warheads. Air-launched versions were also considered. The phase-out of the Lance was to have begun around the mid-1980s, but the system's lifespan was extended as the US and NATO nations haggled over whether the Follow-On To Lance program would be allowed to go forward. As late as 1990, long after nuclear reductions in Europe had begun, there was still pressure to field FOTL to preserve NATO's ground-based tactical missile capability. The project was finally abandoned with the reunification of the two Germanys, the breakup of the Warsaw Pact, and the Soviet pullback. Lance itself was phased out in 1992, although surplus missiles have been subsequently fired during theater missile defense tests.

Here's a great collection of patriotic biker patches that honor the US Army. ... 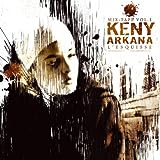 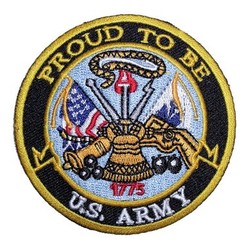 Here's a great collection of patriotic biker patches that honor the US Army. Very detailed and unique designs. Proudly wear them on your motorcycle jacket or vest.
Loading ...
Error!