Satsuma was something of a transitional ship - she was intended to be an all-big gun vessel, and indeed was started before Dreadnought. Although the first battleship to be to be built in Japan, her design was influenced by the British Lord Nelson class. There were not sufficient guns to give her an all 12-inch main armament, and thus the beam armament would take the form of an intermediate 10-inch battery. Together with her older style reciprocating engines, this helped relegate Satsuma to the status of "semi-dreadnought"; her sisterhip Aki had US-supplied turbines. Secondary armament consisted of a dozen 4.7-inch and four 3.1-inch guns; five 18-inch torpedo tubes were also fitted.

Satsuma was deployed in WWI to search for Graf Spee's raiding cruisers in the Pacific, but did not encounter the German ships. She was stricken in 1922 and sunk as a target in 1924.

The mid-1930s saw both Nagatos undergo a thorough rebuilding; the stacks were combined to a single unit, and "pagoda" masts appeared. protection was greatly enhanced in most respects, but this could only be achieved at the cost of increased displacement. New powerplants helped to compensate for this, but this only kept the speed at previous levels. The main armament was retained, but rebuilt with greater elevation capability.

Despite having been rebuilt to such a degree, the Nagatos were to see little combat during World War II, as by that time their once-impressive speed was not sufficient to keep up with fleet carriers. While laying in Hiroshima Bay on July 3, 1944 Mutsu suffered a tremendous explosion in the vicinity of the No.3 turret, killing all but 353 of the 1,474 men aboard her. The ship was split in two; the forward section immediately sank, but the aft portion floated for several days before heading to the bottom as well. Submarine attack was at first suspected, but Mutsu's loss was later attributed to an ammunition explosion. The IJN actually intended to recover and rebuild the ship, but such thoughts were soon put to rest. The wreck underwent salvage in 1970-78, resulting in the recovery of many artifacts, including the No.4 turret.

Nagato suffered damage from an air attack on 26 October 1944 at Leyte Gulf, and with oil supplies rapidly drying out, spent the remainder of the war at Yokosuka as a stationary battery, with much of her AA armament moved ashore. She took further airstrike damage, but remained afloat at the end of the war, the only Japanese battleship to do so. She was earmarked by the USN for use as a target ship for the 1946 Crossroads A-bomb tests; an American crew managed to get the barely seaworthy ship to Bikini, although part of the voyage had to be made under tow. Nagato survived the initial Able bomb dropped by a B-29, but the underwater Baker shot spelled her doom, although she would linger after the blast for a time before finally capsizing.

In November 1917, the British government announced to the world that it suppo... 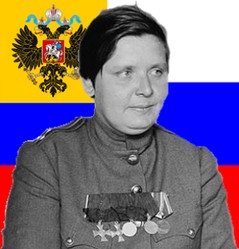 Sanctioned by the Tsar, Maria Bochkareva was a female soldier during the First World War. She was later selected to head an all-women battalion on the front line.
100%  25   10 JoHarrington
World Wars 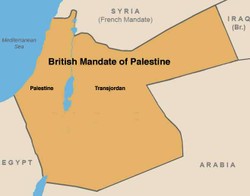 In November 1917, the British government announced to the world that it supported the Zionist creation of Israel; and it was willing to locate this homeland in Palestine.
100%  16   15 Prospero
Veterans