I compare and contrast the lives and work of Larry David and Ricky Gervais.

Larry David and Ricky Gervais are comedy superstars of the US and British comedy scenes.

David is best known for his role in the creation of the shows, Seinfeld and Curb Your Enthusiasm, Gervais for his part in creating shows such as The Office and Extras, as well as his movie career and controversial stand up act. Having emerged from humble beginnings, both men now have all the wealth and fame that they could wish for.

On the surface, their backgrounds and personalities seem quite different, yet their rags to riches life stories and styles of comedy has some definite similarities. So how do these two giants of comedy compare with each other over all?

Larry David was born to Jewish parents in Brooklyn, New York. He was educated at the University of Maryland and has degrees in History and Business. He worked as a limousine driver while he waited to get his big break in comedy. In 2009 he took a DNA test and discovered that he is 37% Native American.

Ricky Gervais was born into a working class family in Reading, England and has stated more than once that he believes that his birth was unplanned. He has described his childhood as a happy one. He pursued a career in pop music and radio before he switched to comedy.

Although he’d been performing stand up for some years and even managed to get one of his sketches performed on Saturday Night Live, Larry David’s big break didn’t really come until he got together with Jerry Seinfeld and created The Seinfeld Chronicles, a formative version of Seinfeld, which would become the most successful show in US television history. Since then he’s put together the critically acclaimed, Curb Your Enthusiasm, as well as been involved in a number of other television and movie projects.

Ricky Gervais first came to wide public attention in the UK in 1999 when he was given the opportunity by Channel 4 to replace Ali G on the 11 O’clock Show, appearing regularly with his own slot. He then had huge successes at the BBC with The Office and Extras. Since then he has appeared in movies, such as, Ghost Town, and The Invention of Lying.

Romance: Divorced from Laurie David in 2007.

What they say about each other

In 2011 Ricky Gervais appeared in Season 8 of Larry David’s Curb Your Enthusiasm.

Larry David on Ricky Gervais: “This has been the worst working experience I think he’s ever had, as far as I can tell.”  (Joke regarding Ricky Gervais working on Curb Your Enthusiasm)

Ricky Gervais on Larry David: “We went to lunch together in New York, when he was in town to do The Marriage Ref, and the bill comes and he gets his credit card out, and I go, 'Oh, thank you.' And he went, 'You didn't even go for your pocket.' It was like being on the show! (Curb Your Enthusiasm)”

How did a comedy about a group of social misfits become so popular? What is t... 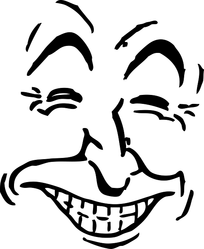 What are Green Cards: US Lawful Permanent Residency Explainedon 02/18/2013
Ad

How did a comedy about a group of social misfits become so popular? What is the secret of The Big Bang Theory's success?
Loading ...
Error!