The Lego learning toys are more likely to be played with when they are sued with a Disney theme. Unless Legos are used the educational toy value is lost.

The act of building with a Lego set can involve a great amount of creativity, and if a set is used it can teach following directions. If directions are not followed, the intended result will not be achieved. This is an important lesson for a child. And, Lego sets teach how things can be connected to form something new and wonderful.

In addition to being a teaching tool, Lego blocks can be useful in developing dexterity by the fact they require fine motor skills. In addition, hand to eye coordination is simultaneously developed.

These skills can be essential in development, so children should benefit in several ways from working with Lego blocks. Duplo blocks address the same developmental advantages in an age appropriate manner for younger children. Hence, Lego and Duplo blocks are much more than toys. The use of material that interest most children, such as Disney subject matter, can be an aid in providing the interest for the children to pick up the blocks and attempt reaching a final result.

The first step needed to find a Disney Lego set is to know what to look for, and then you must know where to find it.  The variety of Disney Lego sets is great.  Some of those I have found on Amazon are given below.

Lego has groups of sets, and they follow certain popular themes.

Search and find your favorite by entering Amazon and looking around.

Lego Sets Can Be Fun for Adults

Disney now owns Star Wars.  And, of course, there are Star Wars Lego sets.  These have multiple reasons for being popular, and make wonderful gifts for children.

Lego Pirates of the Caribbean

Another popular Disney theme is Pirates of the Caribbean.  A child can have quite a pleasant time building a pirate ship.

Pirates of the Caribbean Block Set

Sometimes a piece gets lost. The pieces are small. Or, for real creativity you may want additional pieces to vary the design provided by a set. For this reason Lego sells large buckets of generic pieces. They may not help replace a specialized piece, but they can certainly add to what can be done with a design.

So, what if you lose a specialized piece? You would need to order a replacement for it. Many can be found on Amazon.  And, when you consider shipping cost, and individual piece prices, if the set is small you might just replace the entire set. Of course, larger more expensive sets may be best handled with piece replacements.

Lego related Disney themed products also exist, such as the Disney Posters for Children and Kids Cars 2 pack of eight wall posters. Also available are Lego Disney Xbox games such as Lego Pirates of the Caribbean.

Never underestimate the importance of a Lego table.  It keeps the blocks off the floor, and they do hurt when stepped on.

Now Laser Pegs are out, which are similar to Lego sets but have lighting features.

I am familiar with Laser Pegs that are compatible with Lego blocks. If that is what you mean I have an article on them from last year.

blackspanielgallery, Are you going to be reviewing Lego pegs?

And the sets keep getting more interesting. It is unbelievable how many sets there are.
My son had buckets of blocks. Sets were not needed, Creativity is best when allowed to follow its own course.

Lego is timeless.
My husband is 63 and he saved his Lego for our children who have saved it for their children Therefore our grandchildren are playing with some of my husband's Lego. It is reputed to be very good for educational development. My husband and sons are very mathematical, my husband and oldest son being mathematicians. My youngest son has A level Maths; I blame Lego for all this Maths :)

I steam cleaned my husband's Lego for our grandchildren. ... and disinfected it too but I didn't bother doing that for my children when they played with it! :)
Grandchildren are even more precious.

Thanks. It seems Lego is willing to work with companies with popular themes.

Those are some cute Lego sets! I know some of the Friends series, but have not yet followed the Disney series. 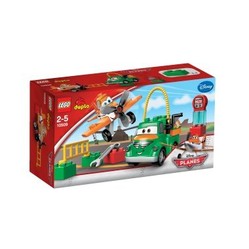 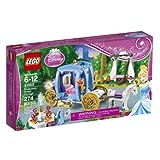