Life of Pi is a movie based on the book with the same title. Directed by Ang Lee, it tells the story of an Indian boy who survived a shipwreck. Is it worth watching? Find out here.

Here's a situation for you.

What would you do if the ship your whole family is on sinks before your eyes? You are lucky to have a boat with all the emergency supplies that you need, but there’s only one problem: You have to deal with a fierce competitor, a tiger.

This is what Pi, our main character, has to deal with in the movie “Life of Pi." The movie was directed by Ang Lee (Crouching Tiger, Hidden Dragon) and was released late last year.

Join me as I review Pi in his one-of-a-kind adventure. Is Pi’s story worth listening to? Is this movie worth seeing? I have the answers.

TRIVIA: Life of Pi is based on a book with the same name. A New York Times bestseller, it's written by Yann Martel and published in 2001. (See book cover on the right.)

The movie begins with a conversation between Pi, now middle aged, and a novelist, who comes to Pi because of his amazing story. During their conversation, Pi promises a tale that would make the novelist believe in God. And so he starts with his childhood...

Pi was born in India to parents who owned a zoo. As a kid, Pi was teased because of his unusual name. His parents named him Piscine Molitor Patel after a swimming pool in France. Somehow, Pi felt proud of his name, but when his classmates tirelessly called him “Pissing Patel,” he eventually had to change it to Pi, after the mathematical notation.

At an early age, Pi was able to discover and understand some of life’s greatest lessons because of his curiosity and sense of adventure. For instance, he ignored his brother’s warning on not badgering Richard Parker, their tiger, which led his father to teach him and his brother a valuable lesson in a “bloody” way. When he was 13, his brother dared him to enter a Catholic church and drink the holy water. But even before he could touch the water, the priest saw him and offered him a glass of water. As a consequence, Pi was “introduced” to Christianity, which is an addition to the religions he was already acquainted earlier in his life, Hinduism and Islam.

At 16, Pi’s father decided to immigrate the whole family to Canada. The original plan was to sell the zoo animals in Canada, and then settle there. So on board a Japanese ship, Pi’s family and their animals set sail to Canada.

One night, the ocean was hit by a storm. Pi woke up, and being the curious child that he was, he decided to climb up on the ship’s deck to see the action. He asked his brother to come with him, but he preferred to sleep.

At the ship’s deck, Pi enjoyed the turbulence. But when the waves got too strong, the ship was out of control, and Pi realized they were in danger. As the storm started damaging the ship, Pi tried to go back to their cabin to save his family. But a crew forced him to a lifeboat which sailed away from the ship. From afar, as the ship sunk, Pi realized he would never see his family again.

When Pi woke up, the skies cleared and the ocean was calm. He was on the boat, and before he could even move, he realized that he was in the company of a zebra. When he turned to the right, he saw an orangutan floating on a bunch of bananas. Pi welcomed the orangutan in. Then, out from the boat’s covering, a hyena appeared, attacking and killing the zebra and eventually the orangutan. Then suddenly, Richard Parker, the tiger, appeared from the boat’s covering, attacking and killing the hyena.

At this point, there are only two creatures on the boat: Richard Parker and Pi. And for more than 200 days, they will struggle against each other to survive.

Life of Pi doesn't employ a lot of characters. It centers on Pi's story as a young boy in India, as a teenager who survived a shipwreck and stayed at sea for 227 days, and as a grown-up man who settled in Canada.

Other characters include Pi's parents, his brother Ravi, the novelist at the start and last part of the film, the ship's crew that include Gerard Depardieu as the cook, and of course, Richard Parker.

I watched Life of Pi on the first week of January (2013), and until now, I’m still thinking about it. If you saw “Inception,” you’ll know what I’m talking about. But the difference is that Life of Pi’s effect on you is a toned-down Inception.

In other words, this movie makes you think. There are several elements, scenes, and parts that make a good conversation piece -- things that make you go “huh?” or “Can someone explain that to me?” It’s a character-driven movie, and Ang Lee (and perhaps Yann Martel) successfully left the audience hanging.

SPOILER: Read at your own risk.

At the end of the movie, middle aged Pi mentions that when the Japanese employees came to visit him at the hospital, he told them two types of stories. The first one involves animal characters (orangutan, tiger, hyena, zebra), and the second one involves real people (Pi's mother, the sailor, the cook, and Pi).

If you make an effort to think of what this means, somehow, WE are the Japanese employees. We only believe what we want to believe, or what we think is possible to believe.

1. Huh? He didn’t grow a beard?
At 16 years old and spending 227 days at sea, Pi didn’t grow a beard? I want to give the benefit of the doubt that somewhere in the boat, there’s a shaver, or that he used his knife to shave his beard. But nah. I don’t think so.

2. He just lost your family. Why not sad?
Is it bad acting? Is it the way it’s supposed to be? Is it a cultural thing? Tell me, please, because I’m dying to know how someone can move on that easily after losing your entire family in a shipwreck.

Honestly, I didn’t like the movie because at the time when I watched it, I didn’t want to think. I just wanted to be entertained and relax. I was expecting to see a fantasy movie, but when I realized it was trying to confuse my brain cells, I was disappointed.

But before you throw tomatoes at me, let me just say this again.

One of the strengths of the movie is that it has several elements that are subject to audience interpretation and speculation.

Therefore,if you’re the type of person who prefers philosophical movies, or something that makes you think such as “Inception,” then “Life of Pi” is for you.

However, if you’re the type who watches a movie for the sole purpose of being entertained, this is NOT for you. It’s not a fantasy movie, so you might get bored.

VII. Own and Watch "Life of Pi" on Blu Ray

VIII. Other Books by Yann Martel

Can't get enough of Yann Martel? Here are some of his books that you might be interested in reading.

Some Books About Endangered Animals...

Books About Lions
Top books about lions for kids and adults; these books make a great reading list

Books About Panda (the Animal, not Google's Algo Update) Wink!
Top books about panda for both young and young-at-heart; save the panda by reading a book!

Did You Watch "Life of Pi"? What Do You Think?

Ang Lee took a chance on a newcomer actor.
http://suite101.com/article/introduci... 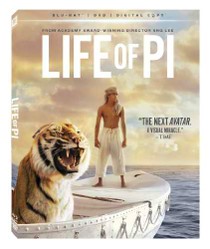 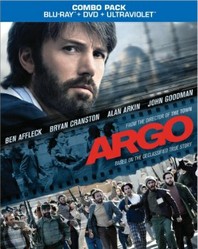 Directed by Ben Affleck, Argo (2012) tells how a CIA agent rescued 6 American diplomats from the hands of militants in Tehran, Iran. Is it worth watching? Read this movie review.
37%  3   4 squidooprincess2012
Movies

Flight (2012) stars the handsome Denzel Washington. Here’s my personal Flight (2012) movie review. Find out here if the movie is worth watching.
Loading ...
Error!