Making Your Own Juggling Clubs

Ever wanted to juggle clubs (or pins) and didn't have the money to buy a professional set? Follow along as I make my own out of easily found materials and basic tools.

Ready for something a lot more exciting?

Making Your Own Juggling Clubs

Right now I am in the middle of making a set of do-it-yourself juggling clubs (pins). I have the professional version so this is just a ‘can I do it’ challenge. I’m better with fine art than constructing things so it should be interesting.

After researching some tutorials on the topic on Youtube I gathered most of the parts. I did make a set of similar clubs back in the 1970’s from a book called The Juggling Book by Carlo. He was like the Zen master of juggling. It seems a lot of people learn to juggle in their 20’s and then quit by the time they are 30.  I never saw a reason to quit. It was part of my income stream for many years. I learned in college with oranges.  We were trying to pass six oranges between 2 people on the college lawn.  Before we were done we were laughing our heads off and covered in orange juice. Fun times.

Eventually I married my juggling partner. It wasn’t long before we realized we needed some bonafide juggling clubs.  But we were pinching pennies and trying to afford our rental home.  So we made them out of plastic rubbing alcohol bottles and broomsticks. They were funky and handle heavy but we learned how to pass clubs with them.

When we started making money with our juggling show, we bought more professional clubs and I had forgotten all about the homemade version until one day in San Luis Obispo CA when I ran into a street performer that had made his own set of six juggling pins. He said he got the directions on Youtube. So when I got home that's the first place I looked.

The versions on Youtube have made some improvements. I think the tennis ball split in half and added to the end of each club was a brilliant idea. I remember our homemade clubs were terribly unbalanced.

I had to postpone my project until the New Year because December was a zoo. But I'm ready to dive in and make them now.

Juggling clubs may be harder than juggling balls or beanbags, but its way more fun and a lot flashier.

Once I get them made I’ll write more about them. For now you can see the tutorials others have already made for us.

Tutorial
Unfortunately my favorite tutorial doesn't allow embedding, so please go to this link instead.

They Need Redecorating Now and Then

If you are lucky enough to get some 'hand me down' juggling clubs, or if you beat up yours and need to fix them, you can strip off their pajamas and give them some spiffy new decorations.  If that is the case, watch the zebra print tutorial. I used to have a zebra print vest; those would have accented it nicely.

Repair What You Have

Some Juggling Photos of Me

Jugglers can get away with wearing all kinds of whimsical things.

Handel's Halleluia Chorus has long been a favorite musical offering for the C...

Arjun Porwal is a talented performer who has had a lot of success making vide... 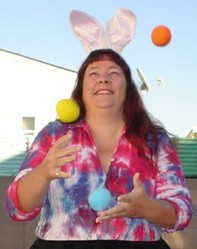 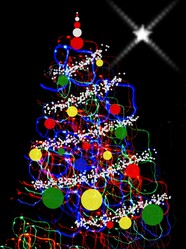 Handel's Halleluia Chorus has long been a favorite musical offering for the Christmas season. Here is a different take on the Halleluia Chorus from Inuit circles.
51%  10   3 BardofEly
Street Performing 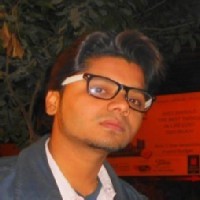 Arjun Porwal is a talented performer who has had a lot of success making videos for fiverr.com clients. He is hoping for his break as a Bollywood actor.
Loading ...
Error!