Neo Tokyo is a post-apocalyptic city. The former was annihilated by a massive bomb and WWIII. Is it about to happen again?

A glorious Cyberpunk manga set in a violent dystopia - does it get any better than this?

'Akira' charts the story of the telekinetic Tetsuo, as he walks a narrow line between gangland killers and corrupt government officials. It seems that everyone wants him dead, while he is mostly just wracked with lack of self-esteem.

Neo Tokyo is the setting for a world AFTER the total war, which destroyed civilization as we know it.

Tetsuo Shima doesn't want to be a hero. He just wants to survive. 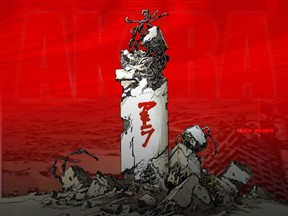 It is 31 years after a devastating blast destroyed Tokyo. Uninhabited and uninhabitable, gang warfare and terror tactics rule the ruins of the city.

Survivors were forced to create a makeshift island in Tokyo Bay, on which to build Neo Tokyo.

It's a nightmarish, dog eat dog society, where each citizen is suffering the traumatic, psychological aftermath of World War III.

In addition, no-one is really sure of the long-lasting effects of close radiation on their minds, bodies and abilities.

Enter Tetsuo Shima. He's riding his motorbike through the squalid streets, when it suddenly explodes beneath him. He is injured, but worst still is the knowing what caused it. A psychic child, using the power of his mind, willed it to happen.

Moreover, the shock seems to have awoken similar latent skills of his own.

This should give him an edge, in a city where only the strong survive, but that is counting out Tetsuo's own mental state. His inferiority complex and nerves have always placed him in the shadows of his own street gang. (Everyone is a member of one of those. The alternative is to have no protection at all.) The leader, Shotaro Kaneda, will not take kindly to anyone able to challenge his authority.

If that wasn't bad enough, then what about the struggling, besieged government officials? They also want to mobilize every advantage they can wrangle, in vain attempts to restore law and order over their city. Someone with telekinesis will be instantly targeted and drafted into service, whether they want to or not.

Buy the manga to enter Katsuhiro Otomo's dystopian world exactly as he envisaged it.

Will Akira be used to destroy the city and wipe out all humanity again? 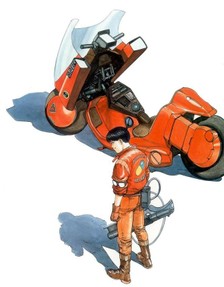 Feeling pressured and torn in all directions can do strange things to a person's mind. This is especially true if they are in fear for their lives.

Tetsuo snaps; and it's fair to say that he's mentally unsuited to assuming control of his own street gang, determined to protect himself at all costs from all comers.

As he goes head to head with Kaneda, the stakes are too high. Violence and death can be the only outcomes; and even if he wins, then the government are waiting in the wings.

Meanwhile, what is the truth behind the whispers about Akira? Nobody knows, but the reports are disturbing. It all seems linked with the explosion that wiped out the past and ravaged the present. Is utter destruction about to be unleashed again?

There's talk of projects and experimentation, with human subjects at the fore. Akira could be a person or it could be a force, under the control of the unnerving Colonel Shikishima. Resistance movements are already amassing against him.

But he is also the official with his sights set on Tetsuo; and perhaps the only one who can save him in the turf wars that threaten life and limb.

Psychologically disturbed and with such horrific decisions ahead, what will he do? Sorry, no more spoilers! You'll have to check out the story itself to find out.

The Legacy of Akira in the West

This manga is largely credited with introducing popular Japanese story-telling to American and European readers. 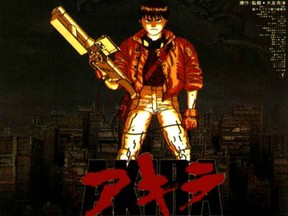 Until Akira, Japanese manga had made no great in-roads into Western culture. But this was a story whose time had come.

Written in 1984, its dystopian, post-apocalyptic themes fitted very well into societies hungry for more Blade Runner. That film had been released just two years previously and it had sparked a whole sub-culture of cyberpunks.

This was also the era of atomic bombs and the threat of total nuclear war grabbing headlines, immobilizing protest movements and filling the nightmares of individuals fearful of the future.

Akira ticked a lot of boxes, thus it was embraced with open arms. It helped that Katsuhiro Omoto is a master story-teller, who crafted something quite wonderful with this classic manga. He was to win the Kodansha Manga Award for it, during the year of its release.

But the real legacy of Akira is that it opened doors. Those exposed to Japanese manga and anime through it, looked to read more still. This is how stories like Bleach, Naruto and Death Note managed to even be known in the West, let alone become so popular. Akira was, and is, really that good.

Essential Manga: What is Bleach?
Ichigo Kurosaki has been battling Hollows and guiding souls to the afterlife for a decade in Tite Kubo's mega-manga, Bleach.

Poll: Do you enjoy Akira?

It's more Cyberpunk than Steampunk, but it's definitely worth checking out!

I'll look into it! I have a weakness for steampunk!

This sounds interesting! I might have to look into it more when I have some free time :) 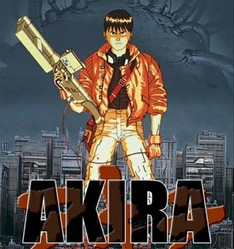 Imagine finding a notebook on the floor. Imagine that any name written within it would cause that person to die. What then?
69%  12   5 JoHarrington
Manga

Ichigo Kurosaki has been battling Hollows and guiding souls to the afterlife for a decade in Tite Kubo's mega-manga, Bleach.
42%  5   4 JoHarrington
Manga

Naruto is the bullied and neglected kid, but there is far more to him than meets the eye. His destiny is about to change his life.
Loading ...
Error!