This year Mardi Gras will be different, but there are positives that might just become permanent.

Now that January 6, the beginning of Mardi Gras season, has passed attention turns to Mardi Gras. It is a fine point of the actual start of the Mardi Gras season, since the reason for using January 6 is it has traditionally been the Feast of the Epiphany. Currently, the Catholic Church shifts some feasts to Sundays, so it could be argued the season started on January 3 this year. Since people often start early, the official start of the season is not significant.

With Covid there is a problem with parades. People on the floats can distance themselves, but that would mean fewer people could ride a float, and there is no practical way to enforce distancing the crowds who would watch the parades. So, Mardi Gras parades, a significant part of Mardi Gras, have been cancelled. The exception was the Phunny Phorty Phellows, a group who ride streetcars instead of floats. They proclaim the beginning of Mardi Gras and have made their trek this year.

Many organizations have extravagant balls, and most are by invitation only.  With the restriction on large gatherings, and by large it now means even a small group, the balls cannot exist.  During a normal year some must be held before the season starts, limited by available venues.

King Cakes are large pastries that usually have purple, green, and gold sugar on them, and a small doll hidden inside.  The doll represents Jesus, and tradition requires one to wait until the Feast of the Epiphany to indulge in eating King Cake.  Of course, bakeries earn much of their annual income from King Cakes, so they often start selling early.  Some bakeries now change the colors and sell similar items for Christmas, Saint Patrick’s Day, and so on.  Yet many only partake during the Mardi Gras season, realizing if something is special it can lose much of its appeal if overdone.

There is no problem with King Cakes, since they are bought to be eaten other than within the bakery.  Of course, parties associated with King Cakes are problematic.

New this year are house floats.  People can hire the float makers and have their homes decorated for Mardi Gras.  I believe the intent is to hand out maps so people can pass participating homes.  This will be like driving past a parade in a crude way, since a real parade also has marching groups.

The reasoning behind the house floats is to employ some of the artists who would normally be working on parade floats during the economic impact on their profession.

A three-night event, offered free, will be available on three consecutive nights in February.  There is quite a list of entertainers, bands, marching groups, celebrities, and so on.

This has the potential of being great, since those who cannot venture out to parades can participate.  It can also bring a form of Mardi Gras worldwide.  The entire event is now supposed to run for four and a half hours, but if you record the event it can be watched in more than three segments and at better times for your location.  I realize many friends on Wizzley are currently asleep.

Perhaps this can remain an annual event.

Many people in this area redecorate their plastic Christmas trees with Mardi Gras decorations.  Centerpieces are also available, and many homes have something to provide the spirit of the season within.

Mardi Gras Decorations
After Christmas comes Mardi Gras, and the season of Mardi Gras starts January 6. That means you can decorate your Christmas tree with a Mardi Gras theme instead of taking it down.

Out of the disarray comes innovation from creative minds, and positives can become permanent for future generations.

The introduction image is a Zazzle product from my Zazzle creations, and the image on the product is my own.

During the Mardi Gras season the tradition is oval shape and purple, green and gold. The season has a varying length, since Mardi Gras always falls the day before Lent, and always starts January 6. To make more money bakers started baking open heart shaped cakes colored in red for Saint Valentine's Day. red and green cakes for Christmas, and if one wanted to make a cake for Saint Patrick's Day it would be green, and perhaps in the shape of an open shamrock. They are quite creative. One baker sells a chocolate version, I believe, and calls it a Queen's cake. It is up to the baker. There is no rule. True French King Cakes do not even look like the ones here, but can be found at a certain French bakery, I believe they started this, and the French who came to Louisiana, named for King Louis of France, brought and altered some traditions.

Re-visiting this article brought to mind a question that I'd meant to ask you previously.

In the comments below, you describe short-season cakes as having the same taste but different colors and perhaps different shapes. What do the bakers do if they want to make a Saint Patrick's Day cake in a signature shape during a not particularly long season?

Traditionally, King Cakes are sold from January 6, the Feast of the Epiphany, until Mardi Gras. This year the season is particularly long, Mardi Gras coming March 1 and the Feast of the Epiphany was moved by the Church to the preceding Sunday, so it was January 2. To make a larger profit when the season is short they sell for Valentine's Day in red, Christmas in red and green, and Saint Patrick's Day in green. The color is just food coloring, so the cake tastes the same. Sometimes the shape is altered, like a heart for Valentine's Day.

blackspanielgallery, Belated wishes for a Merry Christmas and a Happy New Year!
This week, I've been listening to Quirquinchos de corazón by Awatiñas. Their infectiously enthusiastic celebration of the world-famous Oruro Carnaval made me think of your article about New Orleans' yearly Mardi Gras.

Previously, I meant to ask you why are some bakeries not employing the usual gold, green, purple colors in King Cakes, what colors do they employ instead and why do they use these substitutes?

Mardi Gras is normally huge in New Orleans, and much of south Louisiana participates, including Baton Rouge and Lafayette. The area of impact stretches west to Houston, Texas, and east through coastal Mississippi and certainly to Mobile, Alabama, which has an older celebration than New Orleans. This area had different cultural origins, having been settled by France and Spain, two countries that were Catholic. It is a time of plenty before the somber period of Lent. Hence southern Louisiana in more impacted than northern Louisiana.

blackspanielgallery, Thank you for all the practical information, pretty pictures and product lines.
Are Mardi Gras celebrations historically big revenue sources for all Louisiana or predominantly for New Orleans? It's impressive how innovative people are being to make sure that people who look forward to the celebrations are not disappointed.

The Mardi Gras King cake is a significant part of the season. This popular t... 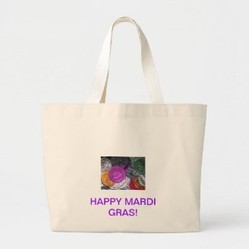 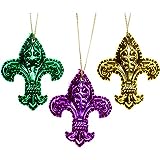 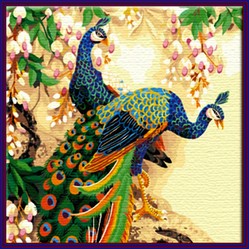 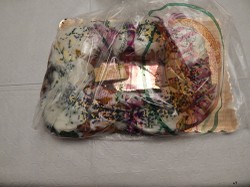 The Mardi Gras King cake is a significant part of the season. This popular treat is enjoyed my many.
Loading ...
Error!