Mary Boleyn Marries William Carey: Were Her Children Really His?

Mary Boleyn and William Carey were married on February 4, 1520. They had two children, but were those two children really Henry VIII's?

On February 4, 1520, “the other Boleyn girl” Mary Boleyn married her first husband William Carey. This was a match determined before Henry VIII ever fell in love—or lust—with Anne Boleyn. In fact, around this time Mary was his mistress. However, the dates for her being his mistress are debatable but considered somewhere between the late 1510s up to 1526. Their marriage was possibly a way for Mary to become Henry VIII’s mistress, but was certainly convenient. When Mary Boleyn fell pregnant, there was the plausible explanation for Henry VIII that William Carey was the father.

Who Was William Carey?

Mary Boleyn married William Carey but do you know much about him? 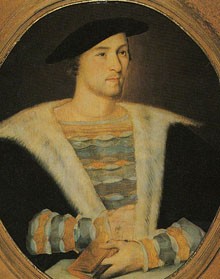 William Carey was an Esquire of the Body, so very important in the eyes of the court. Considering the Boleyn and Howard standings during this time, he was the perfect husband for the Boleyn girl. He was also kin to Henry VIII and descended from Edward III. Henry’s mother, Margaret Beaufort, was cousin to William’s grandmother.

It is also through William Carey’s line that the royal family are connected to Mary Boleyn. William’s mother was Margaret Spencer. For those who recognize the surname Spencer, you will know it was Princess Diana’s maiden name. The name has survived all this time, and thus the Princes William, Harry and George are all related William Carey and connected to the Boleyn line through marriage.

The Marriage of Mary Boleyn and William Carey

Mary and William married in 1520, shortly before the suggested date for Mary's affair with Henry VIII.

The two lived at court just after their wedding, since William had such an important role. This meant that Mary was kept close to Henry VIII. While there are chances that Mary caught the king’s attention there, she may have also caught it while in France where she was the mistress to Francis I. By 1522, Mary and Henry VIII had started their affair.

William Carey started receiving new titles and rewards for allowing the king to use his wife. These were in 1522, 1523, 1524, 1525 and 1526, suggesting that Mary had been the king’s mistress for at least four years. This brings up the question of whether Henry VIII was the father of Mary Boleyn’s children, who were both given the surname Carey.

Other Wizzley Articles Surrounding Mary Boleyn and Her Family

Mary Tudor, Queen of France: The Scandalous Sister of Henry VIII
Mary Tudor was the youngest surviving child of Henry VII and Elizabeth of York. After the death of her husband, Louis XII of France, she did something that no-one would dare to do!

Anne Boleyn: The First Queen Consort to be Beheaded
Anne Boleyn was the second wife of Henry VIII and the first to be beheaded. She started with such a promising life in the Netherland and then France.

George Boleyn - The Unfortuate Brother of Anne Boleyn
George Boleyn has had an unfair portrayal in most of fiction and was convicted of incest with his sister, Anne Boleyn, and executed on May 17, 1536. Was he really guilty?

William and Mary had two children together, but there are suggestions that they are both Henry VIII's illegitimate children.

Mary Boleyn had two children during her marriage to William. Her first was Catherine Carey in 1524. The second was two years later, and a boy Henry Carey. Henry VIII never acknowledged either of the children, but that does not mean they were not his. There are two suggestions for his refusal to acknowledge them.

When the first was born, it turned out to be a girl. By 1524, Henry VIII already had one illegitimate child who he’d acknowledged and that child was a boy. He also had a legitimate daughter. There was no need to acknowledge another girl. Had Henry Carey been born first, it may have been different. By 1526, Henry VIII was showing signs that he was getting bored of the Boleyn girl, and would not have wanted something tying him to her like there was with Bessie Blout. Of course, Henry VIII also had no reason to acknowledge the children when he already had Henry FitzRoy.

There is also the factor of Mary’s marriage. She would have been having intercourse with her husband, which led to the question of whose children were they. This was enough for the court to believe that the children were William’s. In fact, some of the contemporary evidence points to Henry VIII’s affair with Mary ending during the summer of 1525. This would have meant there was time for Henry Carey’s conception but it was more likely William’s child.

Some historians, like Eric Ives, suggest that Mary’s children were William’s. Considering the two would have been living together at court and the timing of the children, it would make more sense. Henry VIII showed signs of fertility problems, even at this point, which would mean the children would not have just been two years apart. The children also both survived childhood and even lived into adulthood—getting married and having children—something that very few of Henry VIII’s children managed to do.

Did Henry VIII Even Have an Affair with Mary Boleyn?

Before considering Mary's children as Henry's, did the two even have an affair. Evidence supports the probability. 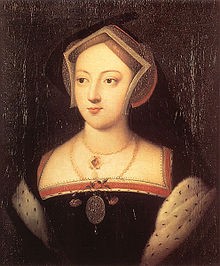 With the king refusing to acknowledge a potential illegitimate son, it has led to some people question the validity of Mary having an affair with the king. There is contemporary evidence to support this.

First of all, Henry VIII hinted towards it when he was accused of an affair with Mary and Anne’s mother, Elizabeth Boleyn. He outright stated “never with the mother,” which hinted that there was something with Anne’s sister. Second of all, he had to ask the Pope for a dispensation to marry Anne since he had had carnal knowledge of her sister. This would have led him to the same predicament he found himself in with Catherine of Aragon, who had been his brother’s wife.

The royal grants between 1522 and 1526 also suggest that Henry and Mary were having an affair. There would have been no reason for Henry to reward William.

Mary Boleyn was arguably lucky that her children were never recognized as Henry VIII’s. After the death of William Carey, she married a soldier and was turned away by her family for marrying someone lowlier than her family name. While banished from court, Anne Boleyn fell from grace and her family with it. Mary and her children were away from this at the time and never suffered because of it, unlike her parents.

Mary’s family were back at court shortly after Anne Boleyn’s downfall. Catherine Carey was maid-of-honor to Anne of Cleves and Kathryn Howard, and both brother and sister were at the court of Elizabeth I. Arguably, they had a better life by not being part of all the politics of the throne.

I agree! I think marrying for love and being banished was the best thing that ever happened to her. It may not have seemed it at the time but I think a few years later she was relieved. 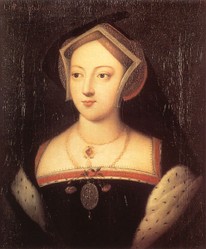