Mike Tyson is a legend in boxing and a celebrity whose achievements are celebrated in many collectible and exceptional posters.

Mike Tyson has made a name for himself in boxing circles over the years and has accumulated not only trophies and awards, but also a less than enviable reputation of the bad man of the sport.

His antics have been well documented, but he has nonetheless earned the respect of his followers and fans alike.

There is no doubting the fact that the life and times of Mike Gerard Tyson has been shrouded in controversy and debate. But regardless of your stand or opinion, you would have to agree that he is one of the best boxers to have ever climbed into the ring and is immortalized in many posters available today, including this Mike Tyson Autographed Poster.

Indeed, at one time in his career he was acclaimed as the youngest ever boxer to win all three WBC IBF and WBA heavyweight boxing titles at only 20 years of age, and was the first to ever hold all three at the same time. This amazing accomplishment took place in 1986.

His achievement earned him ‘superstar’ status and elevated his image to include not only many famous posters but also various other promotional products which were and are still adored by fans the world over.

Mike had a chequered career to say the least, both inside and outside the boxing ring. In 1992 he was convicted of the crime of rape and subsequently spent the next 3 years in jail. When he was released from jail he went back to the boxing arena to take up where he left off.

After several fierce bouts with renowned boxers of the likes of Frank Bruno and Bruce Seldon, Tyson went on to fight Evander Holyfield and it was in a rematch with Holyfield that Mike Tyson was famously disqualified for biting the ear of his opponent.

The Tough and Committed Boxer

He was well known for his brutal and menacing style which assured fans of an enthralling and entertaining match no matter where in the world he was fighting. His fans adored him, and still do to this day. He is an inspiration to many, despite his controversial past, and that is why so many people want a poster of a champion to hang on their walls. There are no better posters that portray a tough, committed boxer than those of Mike Tyson.

Mike Tyson retired from the professional boxing arena in 2006 after being knocked out in fights against both Danny Williams and Kevin McBride.

During his career it is estimated that Mike Tyson earned around $600 million, but despite this he actually filed for bankruptcy in 2003 unable to keep pace with his extravagant lifestyle. He was known to indulge in expensive hobbies such as the purchase of elite cars, motorcycles, boats, Clubbing and Hollywood style mansions.

Unfortunately, as happens for so many celebrities, Mike Tyson’s lifestyle was unsustainable. It was a tragedy for him to lose so much wealth.

Rumor has it that Mike is now living in Nevada.

Do You Believe Mike Tyson Is The Best Heavyweight Boxer In The World?

My Other Articles About Posters 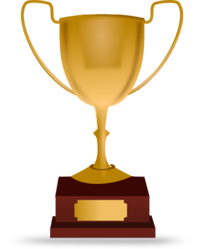 Electric bikes are very popular in some countries, but not so much in the US. They might be worth considering.
76%  9   7 kajohu
Hiking 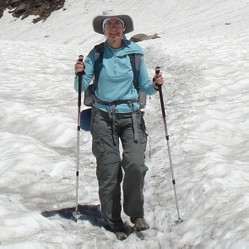 Using good hiking poles, or trekking poles makes a big difference in stability and ease while out hiking and backpacking.
Loading ...
Error!