Motorcycle posters always remind me of the good ol days of Peter Fonda, Dennis Hopper and the Easy Rider movie. But things have changed in the world of motorcycle posters!

Whether you are a motocross fan or a classic motorcycle enthusiast you will appreciate the amazing images on the motorcycle posters below.

Motorcycles have been part of our daily life for decades and it's fascinating to see how they have changed and developed over the years.

From mopeds to motocross there is a motorcycle poster to suit everyone's taste!

Motorcycle posters bring back great memories for me. I can remember having an ‘Easy Rider’ poster on my bedroom wall, much to my Mums disgust. But Peter Fonda was the ultimate cool dude in those days with his ‘ape hanger’ handle bars and the most highly polished chrome that you are ever likely to see in your entire life in the hit movie 'Easy Rider'.  These days it's more about Motocross. But whichever motorbike poster you like, they will no doubt look great on your wall at home. 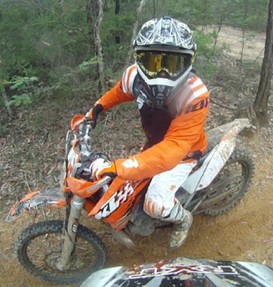 These days the emphasis has shifted dramatically, with the popularity of Motocross events and stunt shows like the Crusty Demons dominating the scene, there is now a whole new genre of motorcycle posters.

My son in law is a big fan and recently bought himself a KTM dirt bike. He regularly goes dirt bike riding in the off road areas around Cessnock in New South Wales, Australia with his mates, and has a great time.

Cessnock and surrounding areas are very popular with dirt bike riders who will often come from as far away as Sydney to test their riding skills on weekends. 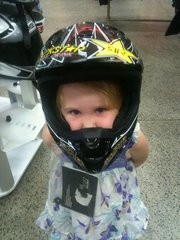 Dan is so enthusiastic about motorcycle riding, that he and my daughter Tracey, bought their daughter a PeeWee 50 motorcycle so she can learn to ride too. I must say that I was more than a little dubious about my granddaughter on a motor bike, but I hasten to add that she is also well decked out in the latest and greatest safety gear including riding boots, helmet, chest guard, gloves and so on. So I'm thinking (and praying) she’ll be OK and have lots of fun in the meantime.

She does love a day out on her bike and no doubt it won’t be long before she has a motorcycle poster on her wall as well. Perhaps not an Easy Rider poster though!

I learned to ride motorcycles when I was just 13 years old. I loved motor bikes and collected several motorcycle posters in those days. Sadly I no longer have any of my old motorcycle posters. I lived in New Zealand at the time and although it wasn't quite legal to ride motorbikes at 13 years of age, I didn't actually venture on to the road. I remembering practising on a step-through motor scooter much like a Vespa, when we were on holidays at a caravan park near Rotorua. I had the best fun, but must have sent people mad with my endless put-putting up and down while they were trying to relax.

I graduated from the motor scooter to a fully fledged 50cc Suzuki road bike when I was 15 years old, and I remember riding it to and from school (it was legal to drive on the road at 15 yrs), then taking it with me to technical college at age 17, as a cheap form of transport while studying on a pauper’s allowance.

My brother demanded that the ‘racing red’ Suzuki actually belonged to him, but I disputed the fact most vigorously saying that Dad had bought it for all of us to use. Besides, possession was 9 tenths of the law! I got to keep the bike, but it is still a sore point with my brother.

A few years later I moved to Australia and got a job with the Post Office in Brisbane, Queensland where I rode around on a Suzuki 125cc road bike delivering telegrams.  It was a great job and about that time I applied for a loan to buy a Honda 250 Twin. Sadly I missed out on the loan and the 250 Twin was relegated to just a dream.

I was so disappointed that I missed out on that Honda 250cc Twin, that I decided to find another way.

So I scanned the newspapers to look for a permanent job (that loan was declined because my job with the Post Office was classed as casual). It wasn't long before I found something that made my heart sing. A job as an admin assistant with a Suzuki dealer! Plenty of motorcycle posters to choose from there!

Although I still didn't get the 250cc that I wanted, it wasn't long before I was offered a deal I couldn't refuse on a 125cc Suzuki Trail bike - the forerunner of today’s modern motocross bikes.

It was a real steal as the dealer had traded it in and had too many of the same motorcycle in stock. He said I could have the best one at a fraction of the resale price. How could I refuse?

So you can see I enjoyed my time with my motorcycles but sadly never graduated to anything more powerful than a Suzuki 125cc. But guess what, I had access to all their old motorcycle posters! Please feel free to leave a comment below if you love motorcycles.

My Other Articles About Posters

Mike Tyson Posters Make Great Gifts for Men
Mike Tyson is a legend in boxing and a celebrity whose achievements are celebrated in many collectible and exceptional posters.

You're a biker with attitude and your motorcycle biker patches should let the...

At Daytona Bike Week you can see almost every motorcycle made. This photo es... 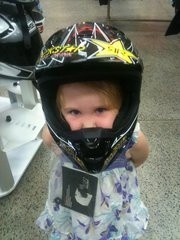 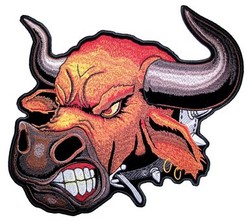 You're a biker with attitude and your motorcycle biker patches should let the world know that! Here's a collection of high-quality embroidered patches that will do just that.
18%  1   2 Ketchingup
Motorcyles 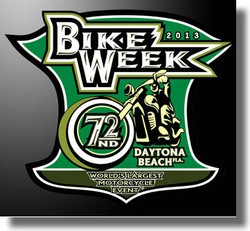 At Daytona Bike Week you can see almost every motorcycle made. This photo essay will show you some of the bikes.
Loading ...
Error!