The top 3 posters of all time.

The golden age of Hollywood takes us back in time to the all time greats of the silver screen.

In the heady days of sizzling screen sirens which included Marilyn Monroe, Audrey Hepburn and the handsome James Dean, life was full of wonderment and adventure.

Bring back those sparkling days and starlit nights with these stunning posters of days gone by.

Marilyn Monroe began her career in 1942 as a humble catalog model. Twenty years later she was the most recognized sex symbol on the planet. Her meteoric rise was reported all over the world as she built an enormous portfolio of images, the most iconic of which are now among the best posters of all time. Marilyn was controversial to say the least and somewhat outrageous for her time. Nonetheless she captured the imagination of millions and became one of the most popular celebrities of her era.

When Marilyn signed with 20th Century Fox studios on the 23rd of July 1946, she took her mother’s surname of Monroe and from then on, she was known only as Marilyn Monroe.

The Misfits was her last film before her death on August 4th, 1962. Marilyn Monroe died at home alone, just 36 years old.

Audrey Hepburn epitomizes the golden era of Hollywood through the 1950’s and 1960’s and has been immortalized in some of the best posters of all time.

Audreys sheer elegance and natural beauty made her one of the most popular celebrities who many looked up to for lessons in fashion, grace and charm.

Her partnership with Hubert de Givenchy fashion house led her to be the leader in ladies fashion both on screen and off screen. Her roles in movies such as ‘Breakfast at Tiffany’s’ and ‘Roman Holiday’ catapulted her onto the International stage as an effortlessly elegant film star.

Not content to be just a Hollywood icon on one of the best posters of all time, Audrey Hepburn was also well known for her remarkable humanitarian work.

James Dean was born in 1931 at Fairmount, Ind. He was raised in California with his mother but when she died he returned to Fairmount at the age of 9 years to live with his Aunt and Uncle. When he became a teenager he left his home and moved back to California to become and actor star in many films such as:

James had charisma by the bucket loads and was a favorite with thousands of screaming female fans. We all remember James Dean as a legend for the legacy of work he left behind, and as an iconic celebrity who dressed in white t-shirts and blue jeans. This image led James to being immortalized in one of the best posters of all time, see below.

Some Of My Other Articles Related To Posters

Mike Tyson Posters Make Great Gifts for Men
Mike Tyson is a legend in boxing and a celebrity whose achievements are celebrated in many collectible and exceptional posters.
Updated: 02/18/2012, Shaz
Thank you! Would you like to post a comment now?
1

Perfect for the Clint Eastwood fan, celebrate this movie icon with this choic... 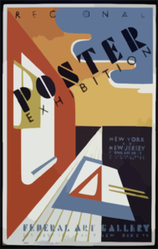 Johnny Depp is one amazing subject to look at, if you never get tired of looking at Johnny Depp come check out these great affordable quality prints, posters and paintings of Depp.
100%  14   16 SquidRich
Film Stars 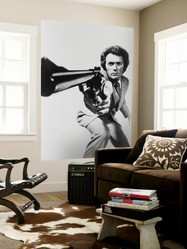