A review of the 1996 action fantasy starring Dennis Quaid and Sean Connery.

Synopsis: After a hard-fought battle ends in a draw, a dragonslayer partners with a dragon in an effort to scam local residents. He and his new partner, however, are eventually convinced to join a crusade against the same tyrant king who, years earlier, had his life saved by convincing the dragon to give him half of his heart.

I saw this movie not long after it first came out and thought it was one of the better fantasy films I've seen. As a result of this, when I came across the film on one of our movie channels this past weekend, I ended up watching it with my oldest daughter (who loves dragons).

After watching it again, I don't know if I can honestly say it was as good as I remember it being. However, I do still think it was a movie that is worth taking the time to watch.

I think the thing I found I liked about this movie is it was exactly what I expected a movie in this genre to be. There was plenty of action and that action was mixed in with tales of knightly valor and even a bit of humor. In other words, there really was something in this movie for just about everyone.

I thought the main story, involving the tyrant king (Thewlis) was somewhat intriguing, mostly because of the way he managed to con everyone. He tricked his former mentor (Quaid) into teaching him how to fight and, with the help of his unsuspecting mother (Julie Christie) conned the dragon (voiced by Connery) into giving him half of his heart.

As a result of all of this, he was actually somewhat exciting as a villain because he wasn't afraid to use his skill with the sword and having half of a dragon's heart made him much more difficult to beat and almost immortal. He was definitely an upgrade over the cowardly villains you often see in films like this.

Probably my only real complaint about this movie is the ending, which is both sad and a little predictable. Once the dragon confirms his secret and how he is connected to the villain, it's not difficult to figure out how the movie is going to end. Fortunately, the rest of the movie more than makes up for that.

As I said before, the movie isn't quite as entertaining as I remember it. But, it was still fun to watch it and, because of that, I do recommend it.

A review of the action movie starring Kurt Russell and Steven Seagal. 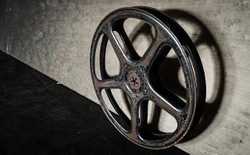 A review of the 1996 movie starring Jim Carrey and Matthew Broderick.
26%  0   4 StevenHelmer
Action and Adventure Movies