A review of the horror/comedy starring Tiphaine Daviot and Manon Azem.

Synopsis: A talented all-female volleyball team gets stranded in the middle of nowhere on their way back from a game and are hunted by a group of cannibals. Their only hope for survival is to work together as a team. But, their constant, petty bickering prevents that from happening and, as a result, their lives are in serious danger.

I was in the mood to watch a horror movie with my wife last night and, mostly because I didn't want to spend most of the evening scrolling through and rejecting a bunch of films, wound up picking this movie mostly because it was one of the first ones I came across.

I did not pick this film without some hesitation, however. Based on the title, it was pretty obvious this was going to be more of a horror/comedy than a true horror film. I'm not opposed to watching films in that genre. But, for every good horror/comedy I've come across, there have been dozens that were pretty darn terrible. However, as it turns out, this movie wasn't that bad.

I honestly wasn't sure if that was going to be the case at first, especially when the film opened up with a singing narrator (Orelsan). But, after the movie got going, it did have a lot of good things going for it.

I think one of the biggest things that impressed me with this film was, even though it had enough comedy to fall into the horror/comedy category, it didn't forget the fact it was a horror film too. The men (who apparently belonged to a cult) that were stalking the girls were actually kind of creepy, especially the way they didn't say anything throughout the movie. And, there were some scenes that managed to be surprisingly intense.

The movie also wasn't anywhere near as predictable as I thought it would be. Part of this was the fact the film keeps you in the dark about who the bad guys are and their actual motives. The other part of it was the fact the girls, while teammates, obviously didn't get along very well and even the threat of dying wasn't enough for them to put aside their petty differences and rivalries.

In other words, in addition to having to watch out for cannibals, they also had to watch their backs when around their own teammates. That combination made this movie a lot more watchable than the goofy title would indicate.

I had lowered expectations for this film, both because of the title and the genre. But, it turned out to be a much better movie than I was expecting and I did enjoy it as a result. 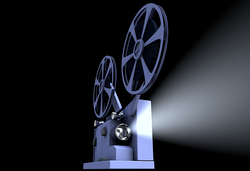 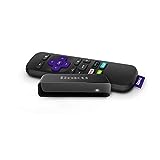 A review of the 2018 musical starring Amanda Seyfried and Lily James.
29%  0   4 StevenHelmer
Thrillers