Synopsis: The Invisible Man's grandson, Frank, has been entrusted with his grandfather's secret invisibility formula even though he chooses to maintain a low profile and has disowned his family's name. When World War II breaks out, Frank agrees to use his grandfather's formula and travel behind enemy lines in an effort to steal Nazi plans for an attack on American soil.

My oldest daughter and I have had this movie on our "to watch" list for several months now and finally had a chance to watch it tonight. While the film did, admittedly, turn out to be better than I was expecting it to be, it wasn't quite as good as the Invisible Man movies that preceded it.

I'll start out by saying I did like the overall plot of this movie, partly because I liked the fact Frank (Hall) didn't really want to use the formula but felt it was his patriotic duty. This, at very least, was a somewhat plausible explanation for wanting to use the formula, something that isn't always the case in some of the other Invisible Man films.

I also liked the way the movie kept his mission from being too easy. Since some of the Nazi operatives knew about his formula and his mission, it did create a little suspense as they made efforts to capture him. Plus, with the way everyone seemed to be quick to betray everyone else, it was hard to tell who Frank could trust. Even his main contact, Maria (Massey), didn't always seem like she was on his side.

My biggest complaint about this movie is it seemed to be trying (and failing) to be more of a comedy rather than a serious science fiction film. Some of the slapstick routines relating to Frank's invisibility were kind of predictable and dull. And, overall, I have to say they detracted from the film.

I think it would have been much better had the writers focused more on the action and suspense. I also didn't like the decision to ignore the formula's insanity side effect, something that could have made things much more interesting. At minimum, it would have been an upgrade over him falling asleep at inconvenient times.

The movie had its moments, but, as I mentioned, wasn't quite as good as the movies that preceded it. It's probably not worth going out of your way to watch, but, if you come across it on a rainy day, you could do worse.

StevenHelmer, Thank you for product lines, pretty pictures and practical information.
The library system here does not have Invisible Agent among its Blu-ray and DVD collections. So I must settle for not seeing this film for the time being.

It seems strange that the filmmakers would straddle comedy and drama over something as serious as one person trying to save millions of lives.

How would Invisible Agent fare as a colorized reboot or remake, with a firm commitment to drama?

A review of the 1967 science fiction movie starring Linda Miller and Mie Hama. 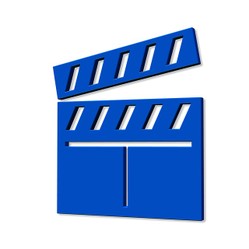