Synopsis: When an airplane carrying a famous boy band crashes near their home town of Riverdale, a previously undiscovered all-girl group is given the opportunity to be the next big thing. What they don't know is the record producer that signed them has an ulterior motive, controlling the purchasing habits of their fans by transmitting subliminal messages.

I didn't plan on watching this movie when it came on one of our movie channels last night, mostly because my wife and I already had plans and I've already seen this film before. However, as I started watching it, I found I couldn't stop. In fact, I even ended up recording it so my oldest daughter could watch it with me at a later date.

The first time I saw this movie, I admittedly was very surprised by it. I never read the comic book this is based off of and didn't enjoy the Saturday morning cartoons that had this girl band in them and the plot just seemed too simple and predictable to be entertaining. Yet, there is just something about this movie that hooked me from the start.

I think the thing I really like about this film is the way it never takes itself too seriously. Even though there is a bit of (predictable) drama once the girls become famous, the film always keeps things lighthearted throughout. In fact, there are several times when the movie pokes fun at itself, including the character, Alexandra (Pyle) mentioning she's only in the movie because she was in the comic book and Cumming's character subtly referencing Cumming's role in "Romy and Michele's High School Reunion."

The lack of seriousness also allows the movie to keep a bit of a comic-book atmosphere throughout. I think this helps the film quite a bit because it allows the writers to stretch the believability limits a bit without doing anything that ruins the movie because, let's face it, if there was any real effort to keep this movie realistic, it simply would not work.

Another thing that I liked about this film was the music. There are a number of great song performances that add to the movie without causing the film to drag on (as has been the case with some recent movies I've watched). I should warn you, however, some of the songs do get stuck in your head.

This is a fun, funny movie that I seem to enjoy every time I have a chance to watch it. If you haven't seen this film, I do recommend taking the time to watch it at least once. 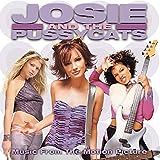 A review of the 1977 movie starring Mel Brooks and Madeline Kahn.
Loading ...
Error!