A review of the 1961 Japanese monster movie featuring a giant caterpillar/moth.

Synopsis: A group of shipwrecked sailors are found on an island that was formally used for atomic testing and reveal they encountered natives living there. This prompts an expedition that not only discovers the natives, it discovers a pair of one-foot-tall princesses. The expedition's leader, seeking to make a profit, abducts the princesses so he can put them on display in Tokyo. What he doesn't know is the princesses are protected by a giant moth-like creature named Mothra and Tokyo is in danger as a result.

I have wanted to watch this movie with my oldest daughter ever since she started watching classic Godzilla movies with me and saw one that featured Mothra as one of the monsters. This, however, proved to be much more difficult than expected, especially since the version Netflix offered turned out to be the wrong movie.

We, however, had the opportunity to finally see the film this weekend and, even though we had to settle for a version that was in Japanese and had to read the English subtitles, it turned out to be a halfway decent movie.

One thing I liked about this movie was, unlike some of the other monster films we've seen, the creature actually has a noble reason for attacking Tokyo and, as the princesses (Yumi and Emi Ito) are quick to explain, doesn't really want to hurt people, it just doesn't know any better.

I, personally, love Mothra as a movie monster, mostly because you essentially get two monsters for the price of one. The creature starts out as a giant caterpillar with the ability to swim and crawl through anything in its path then, eventually, spins a cocoon and turns into a giant (and, as my daughter pointed out, beautiful) moth with a whole new set of abilities, including the ability to cause strong gusts of wind. Even with the weaker special effects (obviously the result of the time period), it was fun watching her.

My biggest complaint about this movie (other than the subtitles) was the fact it took quite some time before we actually got to see Mothra. The princesses and their mysterious island were the main focus for the first half of the film and things really didn't get going with Mothra until the second half. This, however, is common with films like this and, while a bit disappointing, was expected.

Filmmakers have re-made Godzilla a couple different times now but, in my opinion at least, this is the movie they should have used. Even though I had to watch it in a language I don't understand, I enjoyed every moment Mothra was on the screen and it turned out to be a pleasant experience for both of us.

A review of the 1983 thriller based off of a Stephen King story by the same n... 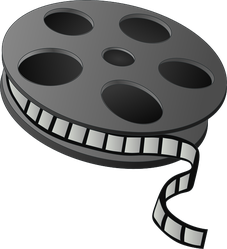 A review of the 1983 thriller based off of a Stephen King story by the same name.
33%  0   5 StevenHelmer
Horror Movies