A review of the 2000 movie starring Christian Bale as serial killer Patrick Bateman.

Synopsis: Successful 1980s New York banker Patrick Bateman has a secret. When he isn’t dining at expensive restaurants and hanging out with his rich friends, he spends his time murdering people. However, when he murders one of his coworkers and a detective is hired to investigate why the other man disappeared, his obsession for blood begins to spin out of control to the point he is at risk of finally getting caught.

My wife has wanted to see this particular movie for some time now so, when we saw Netflix planned on removing it soon, we decided to finally get around to watching it last night. As it turns out, the movie was somewhat interesting but wasn’t quite what we expected it to be.

Since we are both big fans of low-budget slasher films, one of the things that attracted us about this movie was the idea of it being from the murderer’s perspective, allowing us to see what goes on inside his head and motivates him to kill.

And, to be fair, the movie does a halfway decent job of this. My wife and I both loved how he was obsessed over his body to the point he had a very strict workout routine and a daily ritual that included a large stack of beauty products ranging from masks to various moisturizers.  Plus, I personally loved how he would end up snapping over something as simple as one of his coworkers having a better business card than he did.

I should also mention Bale did a surprisingly good job with the character. There were times I couldn’t stand him, for obvious reasons. But, at the same time, there were also times when I could relate simply because he, ironically, seemed to be the sanest person in the room.

A review of the 1996 thriller/comedy starring Michael J. Fox.

A review of the 2007 remake starring Malcolm McDowell and Scout Taylor-Compton.
20%  0   3 StevenHelmer
Thrillers 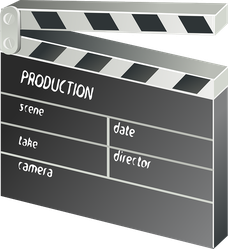 A review of the 2010 thriller starring Sarah Butler and Jeff Branson.
Loading ...
Error!