A review of the 2014 thriller starring Katie Walder and Nathan Keyes.

Synopsis: A young woman begins experiencing night terrors, black outs and memory loss. At first, she believes they are related to a recent car accident. However, when she becomes pregnant and learns her husband is sterile, she begins to suspect something else is happening to her. When she installs a video camera to record herself during her black outs, she discovers there's something much more terrifying happening to her than she originally imagined.

I came across this movie last night on Netflix while looking for another movie to watch with my wife. And, even though I saw the critics had given it negative reviews, I thought it sounded halfway decent and decided to watch it anyway. As it turns out, it was a great decision. I'm not exactly sure why so many full-time critics didn't like this film (maybe they didn't bother to watch it) but this movie is one of the best thrillers I've seen in a long time.

The second we were introduced to the new neighbor, Dale (Keyes), it becomes pretty obvious he is the one behind Sarah's (Walder) night terrors. The film makes absolutely no effort to hide the fact he is obsessed with her and has made a copy of her house key. She even has a pretty intense encounter with him (one that had me yelling at her to go hide) that pretty much removed all doubt about it.

What made this film unique was the various other little mysteries, such as why she couldn't remember the attacks, why she was always finding blood despite not having any physical injuries and even why the scar from her car accident completely healed and disappeared overnight. This made the movie considerably more intriguing because it was hard to tell if he was really stalking her or if she was just imagining it.

The thing that really set this movie apart though had to be the surprising twist that is revealed from the video camera footage. I don't normally get surprised by movies but, after seeing that, I had to ask my wife if she saw the same thing. I don't want to get into too many details because it would ruin the movie, but it completely changes the tone and turns it into something more than a normal stalker film. The surprise ending just makes it even better and the best part is the movie didn't need to resort to excess gore or gratuitous sex to be entertaining.

Ignore the movie "experts" that claim this film isn't worth watching. Even though it admittedly does take a little while to get going, it is a fantastic thriller that has an intriguing mystery. I know I had absolutely no regrets about watching it and I'm confident saying you won't either. 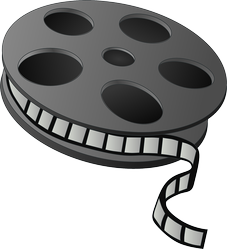 A review of the 1966 movie starring Don Knotts and Dick Sargent.
25%  1   3 StevenHelmer
Thrillers

A review of the 1960 thriller directed by Alfred Hitchcock and starring Anthony Perkins.
41%  4   5 StevenHelmer
Drama