Synopsis: Mostly because she is feeling bored, the wife of a successful theater critic decides to write a play of her own. The play is produced and her husband shows up to the opening performance after he was out drinking. When he ends up writing a negative review as a result, it puts their marriage in jeopardy. 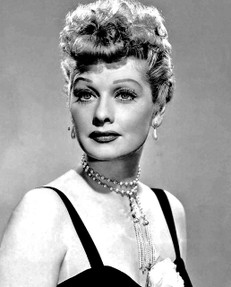 Since my wife recently started a new job and had her first night shift this past weekend, we decided not to go to church on Sunday morning so everyone could sleep in. However, thanks mostly to a cat that hadn’t gotten the memo, I was up relatively early and, since I had plenty of free time until my youngest daughter (the one morning person in our family) was out of bed, I ended up watching this movie.

When I started watching this film, I had some high expectations for it. I liked most of the Bob Hope movies I’ve seen and think Lucille Ball was a fantastic actress. Unfortunately, as it turns out, I just wasn’t overly impressed with this film.

The premise of the movie was halfway decent because it presented a no-win situation for Hope’s character. His reputation as a critic was on the line so it wasn’t as simple as refusing to review his wife’s (Ball) play. However, based on his one read-through of her script, he also knew there was a very good chance he wasn’t going to like it and would hurt her feelings.

Not helping him in all of this was an amorous director (Torn) that definitely had his eyes on Ball’s character. This, of course, meant if he did something to hurt her feelings, there was a really good chance the director would try to swoop in and steal her away. And, all of this got escalated when Hope’s character got drunk, didn’t watch the play but wrote a negative review about it anyway.

My biggest complaint about this movie was, even though it was supposed to be a comedy (or, at least I think that is what it was supposed to be), Hope and Ball just seemed to be a little too serious throughout. I’m not sure if that was a lack of effort on their part, the script or something else but, because of that the movie just wasn’t as enjoyable. Instead of being funny, a lot of their scenes together just seemed awkward. And, with the star power this movie had, that just should not have been the case.

The movie has an interesting premise and I probably would be interested in seeing the play it was based off of. However, the flatness of the film’s two surprisingly unfunny stars just made this movie not as entertaining as I thought it would be.

I haven't seen any Lucille Ball movies, and I'd like to see one if you find anything good in the future. Thank you for your reviews! 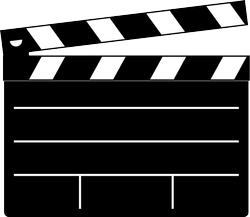 A review of the 1940 pirate movie that pairs Errol Flynn and Claude Rains.
51%  1   7 StevenHelmer
Horror Movies