A review of the 2015 movie starring Michael Gross and Jamie Kennedy.

Synopsis: Survivalist, monster hunter and TV star Burt Gummer is filming his latest series installment when he is hired to travel to South Africa to face a newly-discovered "Ass-blaster" infestation. When he arrives, he discovers their version of the prehistoric creature is both larger and more advanced, something that is bad news because South Africa's strict gun laws have left him with a very limited arsenal.

My wife and I are big fans of the Tremors movies and, when I saw there was a new installment available on Netflix, I decided to take the time to watch it with her.

Even though we do like the movies in general, I did, in all honesty, have some doubts about this one. As is usually the case, the first movie was definitely our favorite and the sequels, while still entertaining, weren't quite as good. Since this was the fifth movie and it was direct-to-video, I pretty much figured it wasn't going to be anywhere near as good as the ones that preceded it. However, while I was right about that, the film still proved to be better than expected.

The thing I liked about this movie was the way it gave Burt Gummer (Gross) a brand new challenge without doing anything that was too extreme. The only new development, other than the already faster and larger "Graboids" were able to detach their tongues in a snake-like fashion, his biggest hindrance was the fact he was forced to use very limited munitions, meaning defeating the newest threat wasn't going to be anywhere near as easy as it was in the past.

The movie does seem to scrape the bottom of the barrel a bit when it comes to jokes (as I was expecting) and, there were times when it did cross a line and reach a point where it was a bit too crude. This includes a very long scene involving Gummer being trapped in a cage and doing things with his urine I really did not need to see.

I also found I wasn't that big of a fan of his camera man (Kennedy), mostly because the film seemed to almost be forcing him into scenes at times. Plus, I thought his revelation at the end was kind of predictable. I would have much rather seen this installment bring back one of the characters from the previous films.

As I said, the movie did turn out to be better than expected and I didn't hate it. However, as much as I like this film franchise, based on this film, I'm not convinced future installments are going to be worth taking the time to watch. 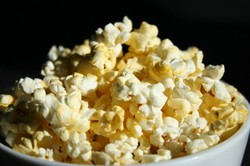 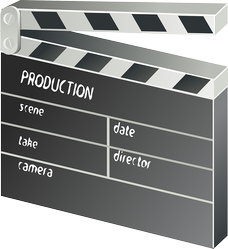 A review of the 1943 movie starring Claude Rains and Susanna Foster
Loading ...
Error!