Recommendations for recordings of Mozart Symphonies, especially late symphonies: Haffner, G Minor No. 40, and Jupiter, No. 41

There is no such thing as a universally "best" recording of anything, because different people have different tastes. Here I share my favorite recordings of my favorite Mozart symphonies, and I explain why I like both the works and the recordings.

I recommend against buying a "cycle" or complete set of Mozart symphonies. These sets are expensive, and my experience is that most people actually like a small number of the symphonies much more than others. I can't guarantee you have the same tastes as me, but I have noticed that many other classical music enthusiasts also share my tastes in these works, so hopefully this will be a good starting point.

Before I point to specific favorites, a quick summary of the periods of Mozart's symphonies

Mozart's symphonies can be broken into several different categories:

Wikipedia has a great list of Mozart's compositions that goes into more depth about these symphonies, as well as the many other compositions.

Late Mozart vs. Early Mozart, and influence of J.S. Bach

Why I prefer the style of late Mozart, and the later symphonies he composed

Most composers change and grow in noticeable ways over their careers, but Mozart changed in particularly noticeable ways.  I find Mozart's early works fun, but sometimes frivolous.  But his later works are among some of my favorite works of classical music of all time: much more dramatic, complex, and deep.

What happened?  If you listen to Mozart's music chronologically, there's a turning point around 1782-83: Mozart discovers Bach.  This coincides with about when Mozart was writing symphony No. 35 (Haffner).  J.S. Bach, who composed music just before Mozart's time, wrote heavily contrapunctal music characteristic of the Baroque period.  This music was highly structural, and characterized by a lot of different melodies being played at once, by different voices, in ways that wove together to form complex harmonies.  This style was mostly abandoned by Mozart's time.

But when Mozart discovered Bach, he began incorporating elements of this contrapunctal style into his own music.  The result is a beautiful and brilliant synthesis of the baroque structures of fugues and counterpoint with the melodic and lighthearted character of the classical period.  Below is a video and recording of the final movement of Mozart's 41st and final symphony, a piece which is chock-full of the complex counterpoint characterizing his style later in life.  I think this symphony shows the heaviest Bach influence of all Mozart's symphonies.

Do you prefer Mozart's later or earlier works?

Different people have different tastes in music...which do you like better?

Jeffrey Tate and the English Chamber Orchestra. Listen and watch! This symphony is a masterpiece, exemplary of late Mozart's style, with heavy use of fugues and counterpoint.

The Haffner Symphony, No. 35

The first of my favorite Mozart symphonies

Mozart's Symphony No. 35, often called the Haffner symphony, was a commissioned work, that, in my opinion, was the first symphonic work to show Mozart's true genius, although I like a lot of his earlier works for other instruments equally much.  Although Mozart is often hailed as a child prodigy whose genius was evident from a young age, I think that his true genius only became evident as he developed musically.

This symphony has a grandiose character and variation in texture, character, and mood which is completely absent from most of Mozart's early symphonies, and which only becomes commonplace in later, Romantic-era music.  In many respects, this piece embodies what I like most about the symphonies of the romantic era (starting with Beethoven and continuing through later symphonic composers like Brahms and Dvorak), while retaining the concise and neat character of classical music.  It is dramatic, emotionally intense, variable, and captivating, without ever coming across as trite or long winded.

Little vs. Great G Minor Symphonies, a comparison of these pieces

Mozart is mostly known for writing cheerful music, with a few exceptions, including his requiem.  In the symphonies, all but two of the 41 symphonies are in major keys.  The two exceptions are Nos. 25 and 41, both of which are in the same key G minor.  When referencing these works, it's not sufficient to say "Mozart's G Minor Symphony"!  But in general, when people reference "the" G minor symphony, they are usually referencing No. 40.

There are many recordings I like, but I am a particularly big fan of the Cleveland Orchestra under George Szell.  These recordings come from a time period recent enough to have good audio recording quality after remastery, yet are old enough that they are available for bargain prices.  The recording below of symphonies 35, 40, and 41 is my absolute favorite.

I also recommend old recordings of the Berlin Philharmonic.  Featured below is a recording under the conductor Herbert von Karajan.  These recordings have a smooth character to them and seem to emphasize the modern nature of the symphonies, how they were beginning to break out of the mold of the classical period just a little bit.  The two CD set below for under $10 is a steal!

Have any more recommendations?

Favorite symphonies or favorite recordings of them, other than those featured here?

Thank you for visiting my page!  Please share any feedback or recommendations below.  I'm always eager to include more perspectives and I'd like to spark dialogue especially if you have any recordings you particularly like.

I'm still looking for a favorite recording of Symphony #37; you can see I don't have one on display here, so if you have any recommendations, I'd love to hear them.

Read More of My Wizzley Pages

I maintain many other pages, on both musical topics and others!

But yes, I've heard that Mozart can improve cognitive function, resulting in doing immediately better on part of an IQ test. Is it just Mozart though? I'm not sure the degree to which it's been exhaustively explored how much this effect is caused by listening to Mozart in particular, vs. other types of music. But music definitely does have a noticeable effect on how the brain works!

I HEART Mozart. They say listening to his music can actually increase your I.Q. Did anybody ever tell you that you look like Bill Gates?

Thank you! I am definitely a big classical music fan so there are a lot of other topics and composers I could write about!

This is a really well written and informative piece and the layout looks good too. I think this idea to focus on classical music is a really good one. There are some good tips here and for anyone who would like to learn more about classical music this is very useful and, for me anyway, at the perfect level. I look forward to more. 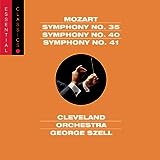 RateTea is a social and community website where anyone can rate and review teas.
96%  12   9 cazort
Kinds of Tea