I was fortunate to have seen Mummenschanz twice, so far. Once in New York City then again in Las Vegas. Mummenschanz is a German word that loosely translates to 'mime artist'. Their show is always a mesmerizing combination of new material and the good old classics. You cannot take your eyes away from the performers for a moment as their performance is entirely visual and the choreography delicately subtle, making use of light, shadow and their trademark bizarre masks. The stage is black, and so are their costumes until they introduce brightly colored props. They are also sometimes referred to as 'the barefoot performers'.

The legend began in Switzerland 1972 when three comedic actors, Andres Bossard, Floriana Frassetto, Bernie Schurch, formed a masked pantomime troupe and called it Mummenchanz. Their departure from the classical white-face pantomime to dressing in all black was the first of their many innovations.

For the past 40+ years the barefoot performers known as Mummenschanz have been captivating audiences with their magical performance art which has evolved from merely a comedy act to performance art turned into full-length plays.

Despite the untimely passing of founding member Andres Bossard in 1992 at the age of 47, the troupe continued their artistic endeavors touring the world performing in the memory of their friend.

If you can't get to a show, here are some videos of their performances to whet your appetite.

Books and DVD's for your reading a viewing pleasure

Salvador Dali - The Master of Surrealism

I wonder what he would say about Mummenschanz...

My two experiences seeing Mummenschanz left me wanting an encore and looking forward to the next time. As an audience member I would ask myself 'what is that?' or 'what are they doing now?' Using my imagination I answered those questions.  After each show my companion and I discussed the performance and we both had different interpretations of what we just witnessed. That is part of their uniqueness, you must use your own imagination.

I wish everyone could see Mummenschanz, it's an experience you'll never forget.

Visit the Mummenschanz website for dates and locations of upcoming performances.

I've seen both and the answer is Mummenschanz!

candy47, Would you choose Cirque du Soleil or Mummenschanz if they gave performances at the same time in your area?

I'm glad you both enjoyed watching the videos Angela and Mira.

I'm familiar with mimes, but have never heard of Mummenschanz. I love learning about new things. Thanks for the videos.

The videos look intriguing, indeed! I like their fun props :)

Use these creative writing tips to turn your flat story line into a highly dr... 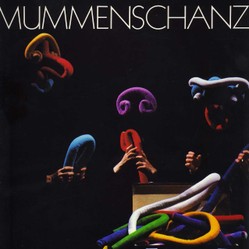 Musical author Michael Kunze is the creator of the drama musical, a new genre of popular musical theatre now appearing on Broadway. Meet the man and his work on this page.
71%  8   7 chefkeem
Playwriting 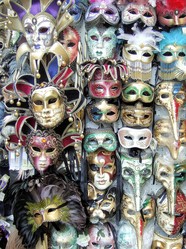 Use these creative writing tips to turn your flat story line into a highly dramatic play that will elicit emotions from your audience.
Loading ...
Error!