Cougars are one of the largest cats in North America, second in size only to the jaguar. Though shy and rarely seen in the wild, sometimes you get a special glimpse.

I live in cougar country right now in western Canada, but have never seen a cougar here, though I've often seen their prints in the snow.

Years ago when we lived on a farm on the edge of a paper company in Quebec, I did see a cougar passing through the meadow as I watched through an upstairs window. Eerie and extremely beautiful, he moved through the herd of cattle, longer than one of the calves and with his tail extended and his coat tawny.

My neighbors were skeptical when I related what I had seen, though the local college confirmed that, sure enough, cougars had once been native to the area and had a fifty mile or so radius of territory through which they would wander.

Later, when visiting the Museum of Natural History in Ottawa, I saw the stuffed version of what I had seen from my window. I was absolutely sure of it!

So though the official line is cougars don't live in the northeast of North America, there are the few oddballs out there such as myself who have seen them.

A great resource for those who are fascinated by these mysterious animals,this book is based on years of research on the cougar in North America. The book is a collaboration of many researchers and takes a comprehensive look at the cougar's history as well as future prospects. Taken from an unbiased perspective, the authors consider the viewpoints of both ranchers and conservationists.

Cougars are known by many different names. What do you call them?

And I Don't Mean a Sports Team

Cougars are sighted in our local area on a regular basis. They are usually hunting the deer that are prolific.

Kaslo, British Columbia, is located on Kootenay Lake, which stretches between two mountain ranges west of the Rockies -- the Selkirks and the Purcells. Cougars often wander down from the wild mountain country, much of which is preserved and uninhabited by people. It is not a rare event to hear of cougar sightings just outside of town. This morning, for instance, a friend reported seeing a young cougar perched in a tree on D Street.

I have yet to see one myself here in B.C., though I've seen bobcats and bears.

Walking outdoors, especially at night, requires a flashlight and some pepper -- or bear -- spray. Very few people ever really need to use it, but carrying it along makes you feel safer, and it can be used as a last resort if you get into trouble in a wild animal encounter.

In general, however, cougars and bears will avoid human contact and will back off in most instances. They don't want to get too close to you either. However, there have been reports of unfortunate wild animal encounters, usually caused by people being unaware or doing unwise things. That is why a few basic rules should be followed when you are out-of-doors in an area where cougars are known to roam.

Beautifully illustrated with the photos of wildlife photographer John F. McGee, Patricia Corrigan's book about cougars is 48 pages of facts and lore written for children aged 7 and up.

How to Avoid a Cougar Attack

Although cougars are shy and do not usually hunt humans, they are curious creatures and will sometimes be attracted to movement. Think of your house cat and how he or she behaves and then transfer those impulses to a larger scale.

A man I know told me a story of when he was about 8 years old. He was returning home from a friend's birthday party and walking through the woods along a trail that separated his home from the home of his friend. Being in the mountains, this trail wound past some cliffs and large boulders. The young boy looked up and saw a cougar perched high above him not that far away.

Luckily, he had been taught by his mother how to behave in case he ever saw a cougar in the wild. Although his heart was racing, he did not run. He picked up a stick and lifted it above his head, making himself look larger than he actually was. Then he slowly eased away, continuing in a homeward direction. He was unsure whether the cougar continued to stalk him, but home was never such a welcome sight to him as that time when he arrived, out of breath and almost collapsing with fear!

In cougar country, you must always be aware of your surroundings, and if you are alone, running is not a good idea. Carrying a walking stick and some pepper spray can be helpful. If for some reason you are attacked, don't play dead. Fight back with all your might because a cougar will often back off if you fight. It's your best chance of living to tell the tale.

If You Plan to Hike in Bear or Cougar Country, Carry Bear Spray

Be Prepared in Case of Attack

But Observing Nature Brings Many Rewards

During winter, we sometimes see where a cougar has passed by the scat and the tracks in the snow. Because they have such a large range, seeing tracks doesn't necessarily mean that the animal is still around.

Once we not only saw a cougar's tracks, but we also saw where a mother and cub had rolled together in a snowy patch. It was like watching a story unfold: first the adult tracks with the smaller cub tracks beside; then the indentation where the two had rolled on the bank. Were they playing? Was the cub being naughty and needing to be disciplined? Or maybe it was snack time and they had paused in their journey to nurse.

These are some of the wonders that can occur when you watch our animal friends and their tracks.

Want to Know More about Cougars?

These articles are filled with facts!

Cougar Facts for Kids
Want to learn all sorts of fun and interesting facts about cougars for kids? Learn all about cougars, pumas, mountain lions, or whatever you like to call these mysterious hunters.

Panther Facts for Kids
Want to learn all sorts of fun facts about panthers for kids? And just what is a "panther," anyway?
Updated: 10/19/2012, sheilamarie
Thank you! Would you like to post a comment now?
12

I Love to Read Your Comments

@paperfacets That must have been scary for your dog and for you. Did he survive?

I live on the edge Los Angeles County. We occasionally have sightings of mountain lions. Our Jack Russell was mauled by one several years ago. No hunting of puma's in CA since 1972. They have had a fair comeback.

frankbeswick, no, a cougar is another name for a mountain lion, puma, or catamount. Despite the name, cougars are not considered one of the big cats like lions and tigers. Black panthers (the animal kind) and jaguars are the same species, but cougars, though large, have smaller jaws and other characteristics that make it quite different from the big cat family. Cougars are in the same subfamily as cheetahs and lynx.

DerdiuMarriner, I really do value the ability to see the wildlife here, though I also have a healthy respect for them and avoid direct contact.

Is a cougar the same species as a jaguar?

sheilamarie, One of the pleasures of living amidst or in proximity to nature is surprise sightings. All you had to do was to look out your window and watch a cougar in its element, at a safe distance from you. Also coming across the patch where the mother and her cub rolled must have been a fun -- and safe -- discovery.
Thank you for sharing your encounters with cougars here.

We have both here. I've never seen them together myself.

I watched the video with the cougar and bear. How very interesting. I don't think we have cougars in our forests but we have lots of bears, more than anywhere else in Europe, if I'm not mistaken.

@ologsinquito The distance is key.

This is a great story about cougars. They are very beautiful animals, from a distance.

What do you know about mice? Here are some fun questions and answers about th...

Looking for a thoughtful gift for an animal lover in your life? Consider one ... 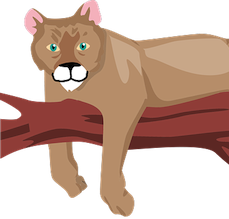 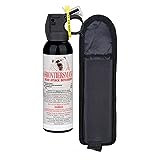 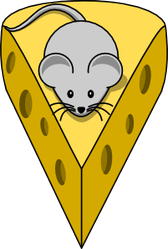 What do you know about mice? Here are some fun questions and answers about these tiny mammals.
84%  10   8 sheilamarie
Dishes & Dinnerware 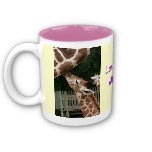 Looking for a thoughtful gift for an animal lover in your life? Consider one of these animal mugs from Zazzle. With this variety of animals, finding a mug that suits is easy!
Loading ...
Error!