Want to learn all sorts of fun facts about panthers for kids? And just what is a "panther," anyway?

Just what is a panther? Is it a certain type of animal, or is it a group of animals?

The word "panther" has been used to mean all sorts of things over the years, and means different things in different countries. There's no "correct" answer, really, but that doesn't mean we can't have fun learning all sorts of fun facts for kids about every big cat that's ever been called a panther.

Facts about panthers for kids 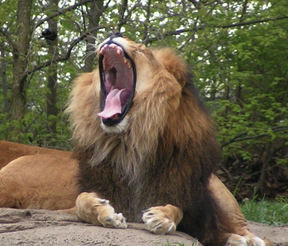 So, it can get pretty confusing! The word has been used to mean all sorts of things, so there's no easy way to use it. It can mean lion, tiger, leopard, jaguar, or cougar!

Probably the most scientific use of the word panther is the genus Panthera, the group of cats which includes lions, tigers, jaguars, and leopards, which makes it one of the most ferocious groups of hunters anywhere on the planet. These are some of the biggest, most powerful felines in the world, and wherever they're found, they're usually at the top of the food chain.

These four cats are the only ones in the world that can roar, using special structures in the throat that no other cats have. It also changes their purring sounds, so they don't sound like a house cat when they purr.

They're also known as the "big cats." While other cats can grow pretty big, the term "big cat" only means the roaring kind, no matter how big the other ones might get. This term gets a little confusing too, but that's the official definition.

Why so many names?

Another common use of the word panther, especially in North America, is the cat also known as a cougar, a puma, or a mountain lion. It has plenty of other names, too: In fact, it holds the Guinness World Record for the most names of any animal in the world!

Part of the reason it has so many names is because it's found over a wide range of territory, and has also gotten a lot of nicknames over the years. Over in Florida, it's known as the Florida panther.

Even though it gets pretty big, it's not considered one of the "big cats," since it can't roar. It's actually more closely related to house cats!

But even so, it's still one of the most powerful hunters in North America, and in some cases it can even fight larger animals like bears, especially if it's protecting its cubs.

A few very rare cats have a condition called melanism, which makes their fur entirely black, and these cats are called black panthers. Even though their fur is black, they actually still have spots, which are even darker than the regular fur.

Black panthers are most often leopards, but can also be jaguars. A few cases of black tigers and cougars have been reported, but they have not been confirmed, or weren't entirely black.

White panthers also include leopards and jaguars, and their white fur can be caused by albinism (being an albino), but also leucism, or something called the chinchilla mutation. These cats are extremely rare. Although some cases of white cougars have been reported, these cases have been disputed.

Also incredibly rare are white lions and white tigers, which have white fur due to extremely rare genes. The performers Siegfried and Roy became famous for their use of white tigers in their performances. However, even though both types of cats belong to the group Panthera, they're not usually called white panthers. For the most part, when people talk about black or white panthers, they're usually talking about leopards and jaguars.

Now it's all settled, isn't it?

As you can tell, the word "panther" gets a little confusing sometimes.

It usually means leopard, jaguar, or cougar, but of course, it gets more complicated.

Maybe the reason it's used for so many animals is because it's such a cool sounding word. Plus, every animal that's called a panther is pretty cool too.

For lots of reasons, kids seem to love big, wild cats, and their parents secretly love them too. So hopefully you've enjoyed learning all sorts of fun facts about panthers for kids, and your next family outing is a trip to the zoo to learn even more!

I just believe the whole calling it diffrent names is pointless

I've heard they're also called "painters," and people speculate it's like a lazy pronunciation of panther. Kinda funny.

I live in British Columbia where there are many cougars. I used to live in Vermont in the US where cougars are called catamounts. I guess it originally was "cat 'o the mountains," but that's just my conjecture. 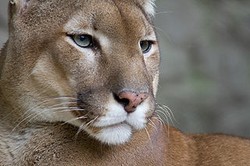