My Love Affair with Scotland

Some reasons I've fallen in love with Scotland although I've never been there.

I’ve fallen in love with Scotland. Since I’ve been training Border collies to herd sheep, I’ve gotten accustomed to an Irish or Scottish brogue. Some of the top handlers and instructors in the US are from over the pond, as the saying goes. I can only imagine what it’s like to live and work where there are sheep to herd and fields to walk every day with a Border collie at your side

Of Sheep and Men

Some months ago I found an old book at a flea market entitled, “Of Sheep and Men”   by R. B. Roberson. It was a record of a young couple from the US living in a border town of Scotland for a 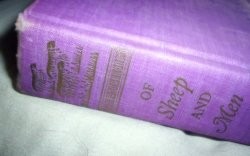 year and their impressions of the local residents and their antics. They described sheep, sheepdogs, life on a croft and the goings on in the local pub. I liked the book enough to read it twice which it a rare thing for me.  I was almost ready to pack up and move to Scotland, but I had to remind myself that the book was written in the 1950s and things would be different now.

While searching for a good book to read at the local library, I discovered the Hamish Macbeth mysteries. I’m a fan of mysteries that aren’t terribly violent and if possible, humorous. These books by M. C. Beaton were right up my alley. I read all of them, requesting them by inter library loan when the local library didn’t have them.

Hamish Macbeth is the local constable in a tiny village in the remote highlands of Scotland. He cleverly solves many murders and mysteries, but doesn’t want to take the credit. If he is promoted for his successes, he would be transferred to the big city and he loves his village and the people there. He manages to make sure someone else gets the limelight. He wanted to stay in Lochdubh with his dog and his sheep. (In later books, he also took in a Scottish wildcat.)

I discovered when I got a new laptop that plays DVDs that there was a series on BBC of Hamish Macbeth mysteries. They did make some changes from the book, but still managed to keep the feel of the books with the landscape and character. I watched all of those too.

Monarch of the Glen

My latest discovery is another BBC series for TV called the “Monarch of the Glen.”

There’s not a lot of Border collies or sheep in this series but like Macbeth, they share the love of the highlands and their village. The series starts when the son of the Glenbogle estate is tricked into coming back and stays to try to save the estate from bankruptcy. They wear kilts a lot on this show and who doesn’t like a man in a kilt? I liked the use of bagpipes in this series too. I didn’t recognize any of the overplayed tunes for bagpipes. They did not play the usual “Amazing Grace” at a funeral scene, but another slow, beautiful tune that fit the occasion. It seemed like a lot of the actors on the show could actually play the bagpipes..

Monarch of the Glen

I may be fond of bagpipes because my dad used to play them. 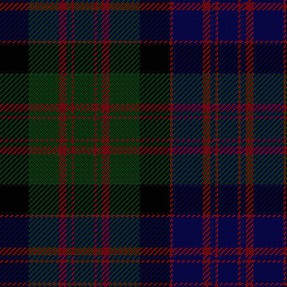 He was in a marching pipe and drum band and even has the official kilt and jacket that he bought during a visit to Scotland. It seems that our Jeffrey side of the family is considered a sept, or branch, of the MacDonald clan.

I would love to live in a community that values sheep and sheepdogs. There aren’t many places left like that. I have had sheep, sheared them, washed, dyed, carded and spun the fleece and knitted and wove with it. Scotland almost sounds like where I should live.  I like the music too.

I’m not so sure about the weather, however, even though I’ve lived most of my life in New England. I think it would be too dark and cold. Not that I mind a touch of cold. I’m rather looking forward to winter down here in Texas. Serious cold is another matter. I love to garden too and it might be too short of a growing season for me. I think, sadly, that now I’ll just have to love Scotland from a distance.

Where would you love to be if not where you are now?

A review of the 1939 movie starring Bonita Granville and Frankie Thomas. 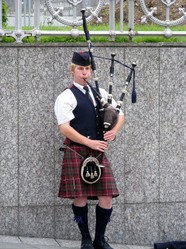 A review of the 1939 movie starring Bonita Granville and Frankie Thomas.
Loading ...
Error!