Some years ago I trained several of my dogs for protection. We really did it just for fun and we had some surprises along the way.

Not all dogs trained for protection go to live in a junk yard or walk around prison walls. Some people train their dogs for the sport of Schutzhund or just for family protection. I did it just for fun. My dogs loved it and it did not change their attitude toward strangers at all.

I started a few classes in protection training mostly because I wanted to get a Temperament Test Title on my dogs. This title requires that the dog pass a series of tests, including being friendly to a stranger who greets them in a friendly manner, to pass someone who is neutral, to walk on strange surfaces, to be startled, but not terrified, by something like an umbrella or a loud noise and to act protectively if a stranger comes toward them looking hostile. I knew my dogs could pass the first part of the test, but had no idea what they would do with a hostile stranger. I thought I would take them to a class and see.

I learned that a dog that is well balanced and socialized does not change his personality if he learns to protect.. A dog who is fearful or overly aggressive is not a good candidate for training. It would just increase the likelihood of unpredictable behavior

I took several of my dogs through this test. I started with my wonderful mixed breed, Hugo, my sweet golden retriever, Tulsa, two of my Shetland sheepdogs, Annie and JoJo and my greyhound, Catcher.

My dogs were all well socialized. I was running obedience classes at the time and my dogs came with me several nights a week. They were very accustomed to being around people, dogs and children who were not always the best behaved. 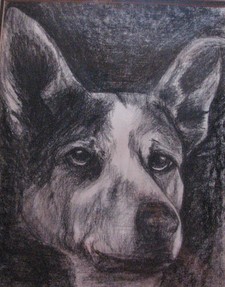 My mixed breed, Hugo was a handsome, 65 pound dog with a dark face and blue, almost white eyes. He had a big, blocky head and a personality all his own. He actually had been given to me by the man who raised and trained him but could no longer keep him. As a result, Hugo was not a dog that was suspicious of men. He thought men were the best.

He absolutely loved to play fetch with a stick and would bring it back, drop it in my path and then run and hide behind a bush. It was a game we played almost every day.

I continued with training him. He got two All-American obedience titles given to mixed breeds. When we started protection training, he loved it. His tail would start to wag when he saw the decoy put on a sleeve. The decoys loved him because he was fearless. He would grab the sleeve and hold on yet he was well-trained and obeyed me.

One night I was camping in the woods with my dogs and a van pulled up. Several men got out and I got nervous. I called Hugo and he came running – with a stick in his mouth that he dropped at the feet of one of the men. He was ready for a game of fetch. I would have appreciated at least a little bark or growl. Fortunately, there was no real threat. Maybe he knew that. 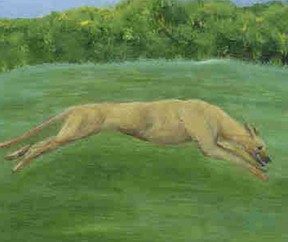 Catcher was one of the few greyhounds who could ever be taught to bite the sleeve. Greyhounds really are gentle dogs, but Catcher had a little edge to him that I happened to like. He was also a dog who would go into ecstatic wiggles at seeing a friend, or a potential friend, but he though biting a sleeve was just great sport.

As we moved from station to station at the test we came to the last one. The man in the rain gear and wearing a big hat stepped out of the bushes. Catcher stopped and watched. As the man lurched forward and started waving his arms in the air, Catcher lunged to the end of the leash barking and showing plenty of teeth.

The judge stood with his mouth open. He never expected a greyhound to pass the test at all, never mind the last test. Catcher just smiled at him and wagged his tail. 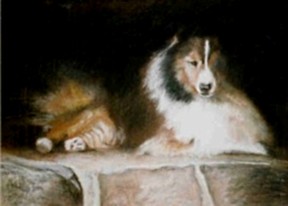 My two Shelties both passed in much the same manner. The male, JoJo was also a favorite of the agitators. He was such a happy dog who loved everyone and just thought biting the sleeve was great fun. He would hang on and the decoy could lift him up and swing him in the air.  He really was learning though.

One day I accidentally locked myself out of my house. My keys were inside and there was only one way I could get in. I would have to crawl through the opening for stacking the firewood inside the house. It was a tight squeeze, but I managed to get in the wood bin. When I opened the door to the room, Jojo was marching back and forth growling and barking. He knew I had gone out the front door and no one was supposed to come through the wood bin and he wasn’t about to let it happen on his watch. It took several minutes before I could convince him that it really was me. Even I wasn’t going to mess with his 18 pounds of fury. 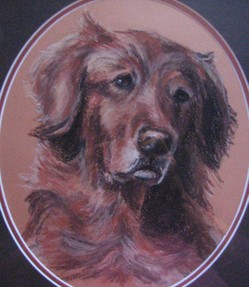 No one expected my gentle golden to ever pass the Temperament Test or TT. She had done well in protection class and I knew she would earn her title. She went through the test and passed everything up to the last, the hostile stranger. A man in a rain poncho and a big hat jumped out of the bushes waving his arms and acting crazy. Tulsa lunged at the end of the leash, face contorted into a vicious snarl with drool dripping from her lips. The judge’s eyes popped out of his head. He never expected my sweet little dog to act so assertively. Once the stranger left, Tulsa resumed her gentle demeanor as we accepted our certificate.

I never competed with my dogs in Schutzund, or even needed them to protect me. We did it as an activity that was fun and good exercise in the winter. None of my dogs ever changed their attitude toward people or other dogs. The secret is to start with a happy, well adjusted dog.
Updated: 11/16/2012, Ragtimelil
Thank you! Would you like to post a comment now?
4

Thank you very much. I never needed a door bell when I had my house. The dogs did a good job.

I have four dogs, and it sounds like a dog kennel around here when someone approaches the house. Your art work is beautiful.

Why thank you. I have photos of them but my scanner isn't working yet so dug out my old portraits of them.
I love Rotties. I used to train for a Rottie kennel. They are super intelligent dogs.

This reminds me of the times my ex, who was a cop, would bring home a sleeve from the police dept. and have our Rotties go after him. It was all for fun mostly, but the male was super intelligent and a wonderful dog. I enjoyed all your beautiful dog artwork on this page too.

I would train him if I could find someone who was not into serious competition mode. No, neither of them bark much. They do bark when I'm on the phone though. lol

Oh my confusion but we won't tell anyone. I assumed you carried on the tradition and also know just having dogs around is a big deterrent for thugs. The mere bark of a dog attracts to much attention, they want an easy mark. Doesn't the pup bark?

Unfortunately, these dogs are long gone. I've just got one old lame one and the pup who LOVES everyone. They didn't even bark when someone stole my LP tank.

I have two dogs and feel very safe because they're here to watch over my children and I. They let me know if anyone comes around, their bark has a unique and different tone for friendly visitor, strangers and really suspicious characters. I can't imagine life without dogs. I'm happy to hear you're in safe company with your well trained dogs. They sound wonderful. :)K

How to get your dog to listen to you when there are more interesting things t...

A list of the most common German dog commands, with pronunciations and examples. 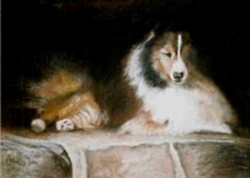 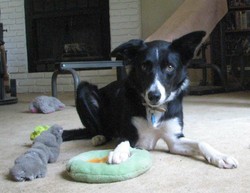 How to get your dog to listen to you when there are more interesting things to investigate.
74%  10   6 Sam
Dog Training 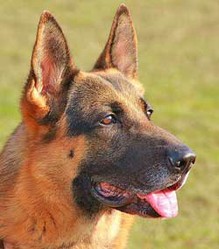