My Son and ADHD

Living with a Child with ADHD is a challenge but its ok. Your not alone in it and it takes time to find what works.

It took me quite awhile to learn how to cope with my sons extreme Hyperactivity and inabiltiy to focus. I beat myself up over the decision making process of putting him on medication to manage it. However, after some time we have found many things that help. Every child is different and every child will find different things that work for them. It is very much a challenge.

At the age of two I began to notice my older son had a bit of a speech delay. He would not pronounce things correctly and when we would work with him it was extremely hard to keep his eyes on us. Never thought too much of it at that point because at the age of two they have a short attention span anyway. His pediatrician was not concerned so I did what I could and figured he would catch up in his own time.

Things went good till about the age of 4. I was ready to pull my hair out. He was so very defiant. He would not listen and was in one thing and then into something else. I also began to notice some destructive behaviors. Again his pediatrician was not really concerned and assured me we would keep an eye on how things progressed as he grew.

Kindergarten came around and that's when all the signs and evidence fell into place. He was running around the classroom screaming, disrupting other kids, tearing up his papers an in general creating a riot all on his own. I had to go to his class at least four times a week to get him to sit down and chill out.

I let it go on for about half the school year because I did not want to put him on medications. I was so strongly against it because you always hear the horror stories. It came to a point that we were facing him being kicked out of school. I agreed at that point to try something. Anything. He was extremely disruptive and disrespectful at school.

I remember about a week before we started medication I had been called in. His class happened to be headed to lunch and I followed them to the cafeteria. He did not see me but what I seen him do really upset me. My son pushed a little girl down to the floor and then stood over her laughing very loudly. I was Livid! When he did see me he knew he was in trouble. I made him sit next to me during lunch and we sat on the playground at recess and watched the other kids play.

Once we began the medication things improved. As with most kids though, it has to be adjusted. We started with Adderall. It worked great for awhile but when it quit working and we adjusted the dose it was overworking. We had to switch medications to Ritalin.

My son is now seven years old. He is still struggling in school. He still has his mean streaks. And some days I want to just hide... but it's ok. There is no perfect solution to these kinds of things. As mothers we do what we can for our kids. We try to make the best decisions we can. Don't ever feel you are doing wrong for trying to help your child. It may not be the best thing when you start but you and your pediatrician will find what works.

How a chalkboard shaped who I am today. 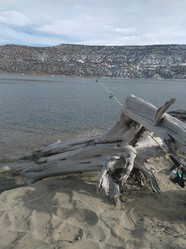 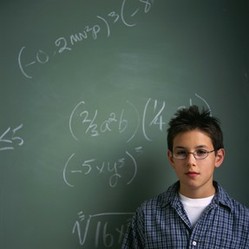 How a chalkboard shaped who I am today.
Loading ...
Error!