Joseph Gordon-Levitt has signed on to direct (and star in?) a movie version of the Sandman graphic novel. Neil Gaiman seems impressed. It's finally happening!

I've been in love with the Endless for over twenty years. Ever since I picked up my first Sandman graphic novel by Neil Gaiman, I've been lost to that world.

Therefore I feel as qualified as anyone to squeal in an excited frenzy over the prospect of a Sandman film in the making. While simultaneously panicking that they'll get it wrong.

For Sandman fans, this isn't just a story. It's a philosophy; a way of looking at the world in a slightly skewed manner. The Endless get under your skin. They could be real. And, dammit, we want them to be real!

Now the silver screen is giving us the chance to 'see' them in the celluloid flesh. Please make it fabulous.

Sandman the Movie is Really Happening!

After decades of being in 'development Hell', Neil Gaiman's graphic novel Sandman is being made into a film. 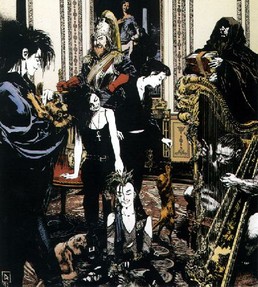 Sandman has always seemed like something that should be turned into a movie. At least, I've played out those scenes, in glorious technicolor in my head, a million times or more.

And don't accuse me of exaggeration. I've lived and loved this graphic novel for a very long time. Plus I have a very active imagination.

But that is the beauty of this story. Located in the Dreamworld, performed on an epic scale, taking in universes and dimensions spanning the whole of time, space and creation, it requires a lot of imagination.

Which is probably why every prospective film adaptation of Sandman has failed until now. We were waiting for technology to catch up with the tale, and a visionary director who could dare to tell it.

Now Joseph Gordon-Levitt has agreed to grasp that particular bag of sand-dust, and Neil Gaiman - notoriously picky about his choices - appears to be right behind him!

These are still very much early days, hence there's no date been set, no script been written, nor are we even close to uncovering a cast list. Though there's a strong rumor that Joseph Gordon-Levitt will star as Dream, in addition to directing the movie. (Personally, I thought that only Johnny Depp could possibly pull that role off, though I'm not unimpressed by the notion of Joseph instead.)

So what do we actually know?

If you're not in the loop, then this is your big moment to get ahead of the curve ball. When this movie is released, it's going to be huge.

The actor is a MASSIVE fan of the graphic novels, hence he approached Neil Gaiman about bringing it to the big screen. 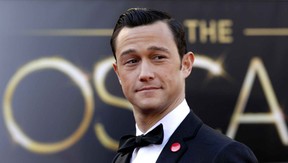 We all love Joseph Gordon-Levitt, and if he makes the Sandman film a reality, then I'm personally writing to the head of every world religion in a bid to have him declared God.

There's been talk about Sandman as a movie since the back end of the 1990s. It's never come to much. It was even going to be a television miniseries once, then it wasn't.

The trouble has generally been the scripts. Neil Gaiman isn't known for shutting up for the sake of money. Ever since Warner Bros first picked up the rights, they've sent him one dodgy script after another for approval. He's not only laughed in their faces, but done so publicly, across his vast social networking, so no fan would touch the project with a bargepole.

And frankly we all agree with him. Even now, with his delight finally palpable and a great buzz surrounding the prospective movie, I'm certain that I'm not alone in thinking, 'Oh! Please let it be Dark Knight Rising or V for Vendetta, and not Dragonball Z!'

On that score, things are looking good. Joseph Gordon-Levitt worked out his vision for the movie with David S. Goyer - the American scriptwriter behind Batman Begins and The Dark Knight.

However, he won't be the one actually writing the script for Sandman. That honor falls upon Jack Thorne. He's a British scriptwriter, based in Bristol, largely known for producing hard-hitting stories for television shows - Skins, This is England and Shameless are amongst his credits. He won a BAFTA for Best Drama for The Fades.

Insofar as movies go, Jack Thorne was the man behind the dialogue in How I Live Now and Long Way Down. The key words then seem to be 'gritty realism' coupled with 'surreal drama'. Sounds about right then!

Unfortunately this constitutes pretty much all we know right now, other than Neil Gaiman has met with Joseph Gordon-Levitt to 'talk Sandman'. Nevertheless, things are looking good for it actually happening this time.

Clip from The Fades Written by Jack Thorne

This show is the closest to Sandman that the scriptwriter has penned so far. It might provide clues to how the movie might look. NB Strong language.

Neil Gaiman's Sandman: Award-Winning Classic Graphic Novels
The Sandman graphic novels are arguably the best in the genre. After 25 years, new fans are still finding and gaping over them. Find out why I'm a huge fan.

Sandman: Dream of the Endless
Morpheus (aka Dream) is the main protagonist of Neil Gaiman's amazing Sandman graphic novels. Discover why he's such a memorable character.

Sandman: Death of the Endless
The Grim Reaper has been envisaged many times in literature and art, but never as fabulously as in Neil Gaiman's graphic novel 'Sandman'.
Updated: 04/23/2014, JoHarrington
Thank you! Would you like to post a comment now?
4

I am so excited about this movie. I really am. I just hope that it isn't a bad movie, because my disappointment will match my current over-excitement.

Randomly read this on my train home yesterday, and your excitement really came through on this because I've still yet to read Sandman and I got really excited for the movie. It made me feel like I've got to READ this thing already :D

Sandman is the perfect place to start in my humble opinion.

Alan Moore's 'V for Vendetta' and 'The Watchmen' are very topical. I also love Joe Sacco's political stuff. Those are my recommendations.

I have been wanting to learn more about graphic novels for some time. I just didn't know where to start reading. I have loved Gaiman's novels and will definitely check out his graphic novels.

The Sandman graphic novels are arguably the best in the genre. After 25 years...

Warner Bros have bought the film rights to Bleach from Viz Media. After four ... 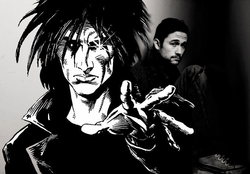 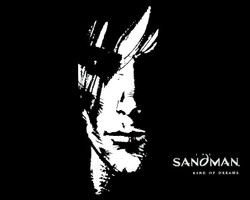 The Sandman graphic novels are arguably the best in the genre. After 25 years, new fans are still finding and gaping over them. Find out why I'm a huge fan.
60%  8   5 JoHarrington
Live Action Movies 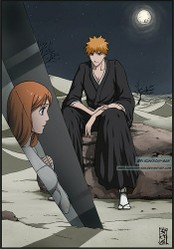 Warner Bros have bought the film rights to Bleach from Viz Media. After four feature length anime movies, this one will be live!
Loading ...
Error!