If you are a doll collector, this article will help you check which Monster High Dolls you have, which dolls you can buy and which ones are yet to be released.

Past, present and future of Monster High Dolls

Monster High characters such as Frankie Stein, Draculaura, Clawdeen Wolf, Lagoona Blue and Cleo de Nile were the first to be made as dolls. Cleo doll is available everywhere but Monster High Clawdeen Wolf Doll is very rare to find. Most stores do not have these dolls in stock. With the result, stores like Amazon charge double the usual cost for rare Monster High Dolls.

The dolls come in 8 different styles. So once a new character is made into a doll, you can expect other styles of these dolls in the future. While the first style is the typical one; in the second style, they have a different costume or makeover. They also sometimes pose with their mates. There is a 'Gloom Beach' model in which the doll is dressed in beach costume. In the 'Dawn Of The Dance' style, the dolls looks as though they are ready to dance. They change over to their night dress in the 'Dead Tired' style. Another gorgeous style is the 'Drop Dead Gorgeous' or the 'Day At The Maul'. The 'Fear Leading' model includes dolls dressed up like cheer leaders. Some Monster High Characters may not be made into dolls of in these styles. They can possibly be released in the future. For younger kids, there is a softer plush version at lower cost.

Deuce Gorgon, Holt Hyde, Gil Webber and Jackson Jekyll are the boys in the gang.

Some of the Monster High Dolls released last in 2011 are Monster High Ghoulia Yelps Doll, Spectra Vondergeist and Abbey Bominable.

I thought Nefera would be the first to be released in 2012. But a whole new series named "Sweet 1600" was released with a bang which was followed by a subtler style of dolls named "Skull Shores". Every doll in Sweet 1600 collection, especially Draculaura impresses MH fans and are top sellers even now.  Unfortunately, Skull Shores Collection, being very similar to the classic Gloom Beach(I like Gloom beach even better!) failed to attract fans.

Three new characters released by Mattel received more appreciation than our very own Draculaura or Clawdeen. They are:-

Operetta doll's style is different from other Monster High Dolls. With blood red hair and her spider-themed dress and cute guitar, she is sure to impress any doll collector.

Nefera is elder to all other dolls. That explains why she is taller than other dolls. For those who don't know, Nefera is the daughter  of  The Mummy and the sister of Cleo de Nile. While Cleo is a common sight in the doll section of all supermarkets, her sister is rare to find. The release of Nefera doll with a more mature body build gives fans a clue that Mattel is planning to match them to the standards of Barbie.

Which new Monster High Doll do you love the most?

Along with Nefera and Toralei, Comic Cons introduced the prototype of 3 other dolls. They are

1. The head-less  headmistress doll which is another innovative choice from Mattel. As such, kids make their dolls headless within 2 days of buying them. I hope Mattel makes some arrangements so that this already headless doll is safe in the hands of naughty kids.

2. Arachne doll who might even scare your child with her looks.

3.Monster High Scarah Screams doll who is the daughter of Banshee.

The company has said that one among the above three dolls will hit the stores soon. Whichever doll wins the vote, that would be the first ever scary doll in the Monster High Collection. I will update the link to buy these dolls once they are released.

Great The Desire On Me Foam Graco Load as well as Play Baby crib Cushion is very budget friendly.The square corners of this mattress additionally creates a snug suit the crib. It is made of comfy, extra firm high thickness foam. Fine.

My niece loves these! 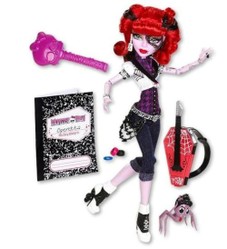 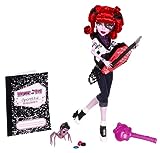 Does every single Disney Princess have to be hot to trot? Good grief. Why couldn't they leave Merida alone? She was SUPPOSED to be different!
100%  16   20 irenemaria
Vintage Dolls