A product of the 1950s, Nixie Tube Clocks continue to impress electronic aficionados through retro and vintage incarnations that celebrate their fail-safe, amber glow technology.

Nixies derive their name from NIX 1, an abbreviation for Numeric Indicator Experiment No. 1, as the laboratory designation for the cold cathode tube product finessed by the Burroughs Corporation in the mid-1950s.

Although languishing from competition in the 1970s, Nixies are still available. Volume manufacture of Nixies especially continued in the former Soviet Union in the 1980s. Escaping destruction, surplus tubes have been stored in warehouses for decades, especially in Russia and eastern European countries. With a resurgence in popularity lingering into the twenty-first century, Nixies are available, especially as clocks but also as watches, with vintage tubes from surplus warehouses and with retro styling.

Back story of a 20th century invention

Introduced ca. 1955 - 1956 by Burroughs Corporation, a business machine manufacturing giant founded in 1886 in St. Louis, Missouri, the Nixie tube derives its name from NIX 1, an abbreviation of Numeric Indicator Experiment No. 1, Burroughs' laboratory designation for the cold-cathode display tube.

Nixie tubes have enjoyed such popularity that the trade name, trademarked by the Burroughs Corporation, has become the generic name, thereby superseding the proper generic name of cold cathode neon readout tube.

Manufacture in volume continued in the former Soviet Union in the 1980s.

Fortunately, surplus tubes were not destroyed but instead were stored as surplus in warehouses, especially in Russia and eastern European countries.

The electronic device known as the Nixie tube uses glow discharge to display information via letters, numerals, or symbols which are stacked as individual units in a glass gas-filled tube.

Glow discharge references the luminous glow of plasma, which joins gas, liquid, and solid in the quartet of the four fundamental states of matter.

Each tube in a Nixie Clock houses:

The application of 175 to 180 volts of electricity between the anode and the selected cathode ionizes, or charges, the neon gas, thereby producing an amber glow which illuminates the number.

Nixie Tube Clocks exert timeless appeal, as testified by their resurgence in popularity, serving as a nostalgic bridge between the first decade of the technology-themed twenty-first century and the last five decades of the technology-oriented twentieth century.

Thanks to surplus tubes, housed in warehouses long after cessation of production in volume, Nixies are available in contemporary and retro styles. The tubes' vintage status emphasizes not only their past significance but also their future coherence.

Nixie Clock, with six ZM1210 tubes made by Telefunken

burntchestnut, I'm happy that I introduced Nixie Tube Clocks to you! They're simply amazing!

This is something I've never heard of. 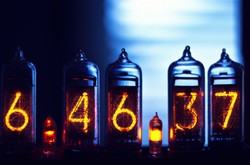 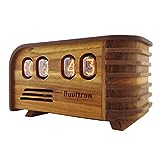 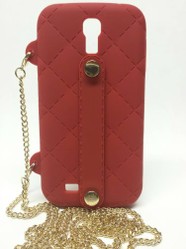 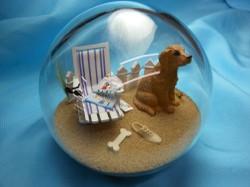