Old Hollywood glamour is the perfect theme for a wedding. You are the stars of the event, after all!

The romance, style, elegance and glamour of an old Hollywood movie premier would make an excellent backdrop for your wedding reception. Finding decor, centerpieces and props to draw your guests into the theme is half the fun.

You can go all the way or just add some vintage Hollywood touches -- the choice is up to you. Let's explore some options to bring this theme to life.

What Comes to Mind When You Think

A great place to start is by grabbing pen and paper and then sitting down, closing your eyes and letting your mind wander as you think of old Hollywood. What do you see?

Every bride has an idea of what she is trying to achieve with the atmosphere of her reception. Physically write it down. This will help you stay on track when family, friends, vendors and others make suggestions they think are cool but don't really jive with your vision.

Here are some of the things I think of when dreaming of a vintage Hollywood event:

Old Hollywood Glamour for Your Wedding

Breaking it Down to Manageable Levels

Now you have some idea of what you want to decorate. Let's look deeper into what you can use to decorate for an old Hollywood theme.

Marquee - Old Hollywood for sure!

If you are lucky enough to book an old theatre for your old Hollywood wedding or event, make sure you can have them letter a message on their marquee for you!

If you have a different type of venue without a real marquee, consider a DIY marquee project to hang outside or just inside the foyer. Your names (or name of the event) up in lights is a classic Hollywood must! 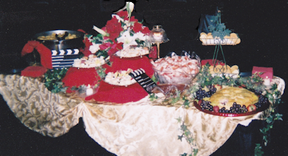 Dressing up your food presentation is an opportunity to add decor to the overall event. Think about it... a cake table, dessert buffet, food stations, etc... are all possibilities to continue your theme. find small items like Oscar statues, clapboards, top hats, faux pearls, crystal or silver candelabras, palm trees, silk ivy and more that you can strategically place on your food tables.

Layer linens in the color scheme you chose -- use different textures, colors and even prints to make an eye pleasing buffetscape or display.

Movies are a Great Source of Inspiration

For one of the Hollywood themes I have hosted, we used an vintage Academy Awards theme. It was great. From the kids we used as paparazzi when guests arrived, to the cocktail area depicting the Walk of Fame, the Hollywood Sign and vintage movie stars, to the guest table names and themed centerpieces representing past winners of "Best Picture". I had an absolute blast planning this fundraising event and ended up with more than one bride adapting the ideas for their reception.

Themed centerpieces are fun to design and actually become conversation starters. The list of "Best Picture" winners beginning in 1928, is where I started. I picked out titles that I thought could translate well into centerpieces. Some translations were more literal, while others evoked the feelings or ambiance of the film. 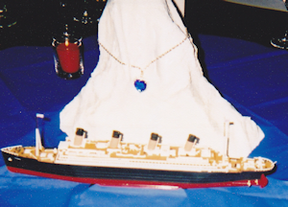 ture winner of 1997) as a must-include table. I made an iceberg out of paper mache, got

a model replica of the ship itself and found a replica of the necklace "The Heart of the Ocean" from eBay. I placed a 4" x 6" copy of the movie poster in a clear acrylic frame and placed all this on top of a piece of satin, deep blue fabric that represented the ocean. It was a hit! 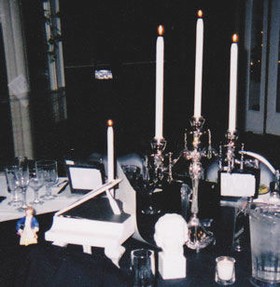 Another themed centerpiece was from the movie "Amadeus" (best picture 1985).

I found a white grand piano figurine, used a beautiful silver candelabra, a small bust of Motzart as well as a small full bodies figurine and, of course, the 4" x 6" movie poster in the clear frame. I scattered votives and a couple more taper candles to addIt was a gorgeous table!

In addition to each table having a replica 4" x 6" of its' movie poster, they each had a director's clapboard.

The clapboard pertinent information was filled out in chalk and rested on a black acrylic plate holder. 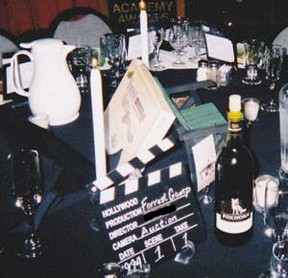 As you can see in the phot to the left, the Forrest Gump table's clapboard read:

Scene & Take boxes: Whatever you want to write. Could even be a table number to go along with the name.

If you would rather go with a themed centerpiece idea that doesn't revolve around certain movies, consider an option like one of those below. While flowers are always an option, a Hollywood theme is less likely to have bouquet after bouquet on tables. They just don't represent Tinsel Town.

for your Old Hollywood Event

Whether you are using a vintage awards theme or not, Oscars® make great decor. You can place them all around the venue -- in dead areas, at the entrance, on either side of a stage or dias, in a photo area, etc... They are very versatile.

The one pictured to the left has been with me for more than a decade. I have used him (and his friends) over and over through the years. He never fails to be the topic of conversation wherever he goes.

Try adding murals, posters or back drops as focal points or to fill a dead space. Have Paparazzi

greet your guests as they enter the venue. Use tourist attractions like the Walk of Fame, Hollywood & Vine street signs, the Hollywood Hills

or the old Grahman's Chinese Theatre on the walls or on easels. Cordon off an area and make it resemble a movie set with a backdrop, old movie camera, director's chair and megaphone.

The possibilities abound! Put that thinking cap on -- draw a floor plan of your venue and get to making your decor plan.

Celebrity Stand Ups a Must!

Who would go to a Hollywood event and not expect to see some movie stars? For a vintage Hollywood wedding or event, try incorporating movie stars and celebrities of the past like Marilyn Monroe, Charlie Chaplin, Tony Curtis,

Vintage Hollywood Wedding Invitations
A wonderful assortment of old Hollywood style invitations, save the dates and other stationary.

Hollywood Themes | Entrance Decor
It starts at the beginning... make your theme come to life the minute your guests arrive.

Hollywood Themes
This article contains a collection of articles to assist in hosting your Hollywood Themes Wedding or Event. There are so many aspects to planning a themed event, wedding or fundraiser, you need to gather and research BEFORE you start purchasing decor.

for your special event

Above all, paint a picture of what is in your head. It might include some, all or none of what's in this article. I try to inspire your creativity with these thoughts and suggestions. Make it uniquely your own. Good luck and, as they say, break a leg!

Old Hollywood Glamour -- What do you think?

That's a really complete and informative article on having an Old Hollywood themed party. I think companies will also love having this sort of theme for their Christmas party.

Ooh! Old Hollywood is a great wedding theme. There are so many creative options!

Who would have thought that you could have celebrities at your wedding. What a neat idea.

Cats are very popular wedding theme items. Here is a selection of our favorit...

Vintage weddings are all the rage right now. Everything from centerpieces to ... 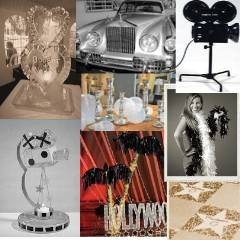 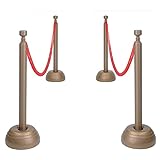 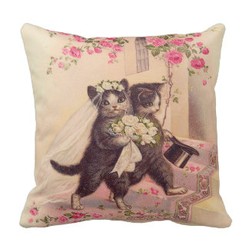 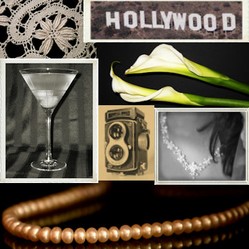 Vintage weddings are all the rage right now. Everything from centerpieces to fashion can have that romantic, vintage theme. What direction will you go with a vintage wedding?
Loading ...
Error!