Model railroads have fascinated children for many years. Currently, and for a long time now, the name Lionel stands for the model trains that many of us know best. And, older Lionel train sets are indeed collectible. In fact, individual cars are collectible. But, other companies made model railroad sets, and some of them are even more collectible.

Notice we are not restricted to model electric train when collecting older pieces. Before electricity was even available there were push trains that a child pushed by hand, and later came wind up trains that used a key to wind a spring mechanism.

Some of the major companies that produced model trains are covered here, but there were many others.

Introduction Image: This is the image of an actual steam engine that we have taken and own the rights to.

Condition and Availability Are Important

Model train cars and engines are graded, and the higher the grade the more the piece is worth.  Pieces should have the original paint, and in some cases certain colors are worth more than others, all of the parts, working parts should operate, few if any scratches and dents, and little or preferably no rust.   Engines must work.  If there are defects the value is diminished.

Repairs with authentic parts is best, and pieces in disrepair can be bought for parts at lower prices.  If possible, take a piece to a model train shop for repairs, unless you are skilled at restoring the piece.

Books are available to assist with the pricing.  As a general rule, metal pieces price higher than plastic pieces.

One of the fine German toy makers was the Bing company, operated by the Bing brothers.  When World War II was about to break out the Bing brothers fled Germany, like many other Jewish people did to England to continue toy making.  One of them continued working in England, and he eventually opened Trix, a new toy company.

Bing model trains are highly collectable today.  They were made of metal and designed to last.

Marklin was another German toy company that made model trains.  It is a company that had a long tradition.  Marklin model train pieces are well thought of by collectors, perhaps more highly regarded than Bing pieces.  However, do make certain the piece is old and collectible, since Marklin reopened after World war II.

Long before there were Lionel model trains, Ives was producing model toys, and one of its lines was model railroads.  Ives was an old, American company.

In the United States Lionel is the name associated with model trains.  This was the train children wanted in the 50s when I was a child, and apparently had a long standing reputation as the train set to own long before that.  Today, even the old catalogs are collectible, and special books show the rarity and the prices for Lionel train cars.  Older cars and engines are at a premium.  As a general rule passenger cars often price highest.

While it could be argued German train pieces might be better for collectors, Lionel benefits from the variety of old train cars available, and collectors of model trains, unlike other collectors, prefer to have working trains that they can actually run and add to.  And, the trains must have a realistic look.  While German train cars made for the American market look realistic, those made for the European market are shorter, as the real train cars were in Europe.  They look out of place when mixed with American style train cars.  Then, even if a collector gets a car for originally made for the American market, the mixing of types of train cars sometimes brings a problem with making the couplings work.

American Flyer was a lower costing alternative to Lionel model trains in the American market, and indeed did capture a large part of the Canadian market.  American Flyer was distributed by Sears Roebuck and because of the Sears catalog made merchandise easily acquired even where weather made shopping in person difficult for prolonged periods of time, ordering model trains became an attractive alternative to in person shopping.  And, model train sets were very often given as Christmas gifts, when cold and snow made personal shopping more difficult.

I had a Marx train set.  I do see Marx trains on Ebay, but they are less known than Lionel and American Flyer.  My train set was from the 50s, and made of metal.  These were durable, as I can personally attest.  The engine required three rails to operate, which looks a little strange.

Model railroading is not just about having a model train set, some track and a transformer.  Model trains are often laid out with accessories, such as gates, stations, and even entire model towns.  Older accessories are also collectible, and collectors will pay to have older, authentic pieces.

The common train sets use O or the interchangeable O-27 gauge.  These train sets are a nice size, and can be enjoyed easily.  The other gauge that is in common use today is the HO gauge, which is much narrower.  Since model trains need to look like real trains, narrowing the train cars also shortens them.

Larger gauge track requires too short of a train to be interesting unless the space for the display is increased greatly.  Not everyone can lay out a large enough display, occupying a large area, for large gauge model trains.

Lionel had a club for which special train sets were made and distributed to its members.  These sets were never available to the general public unless a club member sold one.  Occasionally, these harder to find train cars and sets are available online at Ebay or Amazon.

Collectors of the Future

Interest in model trains as collectibles comes from children who have a train set.  In the future it could be sharing with the next generation, trying to recapture a happy experience of youth, or building a collection around surviving pieces of their own old train sets.  So, as long as children receive and play with model train sets, there will be a next generation of collectors. 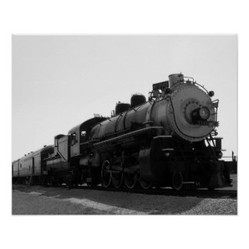