Renting a cargo van instead of a moving van can be a great way to save some money on fuel and rental costs.

Moving is so expensive. Renting a cargo van can save a lot of money compared to a moving truck. And, thanks to cargo vans with higher inside clearance, more of your stuff can be hauled without sacrificing fuel mileage. If you are making a one-way trip, definitely look at renting a moving van.

If you are doing a move from one place to another -- especially out of state -- you will likely find the need to rent a moving van or cargo van one way.

Although I’ve moved many times in my life, thankfully most of them locally, which means I don’t often have to use one-way rentals.  Instead, I normally get something called a “daily special’ where I can pick up the rental vehicle and return it a day or two later to the same location where I picked it up.

Large Moving Vehicle Versus a Small One

When I choose my rentals I like to go with as large as one as possible for my short moves so that I do not have to make more than one trip.   With fuel prices the way they are, the least amount of driving I have to do, the better.

So its important to rent a van which is large enough to get the job done, but small enough to keep from wasting energy.

They are smaller and typically rented at a lower price than other moving vehicles. Plus they typically use less money.

And, it is so much less expensive than trying to buy one!

College students, individuals, and small families can all be well suited by moving as few belongings across the country.  For those sparse moves, renting a cargo van may be a best bet.

Renting a moving vehicle is all about saving as much money possible.  With gas prices getting closer to the $4 per gallon mark, its wise to get a fuel efficient vehicle for your move.

If you can find a diesel cargo van for your one way trip you can save even more money, thanks to its fuel efficiency.  A Dodge Sprinter cargo van has a lot of space and can see fuel mileages up to 25 MPG! That ‘s almost as much as some cars.

Thankfully, it is easy to find places that provide one-way rentals of cargo vans. Just do a simple Internet search, and go with a reputable company such as Budget, Hertz, Enterprise, Uhaul -- or some other company with a lot of locations.

After all, if the worst does happen and the vehicle breaks down, you will want to have a good network to rely on.

Renting a cargo can for a one way trip isn’t for everyone.  Especially if you need more space.

And, before you start searching for one way cargo van rentals, be sure to also look around on the internet for discounts and promo codes that you might be able to use to save even more money on your rental.

I felt I had a chance of winning the contest for America's Most Desperate Lan...

When I was growing up, I always wanted to be able to do what my Dad did aroun... 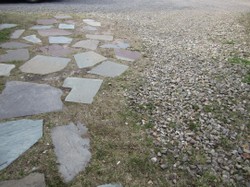 I felt I had a chance of winning the contest for America's Most Desperate Landscape. When a slow internet connection prevented me from entering I took on the challenge myself.
48%  4   4 Myniche
Carpentry 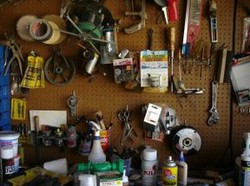 When I was growing up, I always wanted to be able to do what my Dad did around the house. This handy tool helps me to do that now!
Loading ...
Error!