This article includes a list of tips for women to stay safe while when meeting people online and an anecdote that illustrates the importance of taking precautions.

Online Dating: A Reason to Read the Safety Guidelines

There is no shame in online dating. I know folks who have had a successful relationship who met at an online dating site. I know a couple of which is happily married from a match.com. It is an ideal forum for someone who works full- time and lives in a community where it is not easy to meet people naturally. It also allows the opportunity to seek out someone with a particular profession or interest. I used to wish there was a site to meet a veterinarian.

The rules of dating have to be modified when making acquaintances online or with an application. When I used online dating 25 years ago, I abandoned any notions of heterosexual roles and etiquette. The gentlemen I met were agreeable and even seemed to expect it. After several emails and online chats (no Skype, Facetime or Facebook chat options) the gentleman would offer their phone number. After a few phone calls, they would ask for my phone number without expectation. The first face to face meeting would always be in a neutral location. I also stuck to a rule of only meeting for coffee during daylight hours. This was my notion of a "pre-date." I also had an added advantage that I commuted to college so I could meet far from home without revealing the town I lived in.

I have a strict policy of not revealing where I live to someone that I have just met. There is no way I would ever let someone I had met online know where I live.  Below I cite a scenario I hit upon which gives testament to this rule.

"It was further determined that the intoxicated man was there for an online dating first meeting with a woman in the campground. The campground was very safe and superbly managed, but I still would not have arranged a meeting such as this after dark and where I was staying on a first meeting....."

I had a membership to 1000 Trails for the two years I was RVing. I felt extremely safe in the RVing community whether I was at a state or national park, at Walmart and most especially at 1000 Trails, so I can somewhat understand the oversight on this woman's part. If I had met anyone via match.com or the like, while RVing I would have followed the same rules as seen above.

I was coming home to one of the 1000 Trails campsites one evening. I drove up to the checkpoint and the ranger had stepped away so I parked next to the kiosk. A man in a truck behind me rear-ended me and then stumbled out of his vehicle. He did not acknowledge that he had dinged my car so I went up to him and let him know. He was seriously intoxicated and barely comprehended my presence. I also noticed that he had wet himself and his fly was open. I kept my distance and when the ranger returned I told him what was going on and he called his supervisor. As the man stumble to the kiosk mumbling that he was there to see his wife. The supervisor came and she and the ranger determined the man's last name and the person in the campground who this man was coming to see. It was further determined that the intoxicated man was there for an online dating first meeting with a woman in the campground. The campground was very safe and superbly managed, but I still would not have arranged a first meeting such as this after dark, much less allow the person to access to where I am staying. It was also determined that by coincidence this intoxicated man and the woman in the campground had the same last name. From my standpoint, it was strange and creepy that the intoxicated man tried to get away with referring to the woman that he had not met as his wife.

The ranger and supervisor involved the police. The police took the man into custody and ascertained that the man had taken prescription drugs and that they needed to take him first to the hospital. If this man had somehow made it past the kiosk this first meeting, at best, would have been extremely uncomfortable. It is possible that this man was a good and safe person having an adverse reaction to prescription drugs, but it also could have been an excuse or a prescription drugs mixed with alcohol. It was not safe for this person to be driving regardless of the circumstances and the fact that he had done so is questionable on its own. I chuckle a bit to this day because as a first date this woman dodged a bullet and I was rear ended.

1) When you like someone enough to know them better over the phone or video chat let them give you their contact information, without them obtaining yours. A safe gentleman will not question this and even expect it. If they give any protest drop the contact right then and there.

2) Once you have spent time on the phone and YOU feel comfortable meeting arrange a pre-date meeting. The best situation is during daylight hours in a coffee shop. This is a neutral location and does not suggest romance or sexuality. The importance of a pre-date is that you need to establish a meet and greet before deciding to go on a formal date. This way you replace meeting in the traditional sense as in meeting at a party, potluck, church social, etc. It is not likely that you can decide or ought to decide if you want to date a person, no matter what technology you have access to until you have met in person in a non-date situation. It is also an important step in knowing for certain that you feel safe with this person.

3) One of the most important safety measures is to bring your own car for the first several meetings. If you rely on public transportation you do not have to reveal this. Sadly, driving you home may seem like an act of civilly can be a means to be in control by both in the driver's seat and finding out where you live.

4) While the internet provides many ways to connect with and also a way to screen people. Curiosity will lead you to their facebook page but you can also google search by name and if there are arrest or a criminal record. For myself a DUI translate to no meeting, no date. If someone would put innocent lives in danger they are not someone I can trust

5) Consider alternatives to meeting people. Meet-Up.com is a great site to find local activities that match your interests. The great thing about meetup is that it is not dating service, so you can meet people in a group setting without dating pressures.

Thank you for reading! Feel free to share with friends!

I really enjoyed your article! I agree, dating websites can be a great way for others to meet new people, but safety is always an issue at hand if you do not go about it the right way.

There really is someone for everyone. Using an online dating site can increa...

How to Create an Exceptional Personals Ad

Learning how to create the most effective, yet simple, personal ad is as simp... 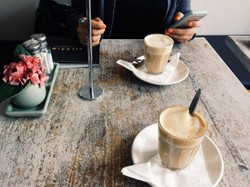 From Babies to Baby Boomers, the Added Impact of Disposable DIaperson 02/05/2016 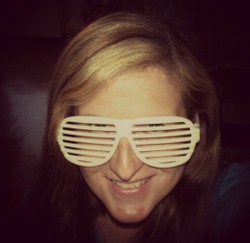 There really is someone for everyone. Using an online dating site can increase your chances of meeting that special someone. Check out these tips if you need a little help!
7%  0   1 JoyLynskey
Successful Online Dating 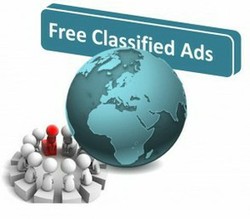 How to Create an Exceptional Personals Ad

Learning how to create the most effective, yet simple, personal ad is as simple as a few easy steps.
Loading ...
Error!