Movies that win Academy Awards are sometimes great and sometimes only a praise to great special effects. However, some Oscar winning movies should be on everybody’s “to watch” list

What makes a great movie? Is it a great script? Are those great actors? Are music, dancing and artistry what decides the winner? Is it all of the above? Sometimes it is difficult to decide what makes a movie great but without any doubt, these are the best Oscar-winning movies ever made.

No list of best movies can be compiled without including Gone with the Wind. Not only did this great movie receive 10 Academy Awards, the novel on which this movie was based won a 1936 Pulitzer Prize.

Clark Gable, Vivien Leigh, Leslie Howard and Olivia de Havilland act out an epic, yet tragic story of the Civil War and Reconstruction that came afterwards. Scenes of Tara cotton plantation burning and love scenes of that sneaky Rhett Butler forcing a kiss from Scarlett O'Hara will take your breath away.This 3 hours 44 minutes long movie will keep you glued to your seat and you will never feel the passage of time until you hear Scarlett say – “After all, tomorrow is another day!”

"I'm going to make him an offer he can't refuse."

Francis Ford Coppola’s masterpiece, The Godfather, is without any doubt one of the greatest crime movies ever made. Being based on the novel by Mario Puzo and having stars like Marlon Brando, Al Pacino, Robert Duvall, and Diane Keaton in lead roles made this movie an instant success and Oscar winner.

Raspy voice of crime family leader Don Vito Corleone, strength of character of his youngest son, Michael, a war hero and his tragic relationship with his longtime girlfriend, Kay Adams all paint a great story. However, the grand finale with the heads of five families being murdered at the same time Michael attends the christening of Connie and Carlo's son remains one of the most recognizable movie scenes ever.

Although rushed to theaters trying to take advantage of the Allied invasion of North Africa, Casablanca is in no way a half-and-half movie. Humphrey Bogart and Ingrid Bergman act out a great war story focused on a shady character of bar owner, Rick Blaine who is forced to choose between love and virtue.

He makes a difficult choice to subdue his love for a woman and help her and her husband escape from Casablanca telling her that she would regret staying with him “Maybe not today, maybe not tomorrow, but soon and for the rest of your life.” However, this movie ends with a quite strange happy end with Rick and Captain Renault walking off into a fog and Rick telling him “Louis, I think this is the beginning of a beautiful friendship.”

Casablanca won three Oscars and remains one of the most quoted movies ever.

"A census taker once tried to test me. I ate his liver with some fava beans and a nice Chianti."

The Silence of the Lambs is very different from the other movies in this list. Although it contains elements of both crime thriller and horror, this movie still managed to win Oscar for Best Picture, Best Actress, Best Actor, Best Director and Best Adapted Screenplay.

Jodie Foster and Anthony Hopkins act out a great and somewhat horrific story of a strange relationship between junior FBI agent and former psychiatrist turned cannibalistic serial killer. A lot of time is devoted to a well thought out Hannibal Lecter’s game of a quid pro quo with young agent Starling, who reveals her past in exchange for his clues about serial killer called "Buffalo Bill."

Although Lecter manages to escape, senator's daughter is rescued and the movie ends with him calling Starling to tell her that he is "having an old friend for dinner."

"Mama always said life was like a box of chocolates. You never know what you're gonna get."

Forrest Gump, a movie directed by Robert Zemeckis and starring Tom Hanks, is really difficult to categorize but it is definitely one movie that will make you think. This Oscars-winning movie also won many other awards like Golden Globe Awards, People's Choice Awards, BAFTA Film Awards and Young Artist Awards.

Entire movie depicts a story of Forrest Gump, an Alabama simpleton traveling across the world, getting awarded the Medal of Honor, participating in a Ping Pong Diplomacy, investing in Apple shares and running across the country, coast to coast. All this might not be so out of the ordinary if Forrest Gump was not also always true to his word. A truly honest guy who had no hidden agenda and no strong opinion about anything except Jenny, his mother and God. 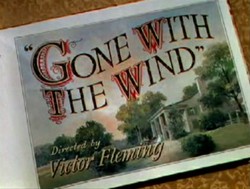