If you or a loved one has been diagnosed with ovarian cancer, here is an explanation of its stages.

These two cancers are often linked.

Stage 1 through 4 of Ovarian Cancer

A brief description of each stage.

There may be similarities between breast and ovarian cancer but there are some distinct differences. First of all, ovarian cancer is less likely to mestastasize to distant organs of the body; typically most metastases are to the abdominal area. Breast cancer has many primary sites of spread including the brain, liver, lungs, and bones.

Another major difference between the two is the staging. Here's how ovarian cancer is broken down:

Stage 1: This is the earliest stage of ovarian cancer and it is broken down in three subcategories:

Stage 1a - There is tumor involvement with only one ovary and it is inside (not on the surface). Abdominal fluid does not contain any cancer cells.

Stage 1b - There is a tumor involving both ovaries and it is encapsulated inside. There are no cancer cells in the abdominal fluid.

Stage 1c- The tumor is in one or both of the ovaries but one of them ruptured or can be found on the surface. Cancer cells are also found in abdominal fluid.

Stage 2: This stage is marked by cancer growth beyond the ovaries and is also broken down in three subcategories:

Stage 2a - The cancer is also in the uterus or fallopian tubes.

Stage 2c - Not only has the cancer spread into other areas of the pelvis, it is also evident in lining of the abdominal cavity.

Stage 3: Most cases of ovarian cancer are diagnosed at this stage and is considered advanced. There is more spread into the abdominal region, making it hard to treat. Here are the three subcategories:

Stage 3a - The cancer is in one or both ovaries, the pelvis, and cancer cells are identified in the abdominal lining and the fatty layer that hangs over the intestines.

Stage 3b - One or both ovaries are involved and there are masses of 2 cm or less that are implanted in the abdominal lining.

Stage 3c - One or both ovaries are involved and there are implantations that are greater than 2 cm in size on the abdominal lining. Lymph nodes from either behind the uterus, groin, and upper abdomen are also involved.

Stage 4: This stage is also an advanced form and it means that the cancer has spread to distant organs in the body. Although metastasis to these organs is not common, it can also spread to the pancreas, breast, colon, and stomach.

Don't be ruled by statistics.

Obviously, these two gynecological cancers are very different due to the site of origin. However ovarian cancer is very hard to detect and it usually not discovered until Stage 3 or Stage 4. Symptoms don't always manifest themselves until this point and can be confused with other illnesses. Unless diagnosed and treated at Stage 1, the five-year survival rate is much lower than that of breast cancer.

Although the statistics for survival of ovarian cancer sound dire, it is important to know that if you are diagnosed with this disease, don't be ruled by statistics. Everyone's body is fdifferent and no one else has the same case as you do. All you can do is lead the healthiest lifestyle possible by eating right, working out, and let go of stress as much you can.

The pain and emotional agony of fibromyalgia has stricken many American women...

How to Get Rid of Flabby Arms

Learn how to rid of flabby arms, arm giggle, under arm flab and that unsightl... 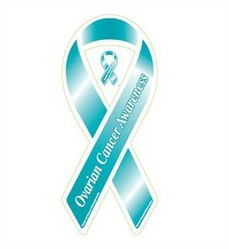 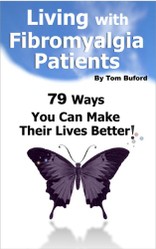 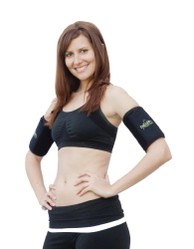 How to Get Rid of Flabby Arms

Learn how to rid of flabby arms, arm giggle, under arm flab and that unsightly waving of arms when you wave, toning arms is easy making anyone able to get rid of soft arms.
Loading ...
Error!