For a science fiction film that involves giant robots and giant alien monsters like Pacific Rim, expect a lot of merchandise to come out associated and inspired by these characters. At the center of this new movie by celebrated Mexican filmmaker Guillermo del Toro is the battle between alien invaders and mankind. Out of nowhere, giant alien monsters collectively referred to as the Kaiju start emerging from the depths of the Pacific Ocean. They wreak havoc all over the world killing millions of human beings. To protect themselves, humans build giant robots called Jaegers to combat the invaders. And so the war for supremacy on Earth ensues. Who will come out victorious? Will the monsters be able to take over the planet? Or will mankind once again find a way to defeat the seemingly invincible adversaries? See the film to find out.

Featured here are all sorts of Pacific Rim merchandise like robots, toys, posters, books, and so much more. 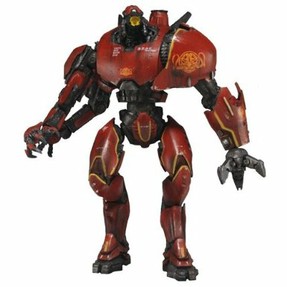 This is Crimson Typhoon, one of the prominent Jaegers featured in the movie. It's also referred to as the Chinese Jaeger since it originated from China. It was launched on August 22, 2018.

Crimson Typhoon is very different from the other Jaegers. One, it is controlled by three pilots. Most of the other Pacific Rim robots are manned by two pilots. And two, it has three robot arms instead of just two.

It ranks as one of the well-known Jaegers along with Striker Eureka, Gipsy Danger, Cherno Alpha and Coyote Tango. An action figure of Crimson Typhoon will soon be released by NECA (National Entertainment Collectibles Association). 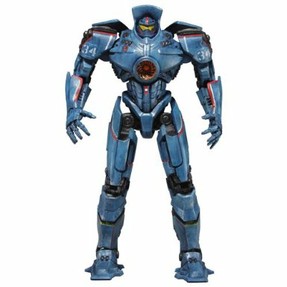 Gipsy Danger is the American Jaeger. It's among the oldest robots in the movie. The only known robot to be older than it is Coyote Tango. Gipsy Danger is also known by the moniker All American Titan. It has a confirmed Kaiju kill count of five (5).

This robot got the most exposure in Pacific Rim's promotional materials and trailers so it's to be expected that it will be one of the central characters in the movie.

The other three known Jaegers in the film are Coyote Tango from Japan, Cherno Alpha from Russia and Striker Eureka from Australia. 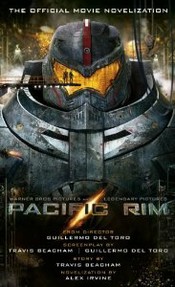 There are three titles (a graphic novel, a behind the scenes book, and an official novelization) inspired and associated with the film that are set to be released soon. These are as follows:

1. The Official Movie Novelization - If you want to read the movie in book form, this is your best choice. It's penned by Alexander Irvine, an accomplished writer who has received awards from the likes of the Crawford Award, The International Horror Guild and the Campbell Award. This is not the first time he's written a movie novelization as he's behind the books Transformers Exodus, Iron Man: Virus and Transformers Exiles.

2. Man, Machines and Monsters - If you want to get behind the scenes and find out how Pacific Rim was created and produced, this book by David S. Cohen is your best bet. This books also features a Foreword by no other than the director himself, Guillermo del Toro.

3. Tales from Year Zero - This is a graphic novel which is a prequel to the events in the film. That means that the book tells you the story of how mankind ended up fighting giant alien invaders. You'll get the back story on the different characters featured in the movie.

These posters will look great on any wall whether it's in your bedroom or in your work place.

I sure am looking forward to see this movie. Guillermo Del Toro is among my favorite filmmakers. And I'm a huge fan of Rinko Kikuchi as well.

Boy, this movie sure sound exciting! And these are some pretty awesome action figures too. 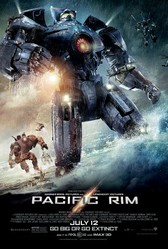 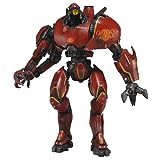