Steve Rogerson looks at what stickers are available for the Panini 2018 Fifa World Cup 2018 in Russia sticker album and how much it will cost to collect them all.

As the 2018 World Cup in Russia approaches, fans from around the world are busy collecting stickers for this year's Panini album. This article looks at what stickers are available, how to get the elusive missing stickers and how much the whole enterprise is likely to cost. You can even design your own sticker.

No World Cup is complete without the Panini sticker album and, as the excitement builds for the Fifa World Cup 2018 in Russia, fans around the world have already started collecting the stickers.

With many fans this year not making the trip to Russia because of fears of safety, even more will be watching on television, and what better companion that the completed sticker album.

The full World Cup 2018 draw is included on page two of the album (the outside and inside cover are not numbered); this gives all the matches and venues from the knock-out stage right through to the final on 15 July 2018 in Moscow. Venues for the group matches can be found on each country’s own pages. The inside front cover has sticker 00, which is the Panini logo, and sticker one the Fifa logo. The Panini web site has a section that lets you create your own World Cup 2018 sticker with a picture of your choice; this also goes on the inside front cover. Page one has another six stickers – 2 the World Cup trophy, 3-6 World Cup graphics and logos and 7 the official ball.

Pages two and three contain stickers eight to 19 and these illustrate the venues and the stadium. Pages four and five contain stickers 22 to 31 and these show the host cities. There are then four pages without stickers. Page six tells you where to buy tickets for the actual games, page seven advertises the web site where more stickers can be bought, pages eight and nine advertise the digital sticker album and the trading app.

The album then goes in the teams in more detail. Each team has two pages containing 20 stickers. One of these is a team photo and another is the logo. The other 18 are pictures of players. The two pages also show how each team qualified and gives the dates and venues of their group matches.

Page 80 has no stickers but tells the readers some World Cup records – did you know that Germany has reached the semi-final stage 13 times, more than any other team?

Cost of Collecting the Panini Stickers

A starter pack containing the album and 31 stickers is available for £3.99 (£1 dearer than last time) in the UK. However, many shops and newsagents will be giving the album plus six stickers away for free in the hope that this will encourage people to start collecting.

Each packet contains five stickers and costs 80p, 30p dearer than last time. A number of online retails are selling a box containing 100 packs for just under £80, and some are offering deals on bundles of packs.

A maths professor in the UK has estimated that filling the album will cost collectors £773.60, but Professor Paul Harper says that comes down to about £250 if ten friends work together and swap their duplicates..

The inside of the back cover of the album explains how to order missing stickers over the internet or via post. Another option is to join one of the Facebook sticker trading groups

In particular, the reference to the mascot Zabivaka ("wolf to strike") caught my attention. I find quite ecological the attention that Zabivaka inspires as a Eurasian wolf (Canis lupus lupus).

Also, I find it quite realistically thoughtful that he wears sports goggles to protect his eyes since he goes so fast. Perhaps that speediness has the same impact as it has on dogs, who like to feel the wind on their faces when they have their heads outside car windows even as such an interaction with the wind is detrimental to eye health.

Have you seen the film Alpha, from the same year (2018), about an Ice-Age friendship between a hunter and a wolf?

What beers to drink while watching the 2018 Fifa World Cup in ...

Steve Rogerson suggests some beers to drink while watching the 2018 World Cup... 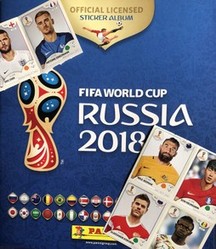 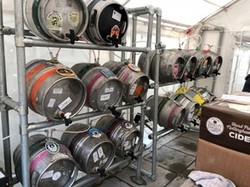 Steve Rogerson suggests some beers to drink while watching the 2018 World Cup in Russia.
49%  3   6 SteveRogerson
Football 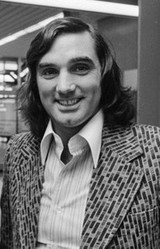 A look back at the life of one of the world’s greatest footballers
Loading ...
Error!