Find write-up on Pench National Park also a Tiger Reserve in India. Read about wild animals, birds you can see on tiger safari at Pench.

Pench National Park is one of the finest tiger havens on Earth. It is home to Bengal Tigers as well as amazing wild animals and birds. The biodiversity of the park is astounding and floral and fauna elements abound. The keystone species is the tiger but the park has a large number of Bison or Gaur which are the main attraction. This destination is also known as the Kipling Country as Mowgli the Wolf Child was supposed to have been born here. The Jungle Book is set in and around this famous National Park.

There are many tigers in the park hence it has been conserved under the umbrella of the Project Tiger Program. The main purpose is tiger conservation but in the effort whole ecosystem benefits.

The National Park is situated in the Seoni District of Madhya Pradesh in Central India. Part of the reserve lies in the State of Maharashtra. It is about two hundred kilometers from Jabalpur City and eighty km from Nagpur. Both the cities are connected by air and rail with New Delhi and other major towns. 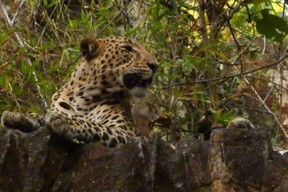 The forests are a part of the Central Indian Highlands which James Forsyth has written about so much. The tracts that extended to more than five thousand sq. km. are now fragmented. Wildlife conservation efforts have helped in saving these precious jewels that we have inherited.

Pench is a wonderful tiger reserve with unique wildlife and is situated at “Seoni Hills” in the district of Seoni in Madhya Pradesh. These Hills also find reference in the book “The Highlands of Central India” written by Capt: James Forsyth.

Tiger is the keystone species here and other wild mammals, reptiles, and insects are as exciting to see during the tiger safari in the park. The birdlife at Pench has yet to be explored and no checklist has been made so far. A large number of wetland species can be seen in winters at Totlah Doh Dam built on the River Pench which is the lifeline of the habitat.

The tiger reserve is now very famous for wildlife watching and birding tourism. A tiger safari offers sightings of Indian Tiger, Bison, Leopard, Sloth Bear, Sambar Deer, Nilgai, Spotted Deer, Wild Dogs, Barking Deer, Wild Boars, and Langurs. Indian wolf is often seen in the periphery of the tiger reserve. There are many nocturnal creatures like mongoose, porcupine, Indian civets, ratel, and many birds like nightjars and some owls like a mottled wood owl. These can be seen in night safaris outside the park as they are not allowed within the park confines.

For management purposes, the reserve has been divided into ranges. These are Karmajhiri, Kurai, and Gumtara. These ranges are subject to extensive patrolling by the forest staff in order to prevent poaching and wood logging. Adjoining the National Park lies the Mowgli Wildlife Sanctuary which adds to the forest cover.

The park is divided into Core and Buffer zones each of which receives varying degrees of protection. The core is a completely inviolate zone while the buffer is subject to minimal activity. Tourism takes place in the core area on limited jungle roads. Only jeep safaris are allowed in the park and trekking on foot is prohibited. 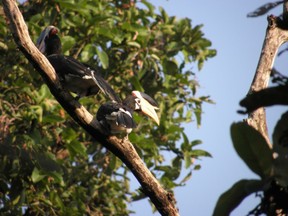 Pench is rich in birdlife though most of it is unexplored. The striking number of avian species makes this one of the most potential birding destinations in India. Due to the presence of the Totlah Doh Dam in the park, there is great scope for watching wetland as well as forest birds. A large number of migrating species arrive here in winters.

Some note able avian species are:

About a three-day visit is required to enjoy birding in this preserve. The best season is winter whence the migrants arrive.

The Highlands of Central India - Land of Korkus and Gonds
From Heaven unto the Earth a Land DivineThe Satpura Range HighlandsJames Forsyth a wonderful storyteller becoming one perhaps by an accident unlike Kipling, narr...

Saving the sink precursor to the survival of the tigers in India
The Contingency & The PA Concept   I remember my first visit to Kanha National Park in the early seventies. The Wildlife Protection Act was promulga...

Pench Forests are tropical dry deciduous mix types. The mixed forest topography offers a large variety of fruiting trees, herbs, and shrubs besides grasses. This results in an excellent food factor in which the herbivores thrive. Some of the noted trees found in the park are:

A large number of flowering trees are found at Pench. Some of the herbs include wild tulsi, touch me not, goat weed, and little glory to name a few. Bamboo is found on hill slopes but is not abundant.

Earlier in the park accommodation was available only in the forest rest house within the core area. After some time more rooms were built nearby. But all these rooms were subject to availability with preference going to public sector employees.

All the hotels in Pench National Park are situated in the periphery near the Turia Gate. The tariff ranges from budget to five-star the latter are owned by big hotel chains. Most of the resorts arrange tiger safaris and also assist in gate bookings for excursions.

pateluday, Thank you for practical information, pretty pictures and product lines.
What accounts for formerly 5,000-plus-square-kilometer tracts ending up fragmented? Is it part of dividing into ranges and buffer and core ranges? Or is it something else, like having to sell off land to developers for budgetary reasons?

Pench is a tiger heaven 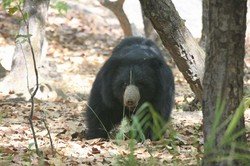