Enjoy photos of my trip to the Plant City Florida Strawberry festival this past spring. It was my first visit and I took lots of pictures.

I’m a native Floridian, and so is my mother and grandmother. Been married to two men that are native Floridians, as are both of their parents. I have a long Florida family connection and have lived here all my life except for a few years in 1980s. Traveled all over the state and seen and done lots. But I had never been to the Plant City Strawberry Festival until this past spring. I’ve seen it advertised for years and always meant to go. But it’s held in late February and I’m a tax accountant so the timing wasn’t ever right.

Well this year I left my corporate job just as the festival was winding down so hubby and I decided to take a drive over and check it out. It’s about an hour away from where I live so it was a nice day trip for us. In my mind I thought it would be lots of strawberry eating and recipes, entertainment, games and contests, maybe a square dance or two. Kind of a down home folksy event. I was wrong. It was a fair. Big midway, fair food, carnival game booths. But there were a lot of strawberry exhibits, agriculture, and the theme was definitely red and sweet. It was a fun day, just not exactly what I had expected. During the day I took lots of pictures to share, and gathered some thoughts and ideas.

I never knew how strawberries got their name.  Did you? During the day I took lots of pictures to share, and gathered some thoughts and ideas.  Sit back, relax and prepare to be induced into a pink and red strawberry sweet coma.  Enjoy!

The Main Attraction Is Of Course Strawberries

You can buy flats of strawberries, hanging baskets, and view how strawberries are grown on a farm.

You Can Ride In A Strawberry

Eat And Drink Everything Strawberry Flavored You Can Imagine

There Are The Usual Agriculture Exhibits And Animals

Naturally we went behind the scenes and observed the cow washing and vacuuming facility.

More livestock competition….baby calves….awwwww. Hubby used to have a rooster that looked like that chicken. His name was Hector and he was mean.

And Of Course The Homemaking Exhibits And Contests

We weren’t at the racing pigs show at the right time so we missed that exciting event. It was crowded an hour before the show though. Must have been something really special.

Lots Of Strawberry Crafts For Sale

And I’ll Bet You Didn’t Know You Can Get Your Teeth Whitened At The Fair Did You?

Right there in front of everybody.

The Midway Is Huge With A Large Kiddie Section Off To One Side.

And the food vendors are lined up on every aisle.

Hubby wanted to try fried butter because he saw it on Bizarre Foods. At the same stand they sold fried candy bars. Ugh! He tried a couple different ones. The fried butter actually melted inside the batter so it was like a buttered donut once it came out of the cooker.

And then of course we navigated the obligatory local Catholic Church build-your-own strawberry shortcake line. It was delicious. 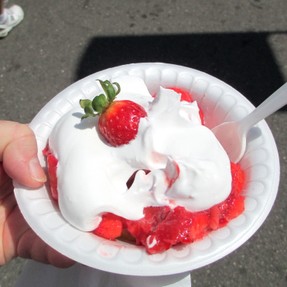 I picked up a brochure with the recipe to bring home. In the meantime I’ve made it, and although it’s not quick, it’s very good.

Rinse, drain and remove caps from strawberries. Slice lengthwise and toss with ½ cup granulated sugar; wrap and chill.
Preheat oven to 425; grease and flour one 8- inch baking pan.
In a medium bowl combine the flour; baking powder, sugar and salt. With a pastry blender cut in the shortening until the mixture resembles coarse
crumbs. Make a well in the center and add the beaten egg, milk and vanilla extract. Stir until just combined.
In a chilled bowl, whip together heavy whipping cream and powdered sugar until you have a light and fluffy consistency. Place in the refrigerator.
Spread the batter into the prepared pan. Bake at 425 for 15 to 20 minutes or until golden. Let cool partially in pan or wire rack.
Cut with 2 inch biscuit cutter and slice each in half. Place bottom half of a biscuit in center of plate and spoon 2 tablespoons of strawberry mix on
top. Add another biscuit layer and top that with another scoop of whipped cream and strawberries.
Top with a sprig of mint and try dipping the tips of a few strawberries in chocolate for an even more delectable treat!

I brought back some strawberry plants that are feeding my neighborhood squirrels quite generously. They are sending out lots of runners so next year I expect to have a bumper crop. I suppose I’ll need to cover them with chicken wire to keep out the critters.

Here Are Some Yummy Recipe Books

Remembering Florida Before Disney - My memories of day trips to old Florida roadside tourist attractions before the Mouse arrived.

Have You Ever Been To The Strawberry Festival?

Thanks poutine, it was a fun day.

Awesome! I know I'd love the Strawberry Festival, especially to eat them when it's nice in Florida and still cold and snowy in the Midwest!

It was fun, and you're right ologsinquito - very delicious. Thanks for visiting.

Hi 2uesday. Thanks for viewing, this was my first visit to a strawberry festival too.

Thanks for stopping by MikeRobbers. I love strawberries too. Looking forward to having lots of them in my backyard next spring.

Strawberries are one of my favorite fruits! Beautiful article and photography! Many thanks.

A Quick Rhubarb Strawberry Cake For a Crowd

Rhubarb, and four other ingredients, and you’re on your way to a large cake f...

Enjoy one of late summer’s favorite fruits in a rich cheesecake. My recipe ma... 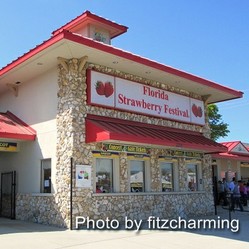 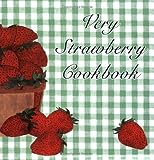 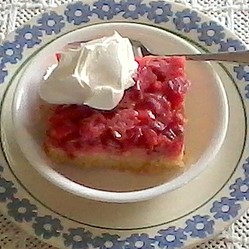 A Quick Rhubarb Strawberry Cake For a Crowd

Rhubarb, and four other ingredients, and you’re on your way to a large cake for a group feast
100%  14   8 kimbesa
Fruit Desserts 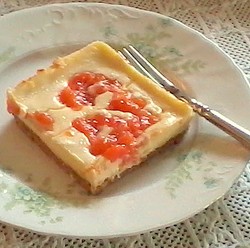 Enjoy one of late summer’s favorite fruits in a rich cheesecake. My recipe makes enough for a crowd.
Loading ...
Error!