A review of the frozen breakfast item I purchased last week for less than $3.

Product Description: A frozen breakfast option offering a variety of breakfast items such as cheese, sausage and egg inside a strudel-like crust. The product can be made in a toaster or toaster oven and can be eaten while on the go. I purchased a box of these about a week ago for a little under $3 at one of our local grocery stores and my wife and I have been making them for breakfast.

A Nice Complement to a Larger Breakfast 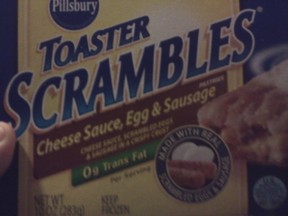 This is an item I’ve seen in the freezer section before and even remember trying at some point. However, it had been a long while since I had purchased them and, mostly because I wasn’t sure if they would be worth my money, I pretty much ignored them until I found a sale. After trying them again, I do think they were worth our money.

I’m going to start out by saying if you purchase this product with the intention of it being your only breakfast; you are going to be severely disappointed. I’ve had a couple of these and they simply were not filling enough on their own. At best, they are either a good complimentary item (perhaps with some breakfast cereal) or a good way to hold yourself over until you have time to have a bigger breakfast.

As far as taste goes, however, these did exceed my expectations. When I purchased these, I figured they would end up being very salty, like some similar items we’ve purchased in the past. However, that wasn’t the case. There’s quite a bit of cheese inside these and, at least from my experience, that is the primary flavor. The eggs and sausage that were in the scrambles I purchased were a nice compliment to that and I really had no complaints about the overall flavor.

My only real complaint about this product is it does take a while to get fully heated in our toaster oven. When we don’t have any place to go, the 10 minutes it takes us to heat these in our toaster oven isn’t that big of a deal. However, that’s just too long if we’re in a rush and, while I’m sure we could cut corners by making these in the microwave, I’m not a big fan of that option.

This is a pretty decent breakfast food choice. Again, I wouldn’t recommend expecting it to be your full breakfast. But, as long as you plan on eating this with something else (or are going to pick up something later); it is something that is worth the money.

StevenHelmer, Thank you for practical information, pretty pictures and product lines.
This sounds like one of the products that I like to have on hand when the number of all-day-breakfasting or brunching guests and of re-servings -- "Tastes like more!" -- exceeds what I've made up fresh and hot from the grill or pan.

How would the toaster scrambles taste on toast? Would that make them more of a breakfast than a partial breakfast?

Sloppy Joes are great for families that need something simple for dinner. Rea... 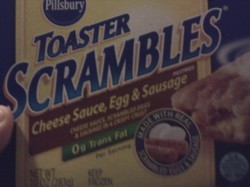 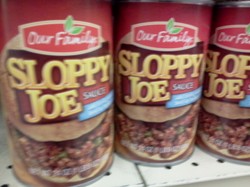 Sloppy Joes are great for families that need something simple for dinner. Read to find out the three best canned sauces.
65%  4   8 StevenHelmer
Food & Recipes