My parents just celebrated their 50th Wedding Anniversary, and my sister, brother, and I planned a party for them. Here is what we did.

Parents Can Be Extremely Hard to Plan For 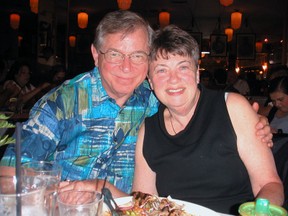 What we wanted to do was plan a party that would include as many of our close relatives as possible, while we still could, and not make it into a huge party, because it would not be as intimate.  The original plan was to make it a surprise party, but my parents spoiled that by planning a 50th anniversary trip to Alaska which we are all going on later this year (that is all 11 of us, my parents, my family, my sister's family, and my brother), so since we had to work around that, we had to tell them about the party.  Here is what we did:

Where to Have the 50th Anniversary Party

Even with just three of us on the planning committee, it was hard to decide where to have the party.  We wanted to do it on a Saturday evening, so that we could invite out of town guests who would have time to come in.

My idea was for a smaller venue, like a nice restaurant, so that they would take care of all of the food, catering, and clean up, and all we had to do was have fun.

In the end, my brother's idea won out.  My parents love baseball, so we had the event at the Cleveland Indians' Progressive Field Stadium in their Terrace Club Restaurant.  It was pricier than I wanted, but we got the room for free, just had to pay for the food and drink.  We knew that our crowd does not drink much alcohol, so that would not be a large cost.  In the end, what my parents wanted was our main focus, and we knew that they would love that idea.

Since this year my husband and I sent our daughter to Israel, had two graduations, and a new college student, we wanted to keep the cost as low as possible.  We were splitting it three ways, but still. . .

My brother and I had to cut the list of invitees to keep the numbers down, but my sister kept wanting to raise it.  In the end, we ended up with 40 guests, but that was a struggle.

Other ideas got nixed due to cost.  We did not have decorations, or centerpieces, or favors for the guests, all ideas that my sister wanted to add.  These were unnecessary costs to me, and my brother agreed.

Invitations can be very costly.  This was an area that I did not want to spend money on.  I wanted to send evites to everyone.  However, in the end, we did send out paper invitations.  The cost with invitations is not just the invitations, but the cost of the postage.  One good place to get a custom invitation for a special event like a 50th anniversary is Zazzle.  We ended up spending under $100 on the invitations that we got.

Do people really need more stuff when they are married for 50 years?

One of the best ideas we came up with, was to create a memory book as a gift for my parents.  In lieu of gifts, we asked each person to send us or bring us memories that they had of my parents, which we would collect and give to my parents at the party.  Some people wrote letters, some emailed, others provided pictures.  I collected all of these memories into a scrapbook.  The front of the scrapbook had my parents' picture, the picture at the top of this page in a frame, and the book was assembled with scrapbooking materials that can be easily purchased from Amazon, or at a local craft store.  Each of the grandchildren wrote something or made a picture that got included in the memory book.

My family has a tradition of making up a song for every occasion by changing the words to a well known song to fit the event.  My brother has the "song writing gene" for our generation, and he wrote a song about my parents which we sung at the party.

We didn't want to bore people with a narrated slide show during the party, so we decided to run both my parents' favorite music, and a slide show of pictures of my parents throughout the years in the background so people could watch or not watch while they were socializing.

In the end, we did have party favors.  My sister had fake baseball cards made up with my parents "stats" on them to give everyone.  For my parents, we made up baseball jerseys that said "50 and counting" on the front and back.

Scrapbooking Kits to Get Started on Your Memory Book

The 50th Anniversary Party Itself

Simple is better than long winded

The Menu Needs to Please an Older Crowd

We picked our menu based on what we knew the majority of the invited crowd would enjoy.  It was a buffet dinner with salmon, chicken, and beef, and side dishes of potatoes and steamed vegetables.  There were three types of salad and rolls.  We didn't want anything too fancy because most older people have restricted diets of one kind or another.  The food was a hit, and everyone found something to eat.

Our dessert menu was provided by the caterer, and was tiny pastries with coffee, tea, and iced tea.  But we wanted a special dessert, and I ordered a cake from a local baker that was custom made for the party.  I chose a cake that looked like a wedding cake on the outside, but the inside was chocolate cake with a peanut butter buttercream filling between the layers.  The frosting was a white chocolate frosting.  The cake looked and tasted divine.  It was well worth having because it added a special wedding atmosphere to the party.

One of the things I dislike about some 50th anniversary parties, is that there are too many speeches.  We wanted people to just have time to socialize and relax.  Although there were a few more speeches than we expected, the speeches at the party stayed under control.  We had no more than 30 minutes total of speeches, gifts, and presentations.

End of the Party Last Picture

In the end, as long as it is fun, then it is a success.

No matter what you decide for your 50th anniversary celebration, large or small, as long as it is a fun and memorable experience for the anniversary couple, then you have succeeded at your task.  Although our event did not end up exactly as I had originally envisioned, what we did end up with was a great party, parents who had a wonderful time, and another memory to add to the family's album.

This is a huge success in my opinion, because you never know when you will have the last time with your parents.  Each time you do spend with them, should be the best possible moment you can have.

What a great idea for an article! I was just going to have a quick look, but found myself reading every word to the end - it makes it really special that you wrote about what you did, rather than just what can be done :) Your parents are very lucky :)

You're parents look very young to be celebrating a 50th Wedding Anniversary! You are lucky have wonderful aging genes. And the party sounds like loads of fun. My husband's family had a big reunion in Pittsburgh and one of the events was attending a Pirates game. It was a fun night, with lots of fireworks at the stadium, since the home team won.

Your parents are lucky to have such caring kids! Great job. Love the personalized baseball cards you had made of them.

Oh Paula, the 50th Anniversary party that you, your sister and brother gave your parents sounds wonderful! BTW...do you need a personal assistant to go along on that Alaska trip? I could carry your bags, sweep rocks out of your way, anything you needed! LOL!

Do you believe in Prenuptial Agreements? While marriage is a traditional unio...

An embittered saga of true love steeped deep in tradition and yet bizarre and... 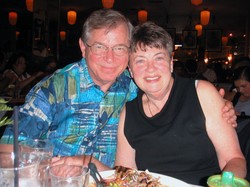 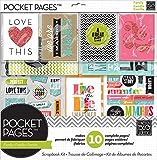 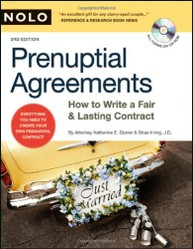 Do you believe in Prenuptial Agreements? While marriage is a traditional union between two people divorce has also become a traditional part of the marital journey.
54%  2   7 pateluday
Marriage Traditions 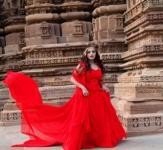 An embittered saga of true love steeped deep in tradition and yet bizarre and mythical. This is the story of young girls going through trials and travails of cryptic relationship
Loading ...
Error!