Drawing a coloring with professional Prismacolor pencils, a demonstration and tutorial with videos to walk you through the process of using these top quality pencils.

Draw And Color With Prismacolor

Prismacolor colored pencils have always been a fine type of color pencil for the artist and they are easy to use like most other pencils like the Crayola Colored Pencil range as they are both easy to blend the colors. With the Prismacolor pencils we have a demonstration tutorial to show you how to blend them and just color a basic drawing in which will give you an idea on the ways to lay down the colors on the paper.

Of course the way you apply the colors of your Prismacolor pencils is important and it's basically knowing about your light source and actually experimenting with layering the colors down on your own drawings. Trial and error work quite well for shading and blending, so lets have a look at how you can use a Black Prismacolor pencil to loosely sketch a face in the following video demonstration.

Sketching A Face With A Black Prismacolor Pencil

A random idea concept that I created just to illustrate how to sketch an idea with just Prismacolor Premier colored pencils. So starting the quick sketch I used a Red color pencil to roughly sketch in all of the fire flames of concept art. Initially I stated at the start of the video that the sketch would probably turn into a Demonic type of drawing and that's exactly what happened with the coloring of this piece of artwork.

An Orange and Yellow was then added to emphasize the flame colors and the Yellow helped to make the eyes brighter. Take a look at the video below and try and sketch something quite randomly and remember to draw faster to draw more ideas which can be developed later on.

In the following art video I attempted to draw a Horror skull tattoo idea with just the Prismacolor pencils with no other pencil sketching beforehand instead I layered in some light sketch lines with the black Prismacolor pencil and then darkened the lines once the shape of the design was established. After this I added a deep Purple to key areas of the design which was decided as the recessed shadow portions. Then a light Pink and Crimson Red was added as mid tones on the raised areas which was the White spaces that needed these extra colors to blend at a later time.

A Golden Yellow highlight was added as well as other small little touches on the Eyes. I suggested at the end of the video to go over the full drawing with a White Prismacolor pencil to smooth the colors effectively blending them together more.

Watch the video below and see for yourself how to use these quality artists pencils for sketching, drawing and coloring your art.

Sketching And Coloring A Horror Skull Tattoo With Prismacolor Pencils

Most artists agree that Prismacolor is the top of the line when it comes to c...

There is an art medium for every artist, the one that he’d love and make mast...

All about Gemma Roser Orte Illustration: Fairies in the garden, how I was ins... 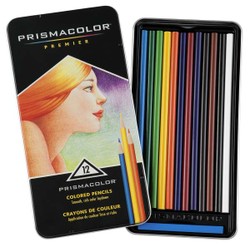 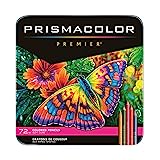 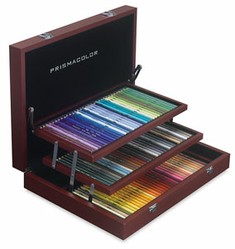 Most artists agree that Prismacolor is the top of the line when it comes to colored pencils.
27%  2   3 Deomar_Pandan
Drawing and Illustration Supplies 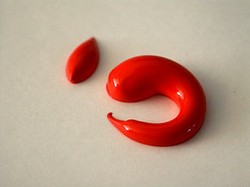 There is an art medium for every artist, the one that he’d love and make masterpieces with. What is yours? Here are the different visual art media available to you.
23%  1   3 gemmaorte
Drawing and Illustration Supplies 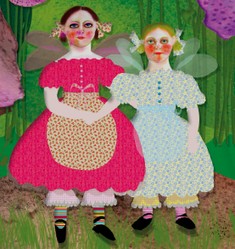 All about Gemma Roser Orte Illustration: Fairies in the garden, how I was inspired and developed the idea of the work. When reality becomes fantasy.
Loading ...
Error!