Breast-feeding in public is sometimes controversial, as a recent incident in Beverly Hills demonstrated.

Recently (2014) in Beverly Hills, California a group of mothers and other advocates of breast-feeding and doing it wherever and whenever they preferred launched a protest against a Beverly Hills retailer. The reason? One of the store managers had asked a mother not to breast feed her child while in the store unless she was willing to do so in a store bathroom. What would you do in a similar situation?
Well, in this case word of the insult spread far and wide and the resultant public and social media coverage forced the store to do some fast backtracking.

Interestingly, there is a law in California – as well as other locales – prohibiting such discrimination against feeding mothers.

Moreover, the subject of breast-feeding is actually the focus of an international effort to get more mothers to breast feed their children.

World Breast Feeding Week is an international outreach event for the breastfeeding movement and it is celebrated in over 120 countries.  While it is officially celebrated during the first week in August, a number of countries hold it on other dates.

According to the World Health Organization (WHO) and UNICEF mothers should breast feed until their child is at least two years old.  Breastfeeding is the one safe and secure source of food and fluid for infants, says WHO, and it also reduces the risk of post-partum hemorrhage in the mother, the leading cause of maternal mortality worldwide.

Another organization, the United States Breast-feeding Committee (USBC) is also working to advance breast-feeding.  The USBC is a non-profit organization that has been around since 1998 and is a coalition of more than 50 organizations seeking to improve the nation's health by working collaboratively to protect, promote, and support breast-feeding.

The U.S. Department of Health and Human Services’ Office on Women’s Health says women who breast-feed in public  “are not doing anything wrong. And even though it may seem taboo in some places, awareness of the support new mothers need is building. There are also laws that protect breast-feeding mothers.” The office’s womenshealth.gov website even gives tips on discreet public breast-feeding and what to do or say should they be confronted by someone who expresses disfavor with their actions in caring for their child.

While most people, particularly women, support breast-feeding as being beneficial for children and mothers there continues to be wide differences of opinion over breast-feeding in public places. In the Beverly Hills incident (2014), news coverage showed many passers-by who did not agree that public breast-feeding was appropriate. That debate will likely continue. But, they were equally upset that a store would go so far as to ask a mother to resort to an unsanitary bathroom location to feed her child – although the store later apologized.

Sheilamarie, you have got to a key point. Yes, stores use breasts for commercial purposes, but do they want them for their true purpose? False values, I am sad to say.

I guess the store owners would have preferred the mother to have let her baby wail and scream instead of feeding the hungry child.

It's amazing to me that the same stores that have scantily clad models on their billboards showing their breasts (though, of course, not their nipples) are more than likely the same ones that would show "shock" at seeing a woman breastfeed a baby -- the most natural thing in the world.

I apologise wholeheartedly now, and only the Brits will get this, but this has just put me in mind of the Little Britain sketch, Bitty. I hate that! Of course, breast feeding is natural and healthy for the baby - if my memory serves me correctly, Acquired Immunity is the name given to one of the benefits to the newborn, until it's own immune system kicks in. I'm sorry for the lady in Caernafon, and agree, if done discreetly, it's fine.

My mother, who was a very strict, somewhat puritanical, Roman Catholic with a strong belief in modesty never saw any wrong in women's publicly breast feeding.

If it's done correctly, breastfeeding is very discreet. My friend breastfed her 6 week old in front of me and my husband without a problem. But this was in her own home, where we were invited guests, there to meet her new son. Where it is not appropriate is (for instance) on a bus, in the middle of a supermarket or in a restaurant, cafe or food court at a table in full view of other diners. In addition, many new mothers these days have not been taught the technique correctly and are leaving themselves open to voyeurism and worse by attempting to breastfeed their baby in public when baby doesn't want to be fed.

Oddly enough, I would not object to a baby being breastfed in church, as most people will be looking forward at the clergy, and if the mother is quietly at the back with her babe, then few people will see, except the vicar, who may well have christened or baptised the babe in the first place. The same does not go for sitting at the back of a bus, unless you're lucky enough to be on one of the new ones with high backed seats, because with people coming and going, someone is likely to cop an eyeful.

Feeding babies is what breasts are for! That's why milk comes out of them!

In fact, I read an article ages ago (dodgy source, as I can't recall when, where and who by) that said that people only find breasts sexually attractive because some deep bit of the brain is going, 'Oh! She has the means to feed my baby, thus perpetuating my bloodline.' Only it doesn't quite translate like that when the mental note triggers flirt mode.

A couple of days ago, I was in a cafe in Caernafon and a woman was breast-feeding. It was all very discreet, insofar as she had a napkin or small cotton something over baby's head. But sitting across the room from her, I was in a great spot to witness all of the double-takes, as passers-by and people in the queue realised what was going on. Most of them looked at least fleetingly shocked, though no-one said a word.

In reality though, she was more covered up than I was. I had a bra and t-shirt between me and indecency. She had a baby's head and a white cloth thingie, plus she was holding her infant down low enough that her t-shirt and jumper shielded most of her bosom. Yet no-one blinked at me, and she was the one permanently blushing.

How did feeding a baby, with what nature gave you to do it, and how it's been done since time immemorial, ever become a subject for controversy and shock? And why do I get the feeling that the answer is going to lie in some mid-20th century baby milk manufacturer's marketing campaign?

Mothers have a right to go out in public with their babies, just like they do with toddlers and young children. If a mother is breast feeding her child, she has the right to do so, but it I feel it should be discreet, perhaps with a light blanket covering the child's head.

Just like we should have manners when we eat such as not chewing with our mouth open, not slurping, not blowing our nose or picking at our teeth, and so on, I'd prefer not to see a mother's full breast while I'm eating.

So reminiscent of the misplaced prudery that drove Victorians to cover up the legs of pianos lest men viewing the wooden limbs might be driven into some sort of uncontrollable sexual fury.

Pope Francis told a mother that she should breast feed in church during services if the child needed her to do so. He does not regard public breast feeding as immodest or in any way untoward.

Online pharmacies may be a less expensive alternative but are they safe? Shou...

Salt causes more than 1.65 million deaths a year, a new study suggests. What ...

Child Location Devices: They Come In Many Sizes and Prices

A missing child is a parent's worst nightmare. There are several devices that... 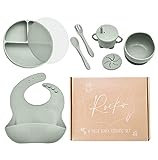 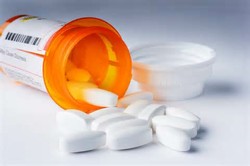 Online pharmacies may be a less expensive alternative but are they safe? Should you purchase from a pharmacy you've never heard of?
79%  3   15 TheWritingCowboy
Healthy Eating 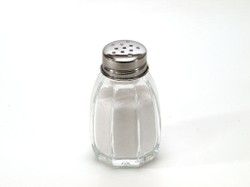 Salt causes more than 1.65 million deaths a year, a new study suggests. What can you do to lower your intake.
92%  7   17 TheWritingCowboy
Other Childcare Topics 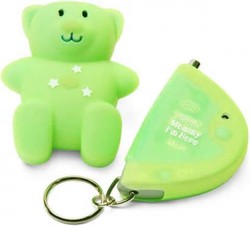 Child Location Devices: They Come In Many Sizes and Prices

A missing child is a parent's worst nightmare. There are several devices that offer alerts or track children. This article discusses the devices and which one might be best for you
Loading ...
Error!