2012 is the Queen's Diamond Jubilee. Celebrations and events will be ongoing this year. The latest announcement relates to the music, and the concert ticket allocation

Queen Elizabeth II is celebrating her Diamond Jubilee, this year 2012. Queen Victoria, Elizabeth's great, great grandmother, shares our current Queen's longevity on the throne of Great Britain. She however did not still have the man of her choice, that is her husband, by her side. The Queen and Prince Philip look set to move on into great old age with each other there for support. That is of course barring the unpredictable.

On Monday February 6, 2012 it was 60 years since the Queen ascended to the throne. The anniversary was of course tinged with sadness, as it was also the anniversary of her father's death.

Republican or royalist does not really matter in assessing the Queen. She has done a good job and looks set to continue doing so in spite of her advancing years. There have been highs and lows but 2012 is about remembering all that has been good. A time for the UK to blow its own trumpet a little and offer those in other countries a glorious spectacle. This is one area that the UK usual excels in. Pomp and ceremony.

There are many events taking place this year with the highlight being the long weekend at the beginning of June 2012. The UK May Bank Holiday, the one at the end of May, has been moved to early June so that the British people can have an extra day's leave from work. Hoorah, that is if you still have a job and also if you do not work in what is termed a vital job.

Details of the Diamond Jubilee are still being released, a good publicity ploy, and today it was the musical program that was revealed.

Are you looking forward to the Diamond Jubilee?

Perhaps although he is an American veteran performer Neil Diamond should be asked to take part. That would make for a great program. As it is the list of performers has been designed to include a mixture from over the years. When the Queen came to the throne it was before the Beatles and when Elvis was just beginning his musical career.

The choice of performers means that there are some veteran performers who are a bit long in the tooth to say the least.

Sir Elton John, Sir Cliff Richard, Sir Paul McCartney and Sir Tom Jones are amongst the veteran musicians. 60% of the final list of performers has been finalised and others include Annie Lennox, Jessie J, Madness and, JLS, So how can you get to see the show?

Tickets are not being allocated on a first come first served basis but rather by a selection process. It is claimed that this is being done to make sure that a wide variety of British people are given the chance to attend. It will also of course allow the authorities to try and avert any problems.

The ballot opened today and will run until March 2, 2012. It is only open to British citizens. The event will of course be televised. Like it or lump it the Diamond Jubilee will be hard to avoid this year, in the UK.

It looks as if artists such as Kylie Minogue may join in plus some American artists. Yes, Neil Diamond please. Apparently there is currently a re-think underway as far as MIA goes after the last weekend's Superbowl gesture.

Gary Barlow of Take That is one of the organisers of the event and is thrilled, honoured and excited to be doing this role, it seems. He has expressed how much he "loves" the Queen. I can see arise Sir Gary on the horizon. One way or another it will be an extravaganza to be remembered.

How you can apply for tickets

Ticket applicants can apply online at bbc.co.uk/diamondjubilee, or on a postcard to The Royal Diamond Jubilee Concert 2012, PO Box 798, Manchester, M60 1WU, between now and 2 March.

Applicants must be over 18 and living at a British (or British forces) postal address, and can apply only once, not multiple times.

Brian May performs at the Queen's Golden Jubilee

This kind of Jubilee definitely deserves many celebrations! I believe that there will be even more tourists visiting England because of the events. I visited London last year, fortunately one week before 'The Wedding', but crowds were already enormous. I can imagine why you 'will be trying to avoid' the pomp...

And a belated thanks for stopping by, reading and commenting Tolovaj

Wow! 60 years deserves some pomp. Actually a lot of pomp. I have no idea how feels to live in monarchy, but I bet such ceremonies have an impact on all people, not only on royalists...
I enjoyed your presentation, thanks!

Thanks John. In the UK I will be trying my hardest to avoid it :)

It will be fun to watch all the pomp and circumstance - oops ceremony - I'm American! Enjoyed all the information and look forward to the jubilee. Nice job.

Each December 23rd, thousands of people flock to Oaxaca City, Mexico, to cele... 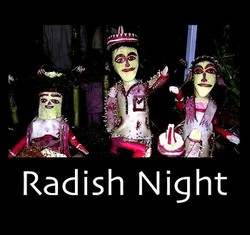 Each December 23rd, thousands of people flock to Oaxaca City, Mexico, to celebrate the annual Night of the Radishes festival.
36%  1   6 annashepherd
Other Global Holidays 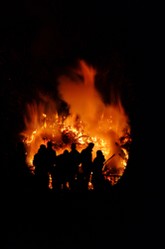