Lomax's autobiography Railway Man is a powerful story filled with love, forgiveness and compassion. The reality of war is a backdrop against which tenderness and loyalty shine.

Railway Man is a movie based on the book of the same name, which vividly captures British Army officer Eric Sutherland Lomax's experience of a Japanese prisoner-of-war work camp toward the end of World War II. The story tracks his journey to recovery from Post Traumatic Syndrome upon release from three years of hell. The action takes place well on into his life after the war. Having won the 1996 NCR Book Award and the J. R. Ackerley Prize for Autobiography, the movie may be set to become a box office hit. (Be warned that some torture scenes are quite graphic).

The building of the Burma-Siam Railway, or Thailand–Burma Railway was a cruel venture from its inception.  During the movie, it is revealed that the British had considered building the railway before the Second World War.  They had abandoned the idea as being necessarily "brutal".   It stretched 415 kilometres (258 miles) between Bangkok, Thailand, and Rangoon, Burma (now Yangon, Myanmar). It is said to have been built by the Empire of Japan in 1943, to support its forces in the Burma campaign of World War II, but it was actually built by forced labour (POWs). During the project, approximately 90,000 Asian labourers (mainly Romusha) and 12,399 Allied POWs died in the harsh and cruel conditions. This count included 6,318 British personnel, 2,815 Australians, 2,490 Dutch, about 356 Americans.  There were also some Canadians and New Zealanders.

The movies action takes place around two sets of relationships. The first is the lingering menace of memories that three men have as they try to come to terms with the ordeal.  Another is the romantic relationship between Patti and Eric Lomax, a newly married couple who struggle to deal with daily episodes of Eric's Post Trauma.  In the end, each of these relationships is resolved by an action of love. 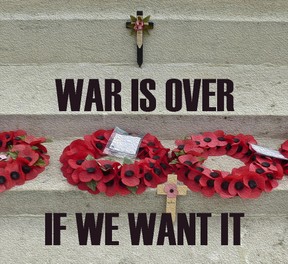 It is a story of heartbreak and courage.  It is also a story of transcendence.

Weary Dunlop, another survivor of this terrible time in history once said......

In suffering we are all equal.

A Movie About Reconcilliation

Why We Must Never Forget

Jonathan Teplitzky directed this movie and the role seemed to suite Nicole Kidman.  She performed at her best.  Many people did not like Kidman's performance in the movie Australia.  (Although I did).  As I watched this movie, I thought, "Well they will have to be satisfied with Kidman this time?"  She was refined, extremely dignified and laid back. The focus was on her husband, Colin Firth as he played the older Lomax, and with Jeremy Irvine as the young enterprising soldier who got himself into terrible hot water.  And yet, there is negative feedback about Kidman's performance on the web. "Nicole Kidman looks frozen and bizarrely queenly as Patti, the woman with whom Lomax was to find love and companionship in civilian life."  I was surprised to read Peter Bradshaw of the Guardian say this.  Perhaps one needs to be a woman to have an understanding of how a woman would feel and act under these trying circumstances?

I agree that Hiroyuki Sanada "brings dignity and restraint to the role of Nagase".  There seems to be quite a few books and movies being released at the moment that highlight what it would have been like to be living in a country regarded and reviled as a perpetrator in a war.  Another movie that comes to mind, which explores a similar theme is The Book Thief.   This movie is less graphic, but it also explores issues to do with guilt. What is would have been like for Germans who tried to protest when Hitler came to power?  Uncooperative German people did not fair well at all so it seems.

It was Nagase who spoke some of the most telling lines in the short movie.

We were all frightened.

You were the only one who told me the truth.

Strangely some reviews of the movie say that the plot was muddled! It wasn't.  When you go to see this very important re-telling of what is a powerful story about forgiveness, remember that it is about a man who is suffering from intrusive, war induced, post traumatic syndrome. (PST)  Of course, in this situation, the victim will have major flashbacks.  Of course their intrusion into the present world will be confusing. That is what flashbacks are; a confusion of the  past with the present.

When you relate to Kidman portraying Patti, remember she is a woman suddenly transported into a war zone.  Clearly it is not real, and yet it is wrecking her marriage.  Of course she looks frozen! Wouldn't you?

I suggest you go to the movie and suspend judgement.  Allow yourself to be transported into the challenging imaginary world for a short while.

Do be prepared for some graphic flashback episodes. There were times when I had to turn away.

What Can Australians Do About the Current Political Situation?
"What can I do about treatment of refugees," "I am appalled at what mining is doing to our country, but I don't know what to do about it!" These cries are now heard on many forums.
Updated: 02/04/2014, Jo_Murphy
Thank you! Would you like to post a comment now?
2 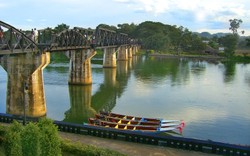